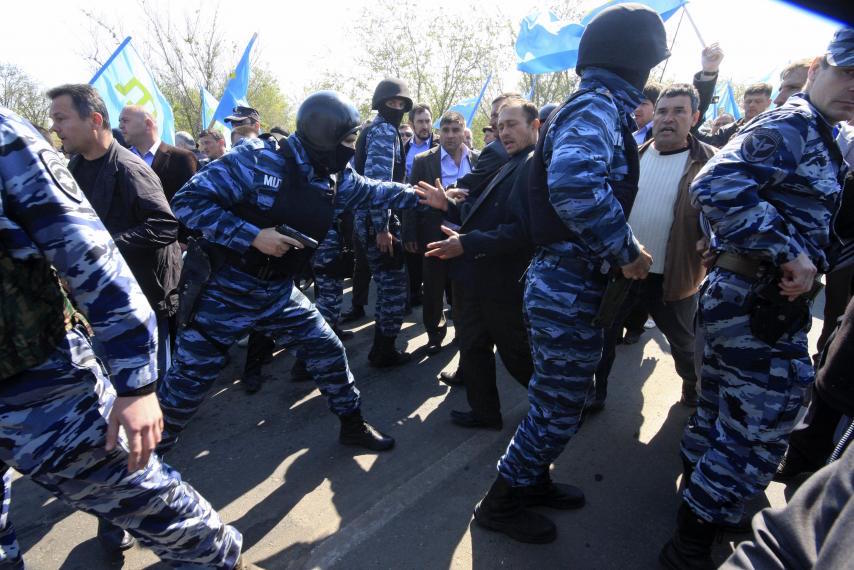 Russian security forces attempt to block the way of Crimean Tatars crossing a checkpoint in May 2014. REUTERS/STRINGER

Despite Amnesty’s call for human rights in last year’s briefing ‘Crimea in the dark: the silencing of dissent’, Russian and Crimean de facto authorities continue to intensify their persecution of political activists, dissenting voices, and ethnic Crimean Tatars.

Russian authorities have banned the Crimean Tatar Mejilis as an “extremist” organization in April 2016, and have used this ploy to further harass and persecute the human rights of this group. Members of the Mejilis are pressed with ungrounded administrative fines for private meetings, as per Russian law, as in the case of Crimean Tatar activist Ilmi Umerov who is currently facing charges that may lead up to 2 years of imprisonment for allegedly making “public calls against the territorial integrity of the Russian Federation.”

A key barrier to improving or simply monitoring the human rights situation in Crimea is access to the Peninsula, since its annexation, de facto authorities have refused entry to international and regional human rights mechanisms, among them, the OSCE High Commissioner on National Minorities and the UN Special Rapporteur on Minority Issues. The situation is further complicated by the established border with Ukraine, limiting access to the peninsula, as “access to Crimea via Russia now constitutes a Criminal offence under Ukrainian law.”

In the released statement, Amnesty International demands for unconditional and immediate access to Crimea for human rights monitoring mechanisms, to “be able to report on their findings from the ground, without any obstruction or interference by any party.”

Akhtem Chiygoz, deputy leader of the Crimean Tatar Mejilis, and prisioner of conscience, is facing outright unlawful charges, limited rights to prosecution, and may face up to 15 years in prison. He is “accused of having ‘organized mass disturbances’ in Crimea on February 26, 2014,” and to this date faces brutally partial prosecution.

He is denied physical access to his trial and is forced to take part via Skype, thus preventing interaction with his lawyer in private, and allowing for interruptions to the court hearing and his receiving audio quality due to a poor internet connection.

These remote measures are in place as Chiygoz’s physical presence in the courtroom would ostensibly pose “danger,” despite his detention less than a block away from the courthouse. 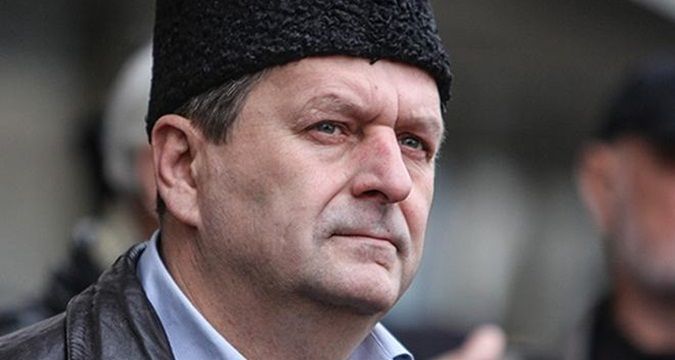 Following his arrest on January 29, 2015, Russian security services arrested five other Crimean Tatars, as part of the same criminal investigation, and accused them of participating in the same ‘mass disturbances’, three of which were released on bail, with Ali Asanov and Mustafa Dehermenzhy remaining in detention.

The prosecution is based on a total of seven secret witnesses of which only 3 have been testified, Amnesty International was not able to attend court sessions, however as per journalist reports, the witnesses “contradicted themselves in their testimonies, were inconsistent, and changed their statements repeatedly when they contradicted the prosecutions assertions.”

Mustafa Dehermendzhy appeared in court as a witness in the case against Akhtem Chiygoz and testified that he was approached by authorities and the Federal Security Service (FSB) with an “offer” to testify against Chiygoz in exchange for freedom, following this appearance his trial continues.

Russian lawyer Nikolay Polozov part of the defense team of Ilmi Umerov and Akhtem Chiygoz is faced with increasing pressure from Russian authorities, including threats of criminal prosecution for defending clients in Crimea. Polozov was forcefully extracted from his hotel in Simferopol and taken to the FSB Crimea headquarters on January 25, 2017 to be questioned by the FSB investigator in Umerov’s case.

On January 26, 2017, lawyer Emil Kurbedinov was arrested and sentenced to 10 days of administrative detention for spreading “extremist” information. 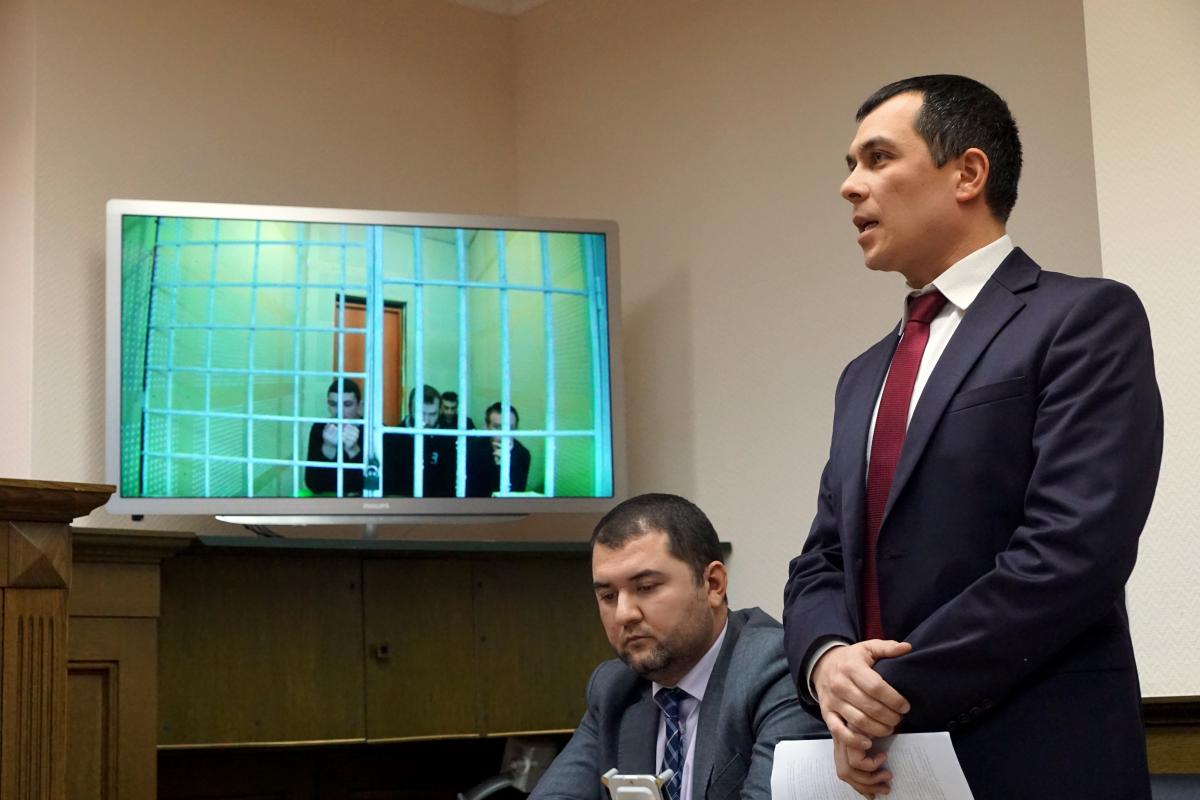 Extremism is another tactic Russian authorities use to prosecute Crimean Tatars and political activists, as allegations of connections are made with the Islamist organization “Hizb ut-Tahrir” (which is recognized as a terrorist organization in Russia).

On February 11, 2016, human rights defender Emir-Usein Kuku and Vadim Siruk were arrested and prosecuted for allegedly being involved in the Islamist organization, as per Russian law “membership of a terrorist organization carries a sentence of up to 20 years in prison.”

Amnesty International calls for increasing awareness of the deteriorating human rights situation in Crimea, intergovernmental efforts to allow access to the peninsula for human rights efforts, the need of fair trial, rights to adequate legal representation for prosecution, and the need for de facto and Russian authorities to respect essential human rights, the rights to freedom of expression, peaceful assembly and association.

A full list of recommendations is available in the Crimea in the Dark: The Silencing of Dissent briefing.

Viachaslau “Slava” Bortnik is a Chair of the Eurasia Coordination Group at Amnesty International USA.

This post was originally published on Human Rights Now.