July 24, 2019 - An increase in the number of migrants attempting to cross borders along with the border areas with Croatia, Hungary, and Romania has been noted by APC mobile team. According to the information gathered by APC/CZA mobile team, which regularly visits, informs and advises persons residing in border areas, the number of persons staying in open locations in Subotica and the surrounding area, who are increasingly trying to cross the borders, has doubled. It is even noticeable that groups of migrants who are residing at the border with Croatia are moving to Subotica, and as a reason for this, some migrants cite less violent push backs on the Hungarian border than on the border with Croatia. In addition to single men and minors from Afghanistan, there are families with children present on the open locations, as well as single women, mostly from Iraq, Iran, and Afghanistan. The families we meet on the field mostly spent 2 to 3 years in some of the camps in Serbia before coming to these locations. 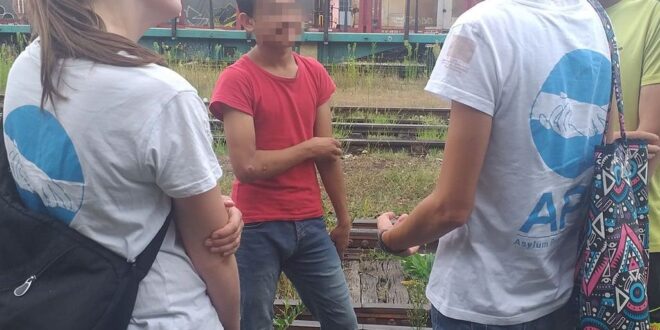 60 to 100 people are trying to cross the Hungarian border daily, and push-backs are happening every day at the Kelebija and Horgos border crossings. Migrants most often try to cross by hiding in the truck trailers, and according to information from the field, riskier ways are also used, such as holding under train wagons. This dangerous method is largely used by unaccompanied minors. Occasionally, migrants experience violent push-backs, which include the destruction of phones, kicking and punching, but they point out that lately, this is not a daily practice of the Hungarian police and that the use of violence on Hungarian border is noticeably reduced, compared with the situation on the Croatian border.

Crossing attempts at the Romanian border have also been intensified, and in addition to single men, at least 2 families a week attempt illegal crossings to Romania, usually on foot. It is most commonly tried near Mokrin, near the village of Medja, then near Vrsac and Banatska Topola. Currently, migrants from Bangladesh, Afghanistan, as well as families from Iran and Afghanistan who have previously stayed in camps in Serbia are trying to make the transition.

At the border crossings with Croatia, multiple locations are used daily crossing attempts, both on land and river. Migrants from Afghanistan, as well as fewer refugees from Bangladesh, Algeria, Morocco, and Tunisia, are using these locations for border crossings. Crossings of families on the Croatian border have not been are rare, most likely due to the increased use of violence by the Croatian police compared to the border police of other countries. Single men are trying to make illegal crossings to Croatia usually around Batrovci on foot, and then in the next larger truck parking lot, they try to get into trailers or hide under truck trailers. Also, migrants cross the territory of Croatia on foot, along a railway line in the vicinity of Bački Breg. Also, migrants in larger groups of up to 20 people are attempting to cross the territory of Croatia near Bezdan and Apatin by boat.