Belgrade, 21 July 2019 – Asylum Protection Center (APC/CZA) believes that the existing centers for accommodation of minor migrants are inadequate and urges the opening of a special center for the reception of these children.

According to the Ministry of Labor, there are currently between 300 and 600 unaccompanied migrant children in Serbia, and they are being taken care of by the concerned institutions - they have assigned caretaker, they are provided with accommodation, psychosocial support etc. ,but Asylum Protection Center (APC/CZA) considers that the existing centers for their accommodation are inadequate and appeal for the opening of a special center for the reception of these children.

"The accommodation offered to these children is not good enough because they are accommodated together with adults and opening of a center exclusively for unaccompanied minors would be a solution that would provide them with the protection and care they need, APC/CZA psychologist Jana Stojanovic tells Tanjug.

She claims that the number of these children is constantly increasing and that, according to APC/CZA estimates, there are around 500 unaccompanied minors in Serbia right now. 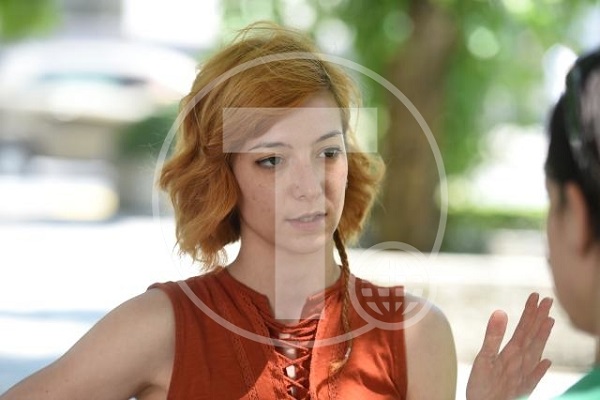 She states that APC/CZA encounter such children on a daily basis and meet them in the streets, parks, and see them sleeping outdoors.

" Unaccompanied minors are in majority in Belgrade and some of them are accommodated in the Asylum Center in Krnjaca," Stojanovic said.

She also points out the problem of data inconsistency, stating that according to the APC/CZA data, as of June, there were close to 500 unaccompanied migrant minor children in Serbia, and according to MUP data, only 390 were registered in Serbia from the beginning of the year until July.

There are several children who have never been registered, Stojanovic warns, explaining that they often avoid registration, fearing that it will be a problem for them if they manage to move to some European country, which is their ultimate goal.

The most numerous are teenagers between the ages of 14 and 17, and the increase in younger children is noticeable.

"We have come into contact with children who are only 9 years old and travel alone without their parents and guardians and anyone who cares for them," says Stojanovic, who warns that they are heavily influenced by older groups, which presents big danger for them.

Speaking about the procedures, Stojanovic stated that anyone who comes in contact with a person who declares himself a minor and travels alone is obliged to contact the Center for Social Work, which further takes responsibility for caring about minor, determining custody and his/hers staying in accommodation facilities, while the police oversees registration. However, Stojanovic states that the capacities of the Centers for Social Work are not enough to be able to respond to every call.

Majority of the minors are housed at the Krnjaca Asylum Center, then at the Institution for the Education of Children and Youth and in the Jovan Jovanovic Zmaj Home, which is part of the Center for the Protection of Infants, Children and Youth in Belgrade.

However, Jana Stojanovic warns that the way they are accommodated is problematic since a large number of children are being taken to centers together with adults, even though this is not the place for them.

"That is why they are often at risk of being abused, they are often victims of violence, subject to various abuses, easy to manipulate because they come in contact with different people," Stojanovic says.

She stated that the minor migrants themselves complained that they do not feel safe in such centers, because the adults threaten them, try to rob them, break into rooms and that this is not the place they should be.

"Therefore, the only adequate solution to this problem is the establishment of a special center for the placement of unaccompanied migrant children, where they would have all the necessary care appropriate to their age, and it would also be much more rational to engage the capacity of professional institutions," Stojanovic concludes.