Bujanovac, Preševo, Vranje, Pirot, June 24, 2019 – APC/CZA mobile team regularly visits border areas in southern Serbia, as well as transit and reception camps for migrants and refugees in Presevo, Vranje, Bujanovac, Pirot, Nis, Dimitrivograd and elsewhere. They represent the first contact point for migrants and refugees who enter Serbia across its southern borders, providing them with information, legal assistance and assistance with registering at a police station, obtaining registration papers with which they can be accommodated in one of the reception or asylum centers in Serbia, they can express their asylum intention, report corruption, discrimination, smuggling, crimes and human trafficking. In addition, the APC/CZA psychosocial team provides psychological assistance and empowers migrants, helping them to get appropriate health care, to obtain a caregiver if they are unaccompanied minors, to obtain social care and assistance from local welfare centers, but also empowering them to overcome their existing challenges. 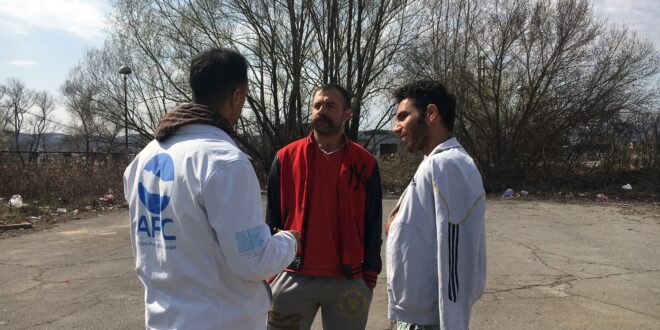 The APC /CZA collects information about situation in camps, about living conditions of migrants and refugees and their treatment by camp administrations, representatives of institutions and citizens, on respect for asylum seekers and migrants, their problems, potential discrimination, violence, trafficking, smuggling, push-backs and other challenges of asylum and migration.

Through fieldwork, talks with migrants and refugees and insight into the local situation, from April 22 to June 24, 2019, APC / CZA officials identified current problems, challenges and practices in the southern areas and at the borders of Serbia.

Method of registration and accommodation in the reception center in Bujanovac

During a regular visit to the Bujanovac reception center, APC / CZA lawyer and psychologist gathered information from a migrant from Afghanistan who has been in Bujanovac for a long time. About the new people registration rule applied by the Commissariat for Refugees. Namely, the rule involves organizing the registration of new persons only if they stay in the camp for more than two days. Talking to people in the camp gives the impression that this rule is still valid and that the registration is not organized within the first few days after arrival, but sometimes migrants wait for more than two weeks to be registered. However, during conversations with refugees, we learned that some refugees are being registered after just one day, so it is possible that registration decisions are made depending on the current situation in the camp. Also, it is not clear who can be accommodated in Bujanovac reception center, given that according to the APC/CZA information, a young man from Afghanistan was allowed to stay in the camp in May although he was assigned to go to a camp in Pirot. Also, from a conversation with M.S. (20, Pakistan) APC officials learned that the camp administration didn't let him in Bujanovac reception center because he had been assigned to go to a camp in Pirot, so he spent the night in the camp yard because he did not have money to go to Pirot. 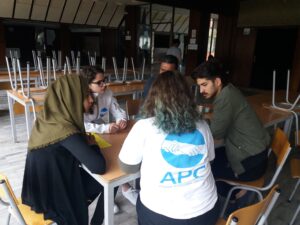 In April 2019, M.F. (34 Iran), his wife R.K. (26, Iran), and their son Karen (2), together with another Iranian family who were accommodated in Vranje camp, tried to enter Romania, but were captured by Romanian police a few kilometers deep into Romanian territory. M.F. told APC/CZA staff that the Romanian police hit him with a rubber stick and then pushed the whole group back into Serbian territory. No one in the group asked for asylum in Romania.

Deportation from Bosnia and Herzegovina

During meeting with R.M. (37, Iran), he talked with APC/CZA team members about his attempts to cross the Croatian border and about his deportation from BiH to Serbia. He boarded Serbia eight months ago and was stationed at a camp in Pirot. He first tried to cross to Bosnia, but he was caught by Bosnian police. They confiscated his money, brought him in and he spent a month in prison. After the court procedure was completed, R.M. was legally deported and handed over to Serbian police at the border crossing between Serbia and BiH (does not know the name of the crossing). After that, he returned to Pirot, from where he illegally entered Croatia 8 times, then went from Croatia to Hungary. These crossing attempts were made from November 2018 to April 2019. He was captured 8 times by Hungarian police officers and returned to Serbia every time, even though he entered Hungary from Croatia.