Bujanovac, Presevo, Vranje, July 20, 2019 – APC/CZA mobile team regularly visits border areas in southern Serbia, as well as transit and reception camps for migrants and refugees in Presevo, Vranje, Bujanovac, Pirot, Nis, Dimitrivograd and elsewhere. They represent the first contact point for migrants and refugees who enter Serbia across its southern borders, providing them with information, legal assistance and assistance with registering at a police station, obtaining registration papers with which they can be accommodated in one of the receptions or asylum centres in Serbia, they can express their asylum intention, report corruption, discrimination, smuggling, crimes and human trafficking. In addition, the APC/CZA psychosocial team provides psychological assistance and empowers migrants, helping them to get appropriate health care, to obtain a caregiver if they are unaccompanied minors, to obtain social care and assistance from local welfare centres, but also empowering them to overcome their existing challenges. 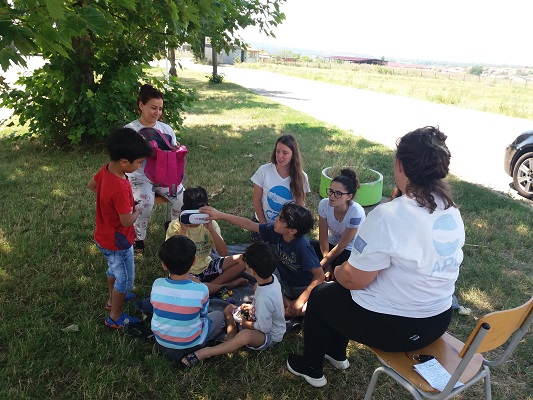 The APC /CZA collects information about the situation in camps, about living conditions of migrants and refugees and their treatment by camp administrations, representatives of institutions and citizens, on respect for asylum seekers and migrants, their problems, potential discrimination, violence, trafficking, smuggling, push-backs and other challenges of asylum and migration.

Through fieldwork, talks with migrants and refugees and insight into the local situation, from June 25 to July 19, 2019, APC / CZA officials identified current problems, challenges, and practices in the southern areas and at the borders of Serbia.

APC/CZA staff members visited the camp in Bujanovac on July 2 and talked with B.S. (24, India), B.S. (26, India), M.S. (35, Pakistan), A.R. (25, Pakistan) and J.A. (28, Pakistan), who arrived in Bujanovac that morning. The refugees told APC/CZA staff that the officials of the Commissariat for refugees were accommodating newly arrived refugees in a barrack (an accommodation container) which was set up in front of the camp in Bujanovac. According to the statements heard from refugees, migrants who are placed in the barrack are waiting for a doctor to examine them before placing them in rooms in the camp.

Push-back of Serbian police to Macedonia

During the visit to the camp in Bujanovac on June 25, APC/CZA staff members spoke with K.Z. (27, Pakistan) who entered Serbia from Macedonia on June 22. K.Z. entered Serbia in a group of 5 people from Pakistan. At the time the APC / CZA officers spoke with K.Z., he was not yet registered with the police, and he arrived at the camp in Bujanovac with the help of the locals who directed him to the camp. According to K.Z., he entered Serbia with a group of 4 Pakistanis on June 22 and arrived at the police station in Presevo. There, police told them that they had finished with refugee registration for the day and then drove them to the border and told them to go back to Macedonia. Police left after they were left at the border, and 4 hours later K.Z. and his friends tried to re-enter Serbia and this time they went directly to camp in Bujanovac.