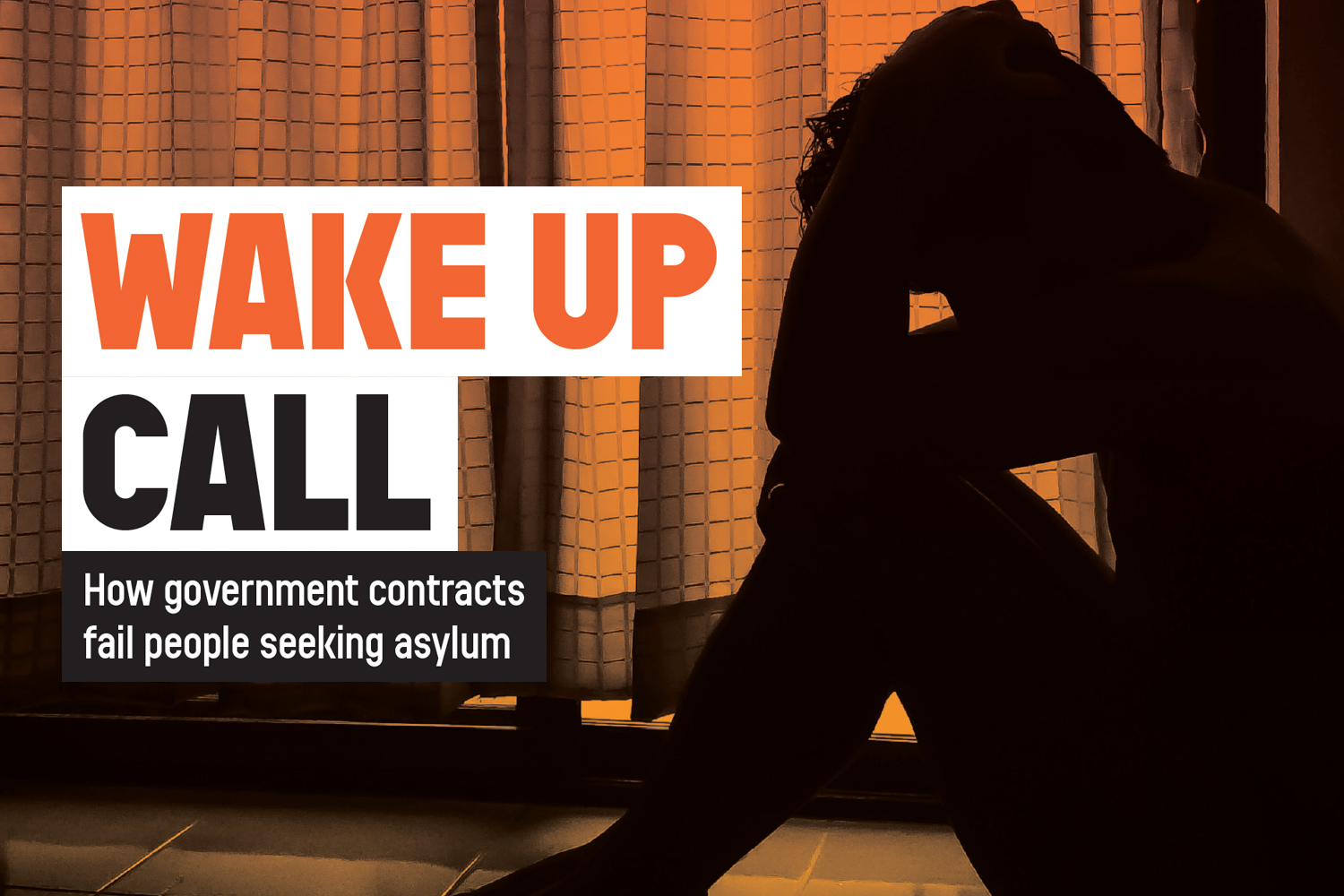 An NAO report into changes to the Home Office’s asylum support contracts in 2019 reveal that people were left languishing for too long in inappropriate short-term initial accommodation, including hotels, while others were housed in shabby and often dangerous properties.

The Home Office’s own guidelines says stays should be no more than 35 days.

An advice line set up by the Home Office for people seeking asylum also came under fire from the NAO, which highlighted the service was only set up to deal with half the number of calls it received, causing impossible delays for people in urgent situations.

Forty-two refugee support organisations have today published a report based on evidence they provided to the NAO during its investigation into the Home Office’s new asylum support contracts.

In their report, Wake Up Call, the organisations say problems that arose during the change almost fatally disrupted the asylum support system, which they say has for years operated on a knife edge and lurches from crisis to crisis.

The Home Office failed to anticipate level of demand for services, failed to make sure the change between providers was smooth, and failed to properly communicate how it would roll out the services, the organisations added.

Evidence presented to the NAO revealed problems with:

Organisations say the Home Office has learnt little from these lessons, with much of its poor response to the Covid-19 pandemic showing that it continues to run a system with serious underlying problems.

They are calling on the Government to work with refugee organisations and other stakeholders to improve the current system and prioritise the wellbeing and safety of people seeking asylum during the pandemic and beyond.

They added the Government must be transparent about how its asylum contracts are performing and share plans for the new prepaid card system contract, due to start in 2021, to make sure the change does not result in more destitution for people seeking asylum.

“The NAO report is a must read for Home Office Ministers and officials. It is also a must act. The lessons from these troubled contracts must be applied, and fast.

“Organisations such as Refugee Action stepped up to support thousands of people who were unable to access housing, financial support or advice as a result of the transition to these troubled contracts.

“Today we’re helping people affected by similar failures in the asylum system during the Covid-19 pandemic. Home Office Ministers must act fast to reform the asylum system and ensure people who have already been through so much do not suffer further from poverty, poor accommodation and homelessness.”

“The issues highlighted by the NAO today will come as no surprise to many of those living in asylum accommodation, or those who support them.

These contracts have been plagued by systemic problems since their inception, resulting in a chronic lack of transparency and poor accommodation standards.

“Lessons must be learned and acted upon – the Home Office cannot just return to business as usual.

“We have grave concerns that unless action is finally taken as we emerge out of lockdown, familiar problems will recur and the asylum system will continue to lurch from crisis to crisis.”

“During the transition of the contracts, our services were severely affected by the paralysis on the Migrant Help phone line. Volunteers were on hold, twiddling their thumbs, while people in need went without any financial support or accommodation.

“The transition period exposed deep rooted problems with a system that is unfeeling, inflexible and causes serious damage to people. The solution requires massive change: we need independent, public scrutiny of these contracts and transparency from the Home Office.”

Steve Crawshaw, Director of Policy and Advocacy at Freedom from Torture, said:

“A key focus of the new contracts was to ensure that vulnerable people have access to the support they need. The experience of torture survivors has been one of poor communication, lack of rapid or adequate response to safeguarding issues, and a failure to meet individual accommodation needs.

“More and more people are being housed in temporary, hotel accommodation, with long delays in being moved to more stable housing if at all.

“Behind the statistics and findings of this report are human stories of vulnerable people that are being failed. It’s clear that urgent action is needed now, to avoid another expensive mess, costly both to the public purse and to human lives.”