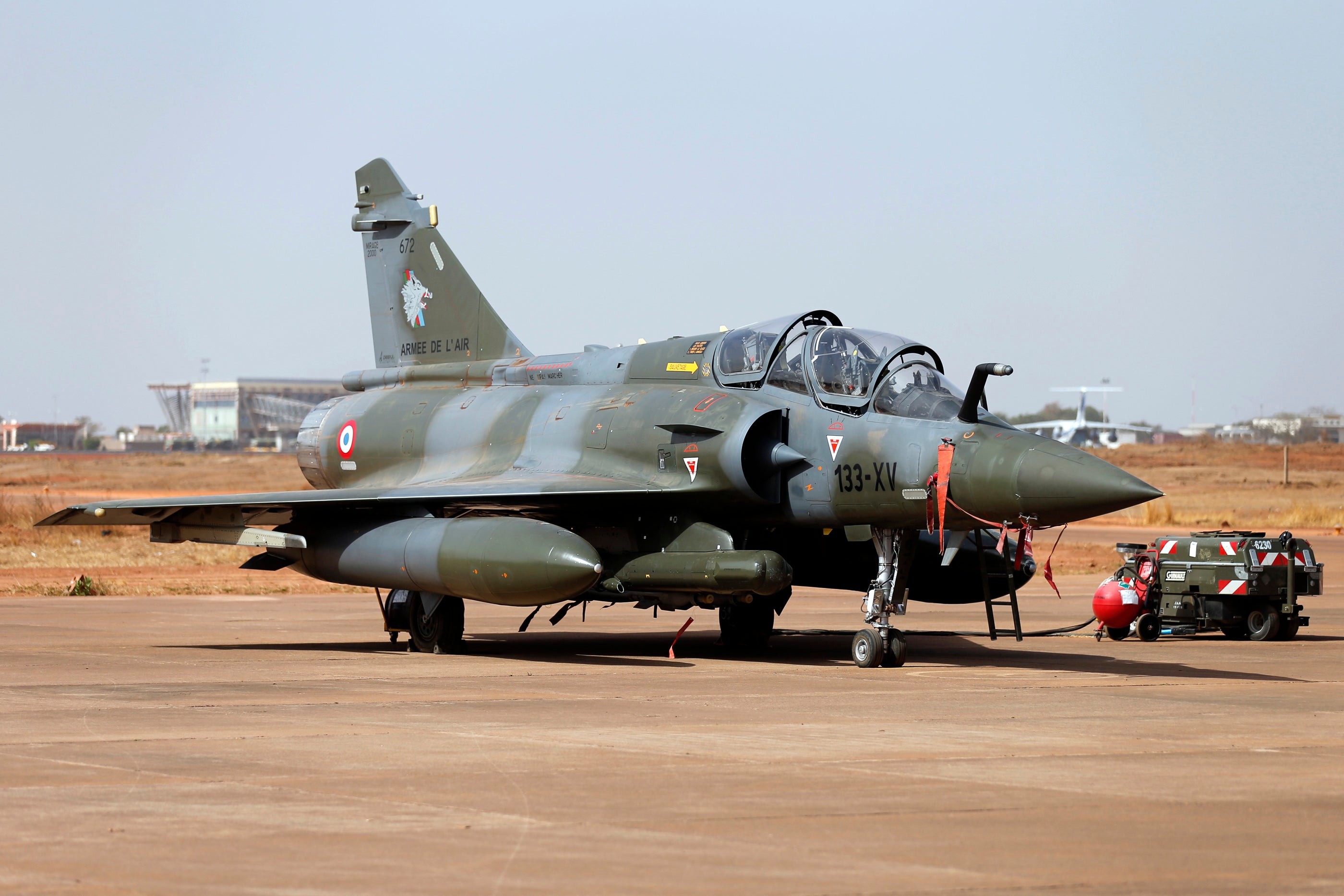 The Malian and French governments should promptly and impartially investigate the French airstrike on January 3, 2021, in central Mali that killed 19 people alleged by local residents to be civilians, Human Rights Watch said today. In a January 7 statement, the French armed forces said the attack was carried out at about 3 p.m. by two Mirage 2000 fighter jets that delivered three bombs on “a group of about 40 adult men,” killing about 30 they claim were armed Islamist fighters, north of the village of Bounti.

A local nongovernmental organization reported on the evening of the attack that a wedding ceremony outside Bounti had been bombed, killing civilians. On January 5, the French counterterrorism force operating in Mali confirmed that they had carried out airstrikes in the area that day, but contended that there was no wedding and that they had targeted the gathering of an armed Islamist group that they had been tracking over several days. Three Bounti residents, including two who were injured in the attack, told Human Rights Watch that the gathering was a wedding with many civilians present.

“Serious allegations that any civilians were killed in airstrikes need to be promptly investigated to determine the legality of the strikes under the laws of war,” said Jonathan Pedneault, crisis and conflict researcher at Human Rights Watch. “Malian and French authorities have an obligation under international law to ensure that a credible investigation is conducted thoroughly and impartially.”

On January 6, French media reported that the United Nations Multidimensional Integrated Stabilization Mission to Mali (MINUSMA) had initiated its own investigation into the Bounti incident. The following day, a source at the Malian Defense Ministry told Turkish media it was also conducting investigations. The Malian and French forces should fully cooperate with the ongoing investigation by the Human Rights Division of MINUSMA, including by providing flight plans and access to the site.

The French airstrike, carried out by its 5,000-member Barkhane force, took place days after two separate attacks using improvised explosive devices (IEDs), on December 29, 2020 and January 2, killed a total of five French soldiers within 100 kilometers of Bounti. The area around Bounti, the Cercle de Douentza in central Mali’s Mopti region, is a known area of operations for armed Islamist groups. These groups have committed numerous abuses against local civilians and state agents since 2015.

While the French statement said the Barkhane force conducted the strikes following a multi-day intelligence operation, it also said that the group targeted was only identified an hour before the strikes, when a Reaper aerial drone “detected a motorcycle with two individuals” joining the larger group.

The drone observed the gathering and ensured that no women or children were present, the statement said. The French armed forces contend that these observations, coupled with intelligence gathered over previous days, were sufficient to determine that the men targeted were part of an armed Islamist group.

In a January 10 interview with France Inter, Florence Parly, the French army minister, said she had personally verified that there was “no wedding, no women, no children, that there were men and exclusively men.”

The three Bounti residents who spoke with Human Rights Watch each said independently, however, that there was a wedding and that the men had gathered separately from the women and children due to gender segregation restrictions imposed by armed Islamist groups active in the area.

They said that the wedding had been planned over a month earlier and that people had come from other towns and villages to attend. The marriage, which the family had arranged several years earlier, was between a 16-year-old girl and a 25-year-old distant relative. Child marriage is lawful in Mali and 54 percent of girls in Mali marry before age 18. A sheep had been slaughtered and prepared in the village and women were about to deliver the meal when the attack occurred, the residents said.

“Suddenly, we heard the jet’s noise, and everything happened quickly,” a 68-year-old man from Bounti told Human Rights Watch. “I heard a powerful detonation, boom, and then another detonation. I lost consciousness for a few minutes and when I woke up, my foot was bleeding because of shrapnel, and all around me were wounded and dead bodies.”

Another man, in his 40s, who was present said the first bomb exploded and killed 17 men, while the second wounded nine, two of whom died later. “We want a thorough investigation and protection, because the state needs to avoid confusion [between civilians and combatants] in its operations,” he said.

A statement by Medecins Sans Frontieres (Doctors Without Borders or MSF) an international nongovernmental health organization, said that most of the eight men they treated were elderly. An ambulance with an MSF logo carrying three gravely injured attack survivors was forcibly held for several hours by unidentified armed men on January 5, leading to the death of one of the patients.

A witness reported that on January 15, Malian security forces arrested two men who had been injured in the Bounti attack and were being treated at the hospital in Sévaré, a town about 200 kilometers from Bounti.

International humanitarian law, or the laws of war, which governs the conflict in central Mali, requires that all attacks be directed at military targets. While not all civilian casualties indicate a violation of the laws of war, attacks cannot be indiscriminate or cause disproportionate civilian loss. Attacking forces are obligated to do everything feasible to verify that their targets are military and assess whether any expected civilian loss is excessive compared with the anticipated military gain. State parties to an armed conflict are obligated to investigate credible allegations of serious laws-of-war violations, which may be war crimes.

Malian and French authorities should assist the MINUSMA investigation by providing investigators with flight logs, strike coordinates for all aircraft operating in the area that day, and intelligence information that led to the strike. Malian authorities should immediately ensure the protection of the witnesses and victims and open a judicial investigation.

Meanwhile, the French government should investigate the strike, including the role within the chain of command. Should the investigations determine the strike to be unlawful, France should compensate civilian victims and their relatives and consider providing amends to civilians harmed regardless of any finding of wrongdoing.

“The quicker credible and impartial investigations are set up and provided with the necessary data, the more likely they will yield accurate findings and dissipate doubts and rumors,” Pedneault said. “By helping MINUSMA carry out this investigation and opening its own independent inquiry, the Malian and French governments will not only abide by their international obligations but demonstrate a commitment to protecting local populations and upholding the rule of law.”