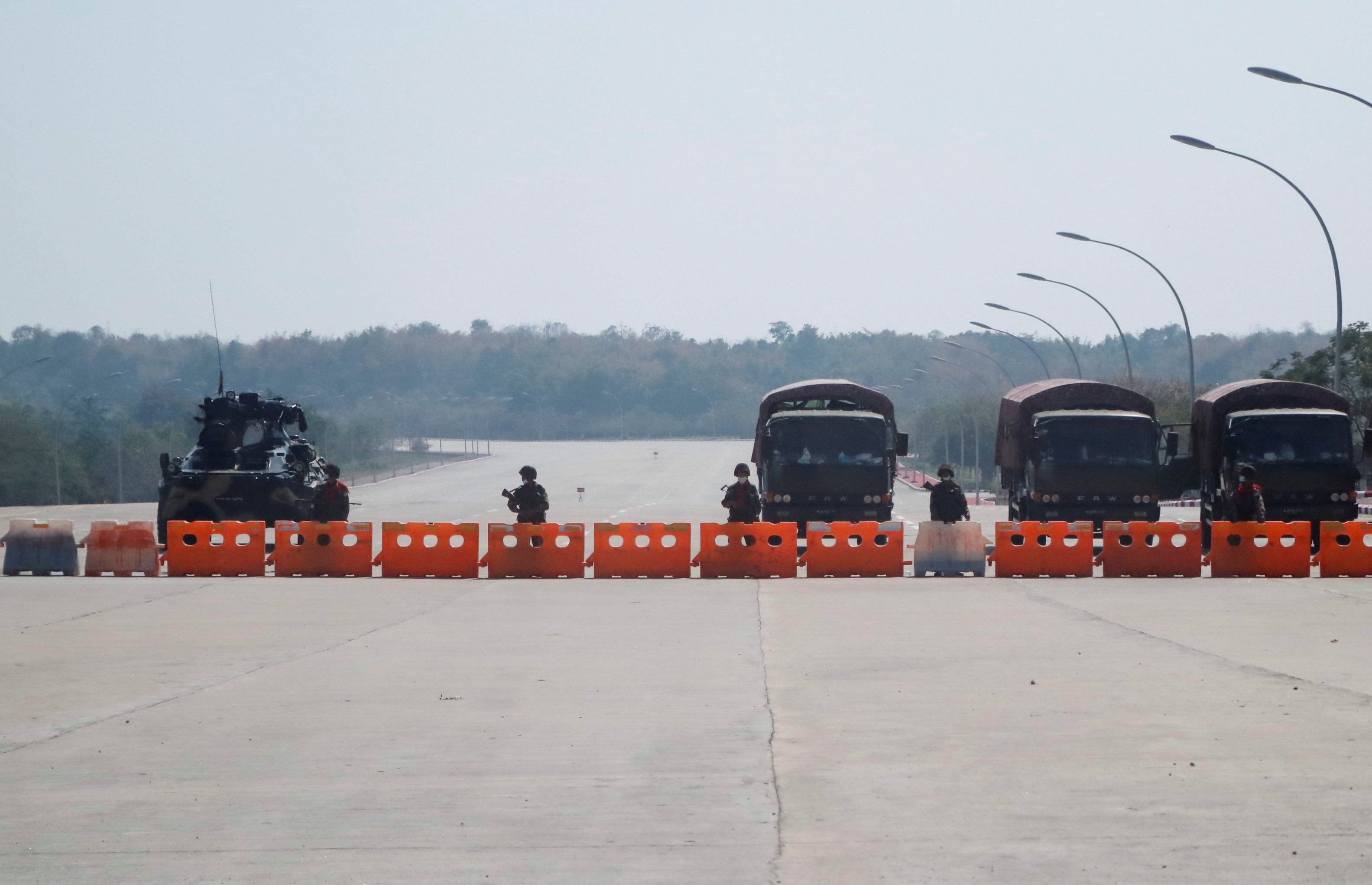 On February 1, 2021, the Myanmar military arrested the civilian leaders of the national and state governments and announced a one-year “state of emergency.” The military arrested leader Aung San Suu Kyi, President Win Myint, and several dozen other senior officials in early morning raids in the capital, Naypyidaw. The officials were in Naypyidaw for the lower house of parliament to convene after the November 2020 national elections, which the NLD won by a large margin. The military also detained NLD officials and civil society activists in other parts of Myanmar, and cut telecommunications and the internet.

“Myanmar’s new military junta should immediately and unconditionally release all detainees, rescind the state of emergency, and recognize the duly elected parliament,” said Brad Adams, Asia director. “The global community should finally act in a coordinated and sustained way to defend the Myanmar people’s fundamental freedoms and right to choose their leaders, and impose targeted sanctions and other measures to reverse military abuses.”

The military has repeatedly alleged without evidence widespread election and voter irregularities during the November elections. It claimed that the Union Election Commission (UEC) and the NLD failed to address the concerns of opposition political parties, ethnic groups, and the military, and failed to “properly perform their duties but also neglected to conduct a free, fair and transparent election.” Although some voting irregularities were noted early in the process, domestic election observers in a joint statement on January 29 said the “results of the election were credible and reflected the will of the majority of the voters.”

On January 29, the military refused to rule out seizing control of the government, though it later said that it would abide by the constitution. On February 1, the military invoked an article of the military-drafted 2008 constitution that allows it to declare a state of emergency and take control of all three branches of government. Vice-President Myint Swe, a member of the military-backed opposition party, replaced President Win Myint after his arrest. As acting president, Myint Swe then signed the authorization for the declaration of the state of emergency, transferring power to the commander-in-chief, Sr. Gen. Min Aung Hlaing. The military announced the state of emergency would last for one year, after which, it said, new elections would be held.

The authorities should immediately end arbitrary limits on freedom of expression, information, assembly, and association, Human Rights Watch said. Everyone has the right to publicly assemble and peacefully protest against the military’s actions. The authorities should avoid using force to disperse protests, regardless of whether they deem the protests unlawful. The Myanmar military has a long history of using excessive force to crack down on peaceful assemblies, raising concerns about the risk to protesters of further violations, including to the health and safety of activists, journalists, and other critics of the military.

The military junta cut internet and phone lines across large parts of the country, and throttled other communications such as 3G mobile networks prior to the military’s announcements on Myanmar state media. International law requires governments to ensure that any restrictions to information online are provided by law, are a necessary and proportionate response to a specific threat, and are in the public interest. Officials should never use broad, indiscriminate shutdowns to stop the flow of information or to infringe on people’s ability to express political views. By maintaining a blanket or even partial shutdown, Myanmar is contravening international human rights standards that require internet-based restrictions to be both necessary and proportionate.

The military commander-in-chief, Sr. Gen. Min Aung Hlaing, is credibly and directly implicated in crimes against humanity committed during the military’s “clearance operations” against Rohingya Muslims in 2017, as well as war crimes and crimes against humanity committed during military operations against the Kachin, Shan, Rakhine, and other ethnic minorities.

Several members of the military-installed government announced on February 1 are also credibly implicated in serious rights abuses. Lt. Gen. Tun Tun Naung, the junta’s appointee for border affairs, oversaw war crimes and serious abuses against civilians as the commander in Kachin State in 2013. Lt. Gen. Soe Htut, minister of home affairs since 2020, was previously on the European Union sanctions list for human rights abuses related to his role leading the military’s southern command. Gen. Mya Tun Oo, the new defense minister, has held the military’s third ranking role as the chief of general staff since August 2016, including during the 2017 ethnic cleansing campaign against the Rohingya.

Coordinated international and multilateral actions in response to the coup should include targeted economic sanctions on the military itself, its leadership, and its vast economic holdings, which provide the military with its revenue, as well as embargoes on military arms and equipment, Human Rights Watch said. Joint actions by concerned governments should be accompanied by clear statements about what the junta must do to avoid these measures, including immediately and unconditionally releasing all those arbitrarily detained, restoring democratic institutions that existed before the state of emergency, accepting the November election results, and convening the lower and upper houses of parliament.

“China, Russia, Japan, and other countries have long blocked coordinated international action to promote rights, justice, and accountability in Myanmar, but they now should be pressed to reassess their failed policies,” Adams said. “The military’s outrageous assault on democracy, following atrocities against the Rohingya, should be a clarion call for the world to act as one to finally get the military out of politics and put the interests of Myanmar’s people ahead of all other considerations.”