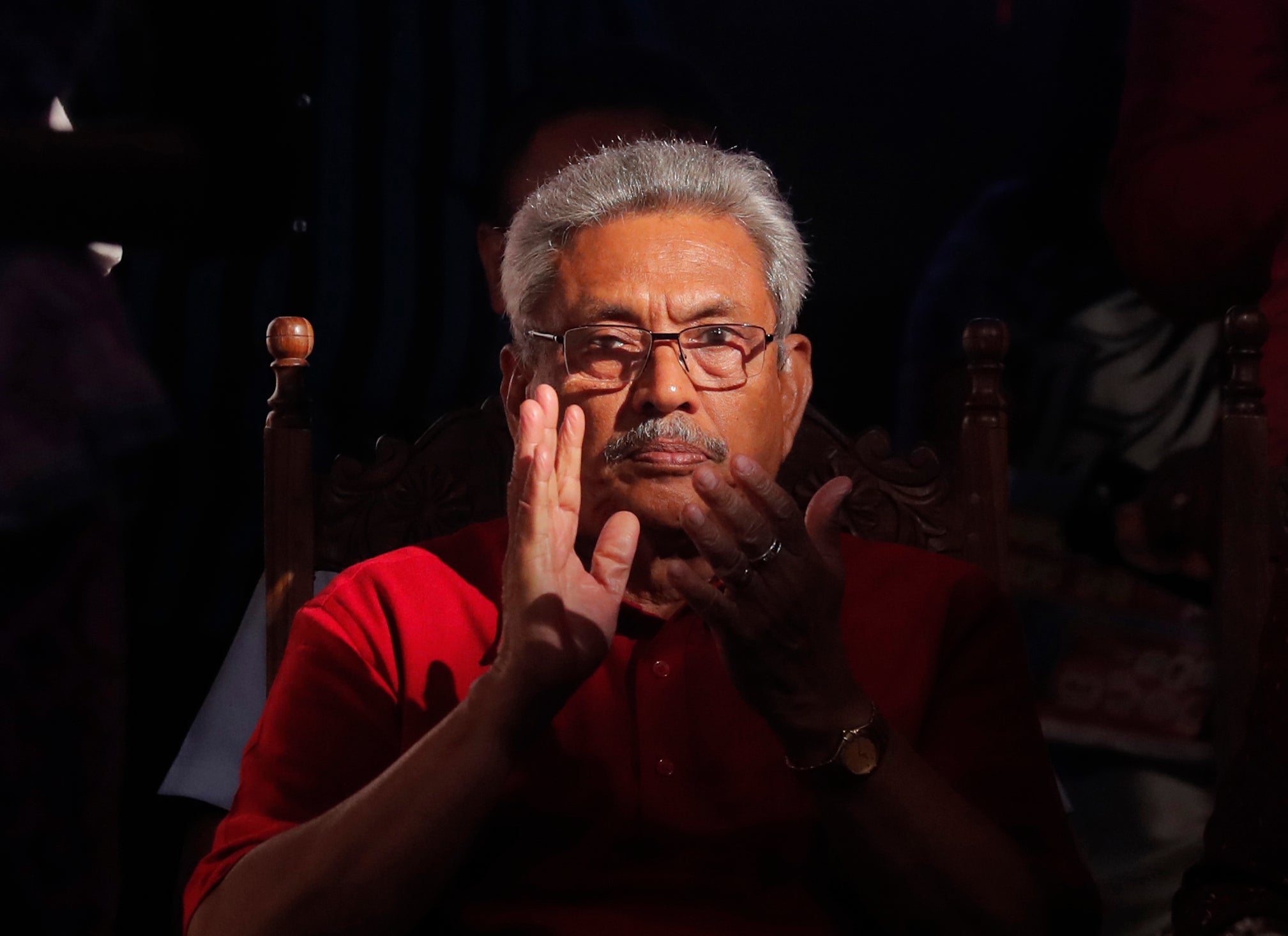 The 93-page report, “Open Wounds and Mounting Dangers: Blocking Accountability for Grave Abuses in Sri Lanka,” examines efforts by the government of President Gotabaya Rajapaksa to thwart justice in seven prominent human rights cases. It describes the current context of government repression of activists, journalists, lawyers, and the families of victims, as well as threats against vulnerable minorities. The United Nations Human Rights Council, at its session beginning February 22, 2021, should adopt a resolution upholding justice for serious international crimes in Sri Lanka and condemning ongoing abuses.

“The Sri Lankan government’s assault on justice increases the risk of human rights abuses today and in the future,” said John Fisher, Geneva director. “The UN Human Rights Council should adopt a resolution at its upcoming session that demonstrates to the Rajapaksa administration that the world won’t ignore its abuses and offers hope of justice to victims’ families.”

Efforts to provide accountability significantly declined during 2020, Human Rights Watch said. Senior police officers investigating killings and enforced disappearances committed during the Mahinda Rajapaksa administration have fled the country or been charged with apparently fabricated offenses. A commission appointed by the president has sought to interfere in criminal cases involving his allies and supporters.

Trials of military and intelligence officials accused of enforced disappearances have been delayed and disrupted. And the Rajapaksa-dominated parliament passed an amendment to the constitution that abolishes key checks on presidential power, undermining the independence of the judiciary and institutions such as the Human Rights Commission of Sri Lanka.

Atrocities by government security forces and the separatist Liberation Tigers of Tamil Eelam (LTTE) during Sri Lanka’s 26-year civil war, which ended in 2009, have been well documented by the UN, the media, and domestic and international human rights groups, including Human Rights Watch. The UN’s internal Petrie Report exposed the systemic failures of the UN to help protect civilians in the war’s final months.

Gotabaya Rajapaksa, the defense secretary in the government led by his brother President Mahinda Rajapaksa between 2005 and 2015, had direct responsibility for the conduct of government forces, which committed numerous war crimes, including indiscriminate attacks, summary executions, and rape.

Since being elected president in November 2019 he has appointed people implicated in war crimes and other serious violations to senior administration positions. He disavowed Sri Lanka’s obligations to promote truth, justice, and reparations under the Human Rights Council’s landmark 2015 resolution as an attack on the country’s “war heroes.” And he pardoned one of the very few soldiers ever convicted of abuses.

During the government of former President Maithripala Sirisena, from 2015-2019, a number of police investigations into human rights violations made progress, revealing evidence of official responsibility for killings and enforced disappearances. However, important investigations have been derailed under Gotabaya Rajapaksa’s presidency, including into the 2009 murder of newspaper editor Lasantha Wickrematunge; the 2010 forced disappearance of journalist Prageeth Ekneligoda; and the enforced disappearance by naval intelligence officers of young men for ransom in 2008-2009.

There has been no progress in other important cases in which senior officials have been implicated, including the 2006 Trinco Five massacre in which five ethnic Tamil students were killed, and the massacre of 17 members of a French aid group Action Contre la Faim.

Under Rajapaksa, self-censorship has returned to the Sri Lankan media, while security forces have carried out intense surveillance and harassment against victims’ families and activists campaigning to learn what happened to the thousands missing. One activist described the fear the new president has generated: “Any activity he does not want to tolerate, he will arrest people. So very little is going on among activists, and people are in self-censorship mode.”

A member of the advocacy group Mothers of the Disappeared, whose son was forcibly disappeared in 2009, said that since the presidential election, police from the Criminal Investigation Department have visited her repeatedly.

“They have come and asked who is going to meetings, and who is going to Geneva [to attend the UN Human Rights Council],” she said. “These are children who were taken by white vans from our houses or who surrendered [to the army]. I want to know what happened to my son, whether he is dead or alive, and if he is not alive, what happened to him and who did it – whether he was beaten, whether they broke a limb.”

Many families of victims have turned to the Human Rights Council to uphold respect for human rights in the face of government antipathy. In 2020, the government harassed activists engaging with the UN process in Geneva.

On January 21, President Rajapaksa announced a new domestic commission of inquiry to review the findings of the numerous earlier commissions of inquiry, which have not led to accountability or revealed the fate of missing people. The government has already indicated the outcome of this process, telling the Human Rights Council in September that allegations against senior military officers are “unacceptable” and without “substantive evidence.”

Previous Sri Lankan governments have used commissions of inquiry to deflect international pressure to address rights concerns, and those commissions have never met basic international standards. Human Rights Council members should not be deflected by the Rajapaksa government’s use of this tactic, Human Rights Watch said. The council should build on its own conclusions and the steps it has already taken over many years of Sri Lankan government delay, prevarication, and defiance.

Council members should uphold principles of international law for the worst international crimes by mandating a UN mechanism or process to collect, preserve, and analyze evidence, and for the UN high commissioner for human rights to report to the council on avenues to accountability. The high commissioner should also be given a renewed mandate to report on the situation inside Sri Lanka. Foreign governments should impose targeted sanctions on individuals credibly accused of serious abuses.

“The Human Rights Council should ensure that a new resolution responds to the situation described in the high commissioner’s report and upholds the council’s responsibilities,” Fisher said. “A meaningful new resolution is crucial to maintain international pressure. Failure would send a terrible message to abusers around the world that the community of nations is willing to overlook even the most terrible crimes.”