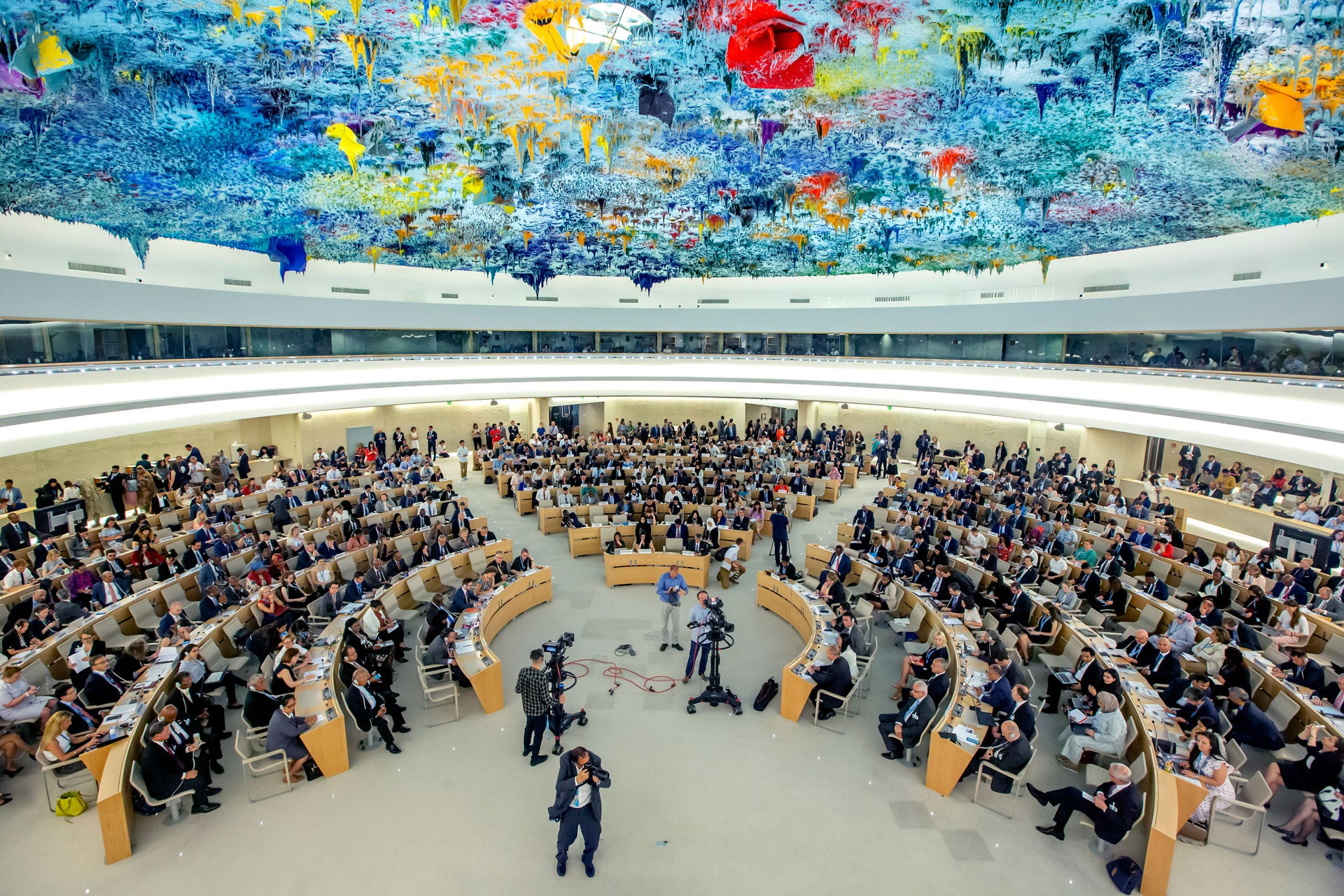 During the review, countries across all regions called on Rwanda to end torture and ill-treatment, and investigate cases of extrajudicial killings, enforced disappearances, arbitrary detention, and deaths in custody. Many countries said that Rwanda should allow journalists and activists to work independently and nongovernmental organizations to register, and protect freedom of expression, including by reforming its media law and the penal code. Several countries also said that Rwanda should protect marginalized groups, such as children living on the streets, and ensure that they are not subjected to arbitrary arrest and detention, including in “transit” centers.

“The strong criticism of Rwanda from countries across the world shows the international community’s concern about the human rights crisis in Rwanda,” said Lewis Mudge, Central Africa director at Human Rights Watch. “It’s important for these countries to follow up with the Rwandan government directly to press it to take concrete measures to adopt their recommendations.”

Established in 2006, the UPR involves a comprehensive review of the human rights records of all UN member states by other members in a rotation every five years. Local and international organizations, as well as the country under review, can contribute reports to inform the review process.

Following each review, a group of three countries collaborates with the country under review and the Office of the UN High Commissioner for Human Rights to produce an “outcome report” that includes the recommendations and the country’s responses. The Human Rights Council will adopt the outcome report at its June session.

During its January review, Rwanda received 284 recommendations from 99 countries. It accepted 160 recommendations, noted 75, and stated that an additional 49 did not enjoy their support. Rwanda should immediately act on all substantive recommendations to improve its human rights record, and UN experts, agencies, and member states should continue pressing Rwanda to halt violations, Human Rights Watch said.

Human Rights Watch made a submission for the current review, which examined the human rights situation in Rwanda since 2015 and the government’s implementation of the recommendations it received during its previous review.

In 2015, the government argued that many of the recommendations it received – some calling for key reforms or investigations into, and accountability for, serious rights violations – had been partially or fully carried out. The government also claimed, with a blanket statement, that several others were “incompatible with [Rwanda’s] domestic law and constitutional obligations,” including a recommendation calling on Rwanda to enact specific laws and policies to protect the work of human rights defenders. However, Rwanda is obliged to comply with its international law obligations and is prohibited from arguing that it is unable to do so because its domestic law is inconsistent with such obligations. The government responded to recommendations to ratify the International Convention for the Protection of All Persons from Enforced Disappearance by stating that the ratification of international instruments can only take place after the consultation and approval of the Parliament of Rwanda. To Human Rights Watch’s best knowledge, no such process has taken place.

Between 2010 and 2017, Human Rights Watch documented that Rwanda’s military frequently arbitrarily detained and tortured people, beating them, asphyxiating them, using electric shocks, and staging mock executions in military camps around Kigali and in the northwest. Most of the detainees were forcibly disappeared and held incommunicado for months on end in deplorable conditions. During the January 25 review, the Rwandan delegation dismissed allegations of torture and unlawful detention in unofficial detention facilities.

During Rwanda’s 2021 review, many countries reiterated their recommendation to Rwanda to ratify the Convention against Enforced Disappearances and the Rome Statute to become a party to the International Criminal Court. Several also urged Rwanda to allow the UN Subcommittee on Prevention of Torture and other Cruel, Inhuman or Degrading Treatment or Punishment to resume its visits. In 2017, the subcommittee suspended and nine months later canceled its state visit to Rwanda, citing obstruction from the government and fear of reprisals against interviewees. The 2018 cancellation remains the only time the subcommittee has had to stop a state visit short of its completion.

Even in cases in which Rwanda accepted recommendations in 2015, it did not necessarily lead to concrete human rights improvements, Human Rights Watch said. For example, Rwanda committed to continue efforts to protect children in difficult circumstances, such as street children, and to pass further legislation to regulate transit and “rehabilitation” centers. In its most recent submission to the Human Rights Council, Rwanda claimed that the issue was addressed through the establishment of a National Rehabilitation Service in 2017 and that 4,416 children have been through this rehabilitation process.

However, Human Rights Watch found in January 2020 that, under the new legislation, children accused of being “beggars,” “vagrants, ” or “delinquents” are effectively treated as criminals and are likely to be subjected to ill-treatment. They are arbitrarily arrested and detained in transit or rehabilitation centers in appalling conditions, without due process or judicial oversight, in violation of regional and international standards.

Rwanda is set to host the next Commonwealth Heads of Government Meeting in June. During the January 25 review, the United Kingdom urged Rwanda, as a member of the Commonwealth and its future chair, “to model Commonwealth values of democracy, rule of law, and respect for human rights” enshrined in its 1991 Harare Declaration.

Governments of the Commonwealth, especially those that made recommendations at the UPR such as Australia, Barbados, Canada, Cyprus, Fiji, Sierra Leone, and the United Kingdom, should use the Commonwealth meeting to set measurable benchmarks and urge Rwanda to carry out their recommendations. These include transparent investigations and prosecutions for deaths in custody, extrajudicial killings, enforced disappearances, torture, and arbitrary or unlawful detention; protection for journalists and human rights defenders to enable them to do their work; and an end to abuse against street children in transit centers. Failing to do so undermines the values and purpose of the Commonwealth.

Government officials traveling to Kigali should also raise specific cases. For example, they should request an international and independent probe into the death in police custody of Kizito Mihigo, a well-known activist and singer, in light of the Rwandan authorities’ failure to conduct a credible investigation that meets regional and international standards, Human Rights Watch said.

“Rwandan authorities need to go beyond empty promises and deflection to address the country’s human rights problems,” Mudge said. “To show it is willing to end impunity, the government should ensure credible, transparent investigations resulting in prosecutions of those responsible for extrajudicial killings, enforced disappearances, torture, and arbitrary and unlawful detentions. Until this happens, other governments should step up the pressure.”