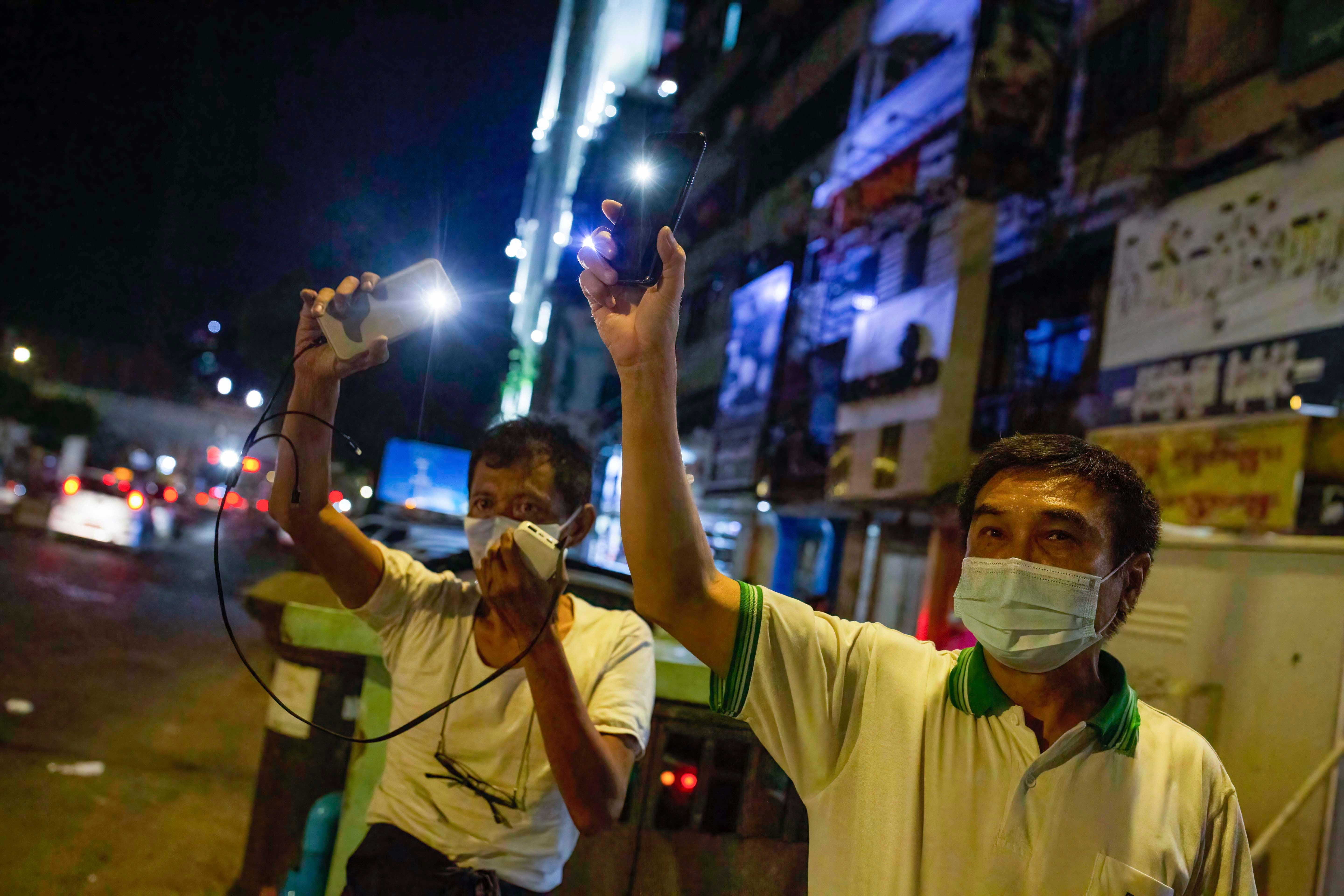 Journalists in Myanmar have reported credible threats of an imminent, broader-sweeping crackdown on media workers, and several have told Human Rights that they fear for their safety.

“A news and information blackout by the coup leaders can’t hide their politically motivated arrests and other abuses,” said Brad Adams, Asia director at Human Rights Watch. “The military should immediately release those arrested, restore access to online information, and protect the right to free expression.”

On February 4, the Assistance Association for Political Prisoners (AAPP) in Myanmar said that in addition to 133 officials and lawmakers whom the military detained at the onset of the coup, 14 activists had also been detained. On the morning of February 4, the authorities arrested 4 among about 20 protesters who had gathered outside the University of Medicine in Mandalay to oppose the coup. It is not yet known if those arrested have been charged. On February 5, the authorities detained Aung San Suu Kyi’s senior aide, Win Htein, 79, in Mayangone township. He is facing charges for his comments denouncing the coup.

Human Rights Watch called for the lifting of the February 3 and February 5 orders issued by the Transport and Communications Ministry, now fully under the control of the military, directing the blocking of social media services. The government said it was barring the use of the service because people were using it to “trouble the country’s stability.”

On February 3, the ministry ordered all mobile communications operators, international gateways, and internet service providers to cut off access to social media services owned by Facebook at least until February 7. The order went into effect on February 4, when Facebook, its Messenger app, as well as Instagram and WhatsApp, which Facebook owns, all became inaccessible on mobile data networks for people with SIM cards from the telecommunications company MPT. Telenor, a Norway-based telecommunications company, issued a statement saying that it had complied with the order that had a “legal basis in Myanmar law,” but expressed “grave concern regarding the breach of human rights.” Facebook is the main source of news and information in the country and for many Myanmar people is synonymous with the internet.

On February 5, the Council broadened the restrictions, ordering mobile communications operators, international gateways, and internet service providers to cut access to Twitter and Instagram. Disruptions to Twitter services were reported throughout the country and for numerous services providers. According to Netblocks, the service disruptions began on February 6 around 3 a.m. Instagram was already subject to restrictions under the previous directive at the time of the announcement.

On February 5, Telenor issued another statement saying it also complied with the February 5 directive, which it noted did not have a date of expiration, stating it had “legal basis in Myanmar’s telecommunications law” and that Telenor had challenged “the necessity and proportionality of the directive.”

Under international human rights standards, any internet-based restrictions must be provided for in law and be necessary and proportionate and pursuant to a legitimate aim. Internet shutdowns fail to meet these standards and hinder access to information and communications needed for daily life, which is particularly vital during times of crisis and the Covid-19 pandemic. Restrictions also provide cover for human rights abuses, and complicate efforts to document government violations.

Internet service providers should uphold their responsibilities under the United Nations Guiding Principles on Business and Human Rights, which says that companies should “[s]eek to prevent or mitigate adverse human rights impacts that are directly linked to their operations, products or services by their business relationships, even if they have not contributed to those impacts.” This means resisting unjustified internet shutdowns. Service providers should insist upon a legal basis for any shutdown order, interpret requests to cause the least intrusive restrictions, and restore access as soon as possible, Human Rights Watch said.

On February 4, the United Nations Security Council members issued a statement expressing deep concern over the declared state of emergency and the arbitrary detention of the members of the democratically elected government in Myanmar. In calling for the release of those detained, the Security Council also urged Myanmar to “refrain from violence and fully respect human rights, fundamental freedoms and the rule of law.” The council also expressed concern over restrictions on civil society, journalists, and other media workers.

“The Myanmar military has engaged in a naked power grab that if not reversed will set back democracy and the protection of human rights for a generation,” Adams said. “The coup was so appalling that even China, which has consistently protected military from condemnation at the Security Council, signed onto a call for the respect of fundamental freedoms. Governments should be clear-eyed about the military’s appalling human rights record and together demand the military abandon its wholesale assault on civilian rule, human rights, and the rule of law.”