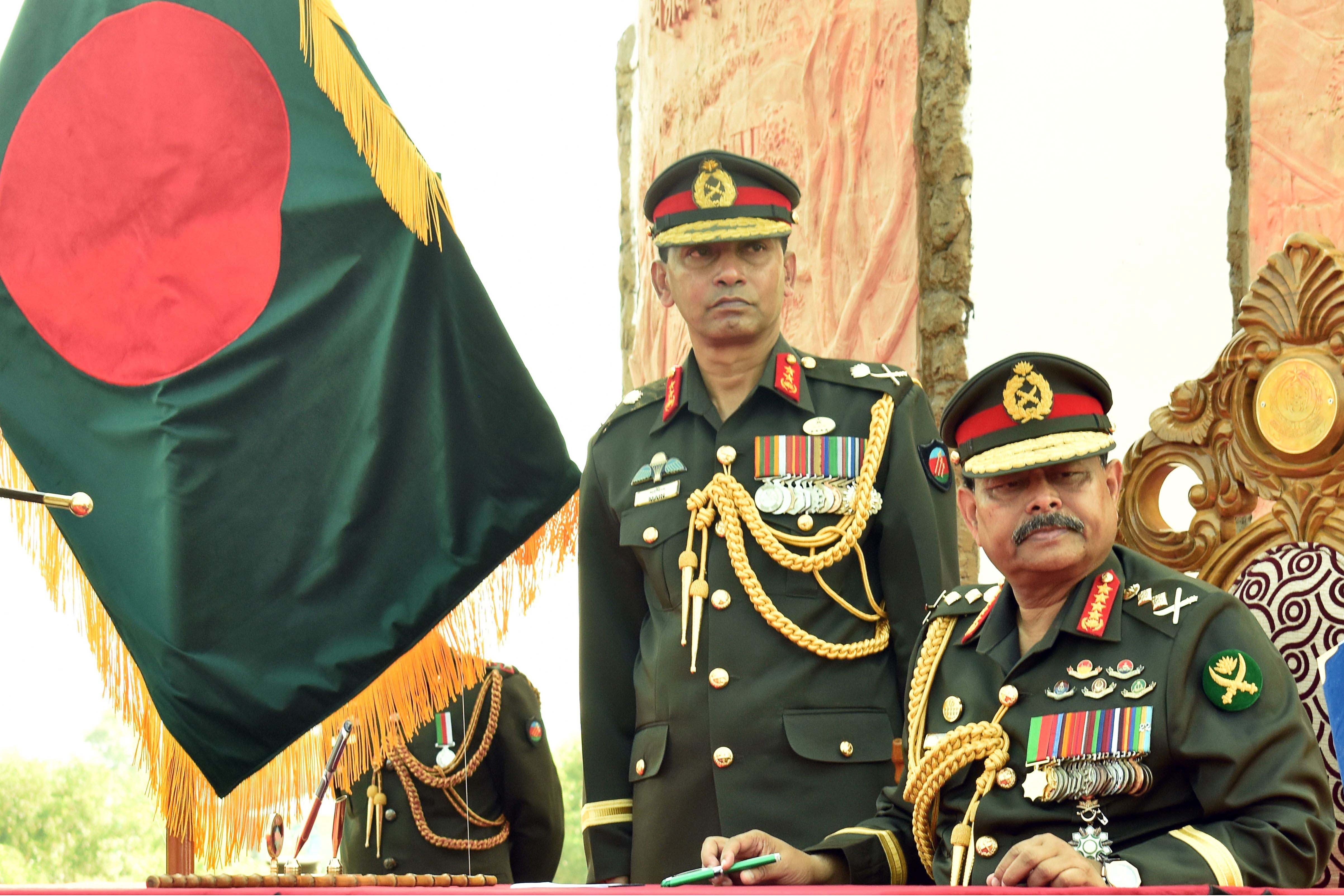 (New York) – The United Nations should use its meetings with senior Bangladeshi military officials next week to protest attempts to use the UN as cover for abuses at home, seven human rights groups said today. The UN should announce a comprehensive review of UN relations with Bangladeshi armed forces, the top troop contributor to peacekeeping missions worldwide.

The Bangladesh chief of army staff, Gen. Aziz Ahmed, is scheduled to meet with high-level UN officials next week with the aim of increasing the Bangladesh role in UN peacekeeping. Gen. Aziz is the focus of a disturbing investigation by Al Jazeera alleging involvement of members of his family in abuses by Bangladeshi security forces as well as the commission of grave human rights abuses by military units under his command.

“In addition to a long pattern of extrajudicial killings, disappearances, and torture by Bangladesh security forces under Gen. Aziz’s control, new information suggests the Bangladesh military is making a brazen attempt at ‘blue-washing’ the government’s abusive surveillance tactics at home,” said Louis Charbonneau, Human Rights Watch UN director. “The UN should conduct its own inquiry into the allegations and take a fresh look at the human rights record of all Bangladesh units and individuals involved in peacekeeping missions.”

The Al Jazeera investigation documented that the government had illegally purchased highly invasive spyware from Israel. The Bangladesh military reacted to the evidence by saying that the equipment was for an “army contingent due to be deployed in the UN peacekeeping mission.” The UN on February 4 denied that it was deploying such equipment with Bangladeshi contingents in UN peacekeeping operations.

A UN spokesperson has called on Bangladeshi authorities to investigate the claims of corruption alleged in the investigation. However, in light of Bangladesh’s significant role in UN peacekeeping and the Bangladesh military’s own admission that it is deploying highly invasive spyware in UN missions without UN approval, the UN should also conduct its own inquiry, the groups said.

Under-Secretary-General for Peace Operations Jean-Pierre Lacroix should make clear to Gen. Aziz and other Bangladeshi military officials that the UN is unwilling to serve as a cover for the military’s abuses at home. Discussions about increasing Bangladeshi troop deployments in UN missions should be put on hold pending the results of the UN’s comprehensive review of its ties with the military. The UN should sever all ties with any units and commanders found responsible for serious human rights abuses, including commanders who failed to prevent or punish abuses by individuals under their command.

The Al Jazeera report released on February 1 cited what it said were leaked calls in which Gen. Aziz describes political protection that Prime Minister Sheikh Hasina allegedly offered him and his brothers, who were convicted in 2004 for the murder of a political rival of the prime minister. While one brother was sentenced to death, two others were sentenced to life in prison but managed to flee the country. The brother who was sentenced to death was granted a presidential pardon just before Gen. Aziz was appointed army chief.

The Al Jazeera investigation also alleges that the Border Guards Bangladesh (BGB), while previously under the command of Gen. Aziz, was involved in targeting political opponents of Prime Minister Sheikh Hasina, including in the serious political violence leading up to the 2014 election.

The Bangladesh government has denied the allegations as “nothing more than a misleading series of innuendos and insinuations in what is apparently a politically motivated ‘smear campaign.’”

Al Jazeera said it had secretly filmed one of the two brothers who escaped, boasting that he can deploy Bangladesh security forces for his own personal and political purposes, including the Rapid Action Battalion (RAB), a paramilitary unit notorious for committing grave abuses. “My gangsters are RAB,” he says in the recording. “I don’t need thugs, these [RAB] are my thugs. Pick someone up, detain someone. They make money, I make money. A straightforward deal.”

Though formally reporting to the Home Ministry, RAB is made up of seconded police and soldiers but with many of the higher command positions filled by military personnel. The unit is effectively under the control of the military, which is led by Gen. Aziz.

Human Rights Watch has long described RAB as a death squad and called for it be disbanded. Abuses by RAB, including extrajudicial killings, torture, and enforced disappearances, are well documented. The UN Committee Against Torture and the UN Human Rights Committee have repeatedly called for investigations into RAB and for it to be made into a purely civilian force. In October, US senators issued a bipartisan letter calling for sanctions on senior RAB commanders for extrajudicial killings, enforced disappearances, and torture.

One of the brothers is also recorded openly bragging that he is able to use his connection to the prime minister and Gen. Aziz to obtain bribes from law enforcement officers in order to place them in positions that will allow them to in turn collect frequent bribes. “Police work as our thugs. Who needs regular thugs?” he said.

Many of these same security forces are deployed to UN peacekeeping missions around the world. As part of its comprehensive review of ties with the Bangladeshi military, the UN department of Peace Operations should subject all RAB personnel to increased vetting under the UN Human Rights Screening policy which requires verification that any individual serving the United Nations has not committed any “violations of international human rights law and international humanitarian law.” This is more than justified in light of the unit’s well-documented history of abuses and the government’s persistent refusal to hold personnel to account.

In its concluding observations during Bangladesh’s 2019 review of its obligations under the Convention Against Torture, the UN Committee against Torture stated that it is “concerned at reports that personnel that have served with the Rapid Action Battalion have frequently been deployed for service with United Nations peace missions.”

Impunity for security force abuses under the ruling Awami League has become the norm in Bangladesh. According to reports by human rights organizations, over the last decade of Awami League rule under Prime Minister Sheikh Hasina, security forces have forcibly disappeared over 500 people, mostly political rivals and activists. Yet, the government refuses to acknowledge that enforced disappearances occur at all. Despite promising to bring an end to such abuses, RAB and other security forces have reportedly extrajudicially killed over 2,500 people with near-complete impunity since Hasina returned to power in 2009.

“The UN should make it clear to Gen. Aziz that abusers of human rights have no place in UN peacekeeping,” said Mohammad Ashrafuzzaman, liaison officer of the Asian Human Rights Commission. “Ensuring that all peacekeeping soldiers and units have clean records should remain non-negotiable for the UN.”