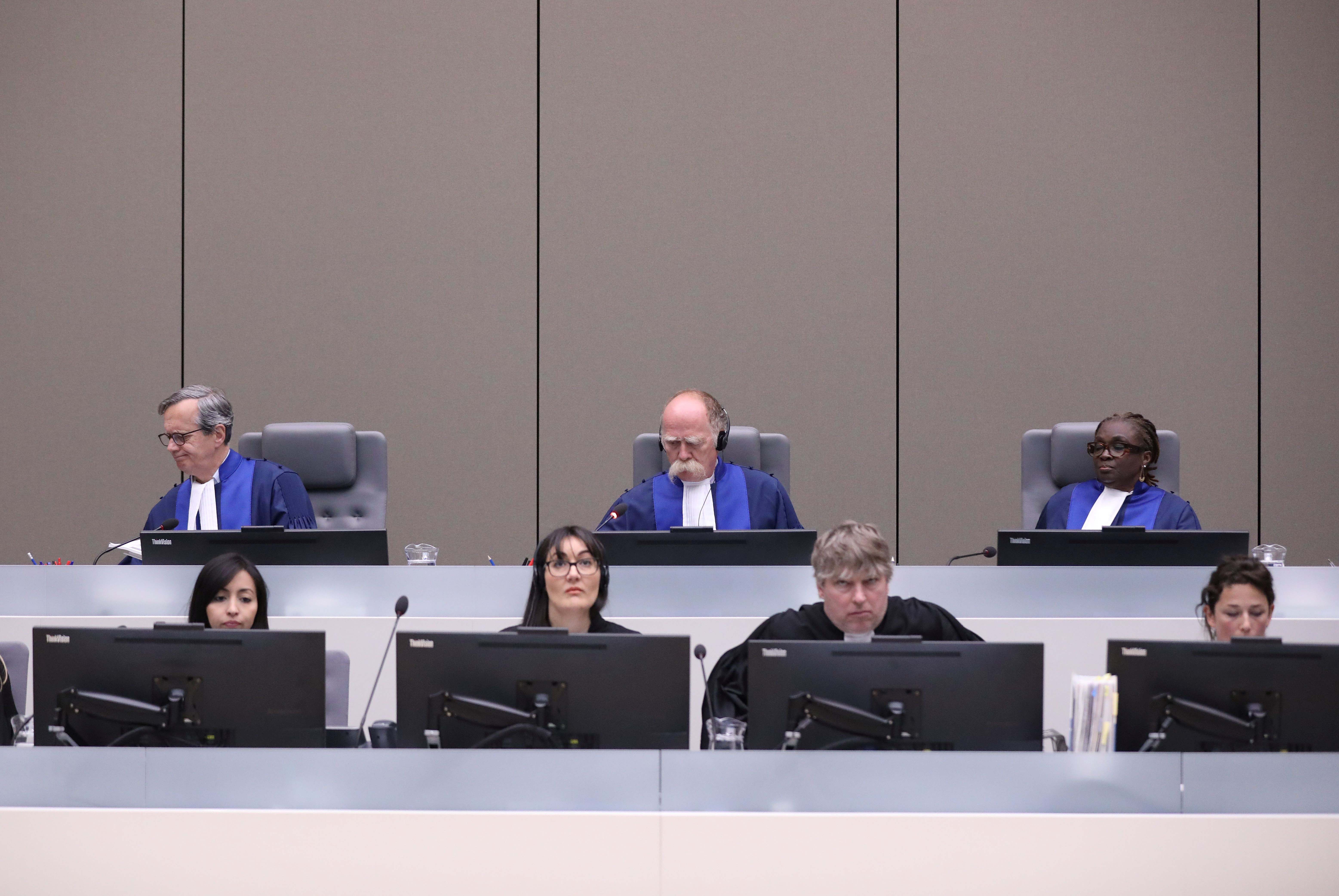 (New York) – The International Criminal Court (ICC) judges’ decision on February 5, 2021 confirming the court’s jurisdiction over the situation in Palestine opens a long-awaited path to justice for Israeli and Palestinian victims of serious international crimes, Human Rights Watch said today. The judges’ decision responds to a request made on January 22, 2020, by the ICC Office of the Prosecutor to confirm the scope of the court’s mandate in Palestine.

The Office of the Prosecutor is now expected to open a formal investigation. It said it was analyzing the judges’ decision and would then decide next steps guided by its mandate and obligations under the ICC treaty.

“This pivotal ruling opens the door for an investigation that may lead to those most responsible for serious crimes one day answering for their actions at a fair trial,” said Balkees Jarrah, associate international justice director at Human Rights Watch. “It’s high time that Israeli and Palestinian perpetrators of the gravest abuses – whether war crimes committed during hostilities or the expansion of unlawful settlements – face justice.”

On December 20, 2019, the Office of the Prosecutor concluded a nearly five-year-long preliminary inquiry into the Palestine situation and determined that all the necessary criteria to proceed with a formal investigation of alleged serious crimes by Israelis and Palestinians in that territory had been met. In May 2018, Palestine had formally asked the ICC prosecution to initiate an investigation into allegations of serious crimes committed on its territory and affirmed its commitment to cooperate with the court.

Because of Palestine’s request, the Office of the Prosecutor did not require judicial authorization to move forward with an investigation but it nonetheless sought guidance from the court’s judges on the ICC’s territorial jurisdiction. Specifically, the office asked the court’s judges to confirm that the territory over which the ICC can exercise its authority comprises the West Bank, including East Jerusalem, and Gaza.

In addition to written submissions from Palestine and various victims, 43 other amicus briefs were submitted to the court for its consideration, including by various academics, civil society groups, intergovernmental organizations, and a number of countries. Although it was invited to make submissions, Israel did not formally engage in the judicial proceedings.

Since 2016, Human Rights Watch has called on the ICC prosecution to pursue a formal Palestine investigation given strong evidence that serious crimes have been committed there. The grave nature of many of the violations and the pervasive climate of impunity for those crimes make an ICC investigation necessary, Human Rights Watch said. The ICC, a court of last resort, can step in only when national authorities cannot or do not genuinely pursue cases, as the Office of the Prosecutor found in this case.

The ICC judges’ decision comes after the court faced unprecedented pressure from the previous US administration, Human Rights Watch said. In September 2020, then-President Donald Trump imposed sanctions on two ICC officials, including its prosecutor, Fatou Bensouda. The June 2020 executive order authorizing such sanctions followed nearly two years of escalating threats by the former US administration to thwart ICC investigations in Afghanistan and Palestine that could probe conduct by US and Israeli nationals.

On the same day that the Office of the Prosecutor announced it would seek a ruling on the court’s territorial jurisdiction, Israel’s attorney general released a memorandum contesting the ICC’s mandate. Prime Minister Benjamin Netanyahu later called for sanctions against the court and its officials. Israel signed but has not ratified the ICC’s treaty, and in 2002, it announced that it did not intend to become a member of the court.

The administration of US President Joe Biden has indicated it would review the sanctions but has yet to rescind the Trump executive order setting them in place. This is in spite of clear opposition expressed by ICC member countries to the sanctions, including key US allies. The US State Department spokesperson, Ned Price, said during a February 5 briefing that the administration is reviewing the ICC’s decision and has “serious concerns about the ICC’s attempts to exercise jurisdiction over Israeli personnel.”

Human Rights Watch has opposed the Trump executive order as a threat to the rule of law, the court, and its work in bringing justice to victims.

ICC member countries should voice their support for the court and stand ready to protect the court’s mandate against any action to undermine the court’s independence and block a Palestine investigation, Human Rights Watch said.

For over 50 years, Israeli governments have transferred their citizens into the Occupied Palestinian Territory, even though such transfers to occupied territories are unlawful under international humanitarian law. The settlements that they engender are at the core of a system that dispossesses, severely discriminates against, and systematically violates the human rights of Palestinians, Human Rights Watch said. Since 2017, the Israeli government has ramped up the construction of new settlements in the West Bank. The ICC treaty classifies as a war crime an occupying power’s transfer of its own civilians “directly or indirectly” into territory it occupies.

The alleged crimes at issue at the ICC are not limited to unlawful settlement-related activity, Human Rights Watch said. Human Rights Watch documented unlawful attacks, including war crimes and apparently deliberate attacks on civilians and civilian infrastructure, during the 2014 hostilities in Gaza that killed more than 1,500 civilians in the Gaza Strip. Israeli forces carried out many of these attacks, which also damaged hospitals and other critical infrastructure, and destroyed the homes of more than 100,000 Palestinians.

Palestinian armed groups launched thousands of rockets and mortars indiscriminately toward Israeli population centers, killing 5 Israeli civilians and wounding 36, and causing thousands of civilians in communities near Gaza to temporarily leave their homes.

More recently, Human Rights Watch concluded that Israeli forces’ repeated use of lethal force in the Gaza Strip since March 30, 2018, against Palestinian demonstrators who posed no imminent threat to life based on unlawful orders from senior officials may amount to war crimes. A United Nations inquiry on the 2018 Gaza Protests found that members of the Israeli security forces shot at “unarmed protesters, children and disabled persons, and at health workers and journalists performing their duties, knowing who they are.”

The members of the commission of inquiry concluded that Israeli forces and their commanders may have committed war crimes and crimes against humanity, and authorized the UN human rights chief, Michelle Bachelet, to grant the ICC access to a confidential file shared with her office of people implicated in the Gaza violations.

In October 2018, Human Rights Watch published a report concluding that the systematic practice of arbitrary detention and torture by Palestinian authorities in the West Bank and Gaza of peaceful critics and opponents may amount to a crime against humanity prosecutable at the ICC.

Impunity for these and other alleged serious crimes remains the norm. Both Israeli and Palestinian authorities have taken inadequate steps to investigate alleged serious crimes and to hold members of their forces accountable. These failings highlight the importance of the ICC Office of the Prosecutor proceeding with a formal investigation into the situation in Palestine, Human Rights Watch said.

The ICC treaty officially went into effect for Palestine on April 1, 2015. The court has said this gives it jurisdiction over the territory occupied by Israel since 1967, namely Gaza and the West Bank, including East Jerusalem. On January 1, 2015, the Palestinian government gave the court a mandate back to June 13, 2014, to cover the 2014 hostilities in Gaza. The court has jurisdiction over crimes against humanity and war crimes committed in this territory.

“The ICC has a critical role to play as a court of last resort in situations like Palestine where recourse to domestic justice has been foreclosed,” Jarrah said. “The court’s member countries should stand ready to fiercely protect the ICC’s independence in the face of ongoing pressure and hostility to an investigation of Israeli and Palestinian conduct.”