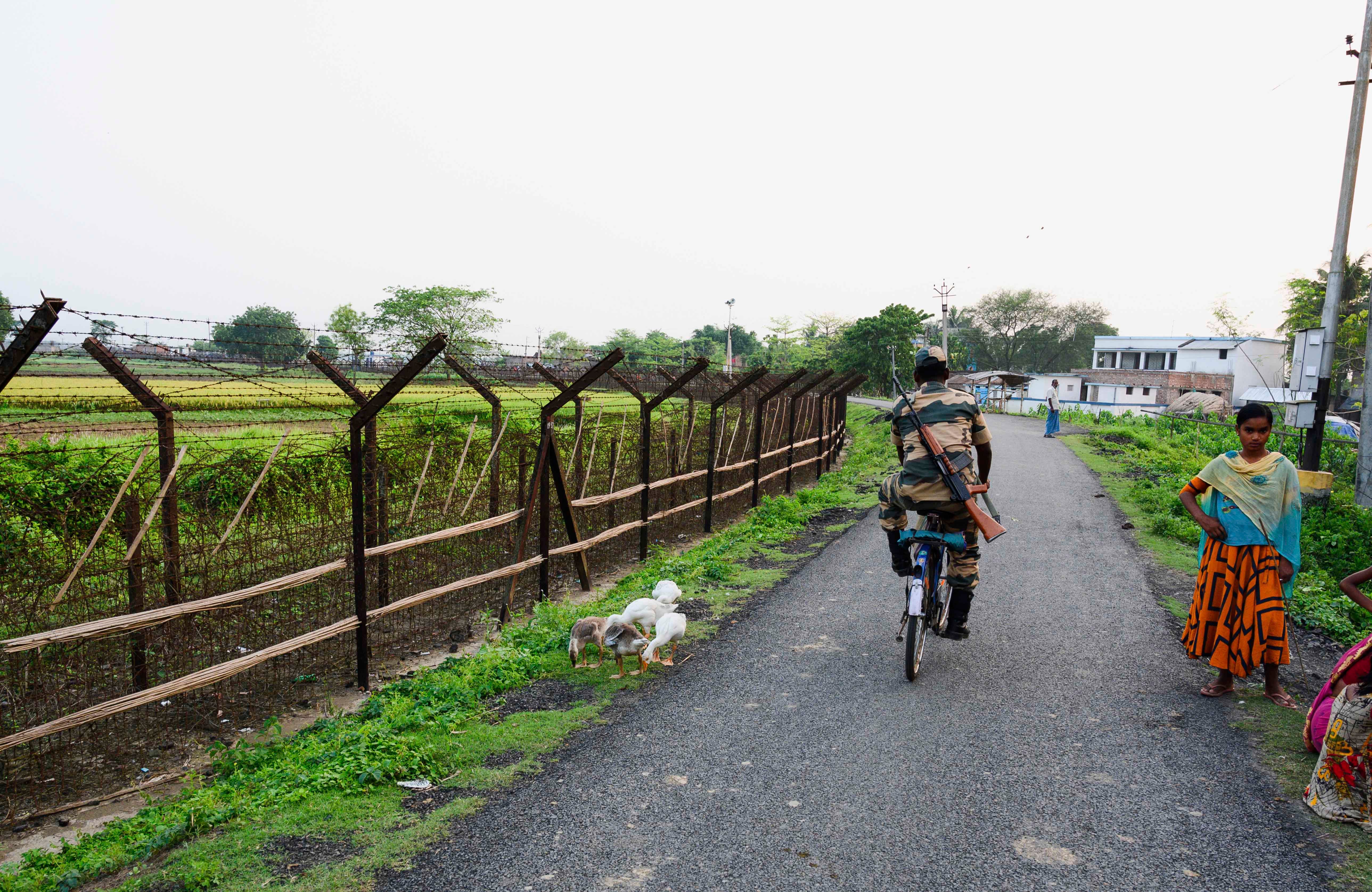 (New York) – Indian authorities should investigate and prosecute newly alleged abuses by the Border Security Force (BSF) along the Bangladesh border, Human Rights Watch said today. Ten years ago, the Indian government announced, following publication of a Human Rights Watch report on the issue, “Trigger Happy,” that it would order the BSF to use restraint and rubber bullets, instead of more lethal ammunition, against irregular border-crossers.

Indian and Bangladeshi nongovernmental organizations have reported that the BSF is continuing to commit abuses, including extrajudicial killings, torture, and ill-treatment of both Indian and Bangladeshi border residents. Indian border guards, deployed to prevent cattle rustling, smuggling, and illegal crossings, say they use force only when they come under attack.

“Indian government orders to border forces to exercise restraint and limit the use of live ammunition have not prevented new killings, torture, and other serious abuses,” said Meenakshi Ganguly, South Asia director at Human Rights Watch. “The government’s failure to hold security personnel accountable has led to further abuses and the harassment of very poor and vulnerable populations.”

The Indian government has issued public orders to exercise restraint and end unlawful killings, and made assurances to Bangladesh, including during talks in December 2020. However, the Bangladeshi group Odhikar alleged that the border forces have killed at least 334 Bangladeshis since 2011 and committed other instances of severe abuse, including 51 killings in 2020.

Banglar Manabadhikar Suraksha Mancha (MASUM), an Indian organization that has investigated at least 105 alleged killings by BSF in the border areas in West Bengal state since 2011, said that the actual number of killings is most likely higher. MASUM also reported that BSF soldiers have arbitrarily detained and tortured suspects and harassed and threatened Indian residents in the border area. Recent allegations of shooting deaths include:

Efforts by local residents and activists to file complaints and secure justice have resulted in threats and intimidation. MASUM activists say they face routine harassment from police and the BSF, including arbitrary detention and fabricated criminal charges.

The India-Bangladesh border is heavily populated, with large numbers of people moving back and forth to visit relatives, buy goods, and seek jobs. Some engage in petty and serious cross-border crime. However, instead of arresting suspects and handing them over to the police for prosecution, BSF soldiers are frequently implicated in beating and torturing suspects. Some border guards are reportedly also involved in facilitating cattle smuggling or human trafficking, and target people who resist extortion attempts.

Bangladesh has repeatedly protested abuses at the border. In August, the Bangladesh Foreign Ministry raised concerns over the border killings, stating, “Bangladesh flagged that this is in violation of all bilateral agreements and that the Indian Border Security Force must be duly urged to exercise maximum restraint.”

Human Rights Watch knows of no cases in which Indian authorities have held BSF soldiers accountable for abuses committed along the India-Bangladesh border. This includes the highly publicized case of 15-year-old Felani Khatun, a Bangladeshi girl who was trapped in wire fencing at the border after the BSF shot her in January 2011. Two rounds of trials in special BSF courts, in 2013 and 2015, acquitted the BSF constable accused of shooting her. A plea for a new investigation in the case is now pending in India’s Supreme Court.

The Indian government should comply with the United Nations Basic Principles on the Use of Force and Firearms by Law Enforcement Officials, Human Rights Watch said. The principles only allow the use of lethal force when absolutely necessary to protect lives. Given the failure of the BSF’s internal justice system to prosecute its members for human rights abuses, civilian authorities should investigate personnel of all ranks implicated in serious rights abuses and try them in civilian courts.

“The Indian government should demonstrate its promised zero tolerance for abuses at the Bangladesh border by ending the culture of impunity for its border soldiers,” Ganguly said. “By prosecuting security personnel responsible for crimes, India can show its commitment to the rule of law in the region.”