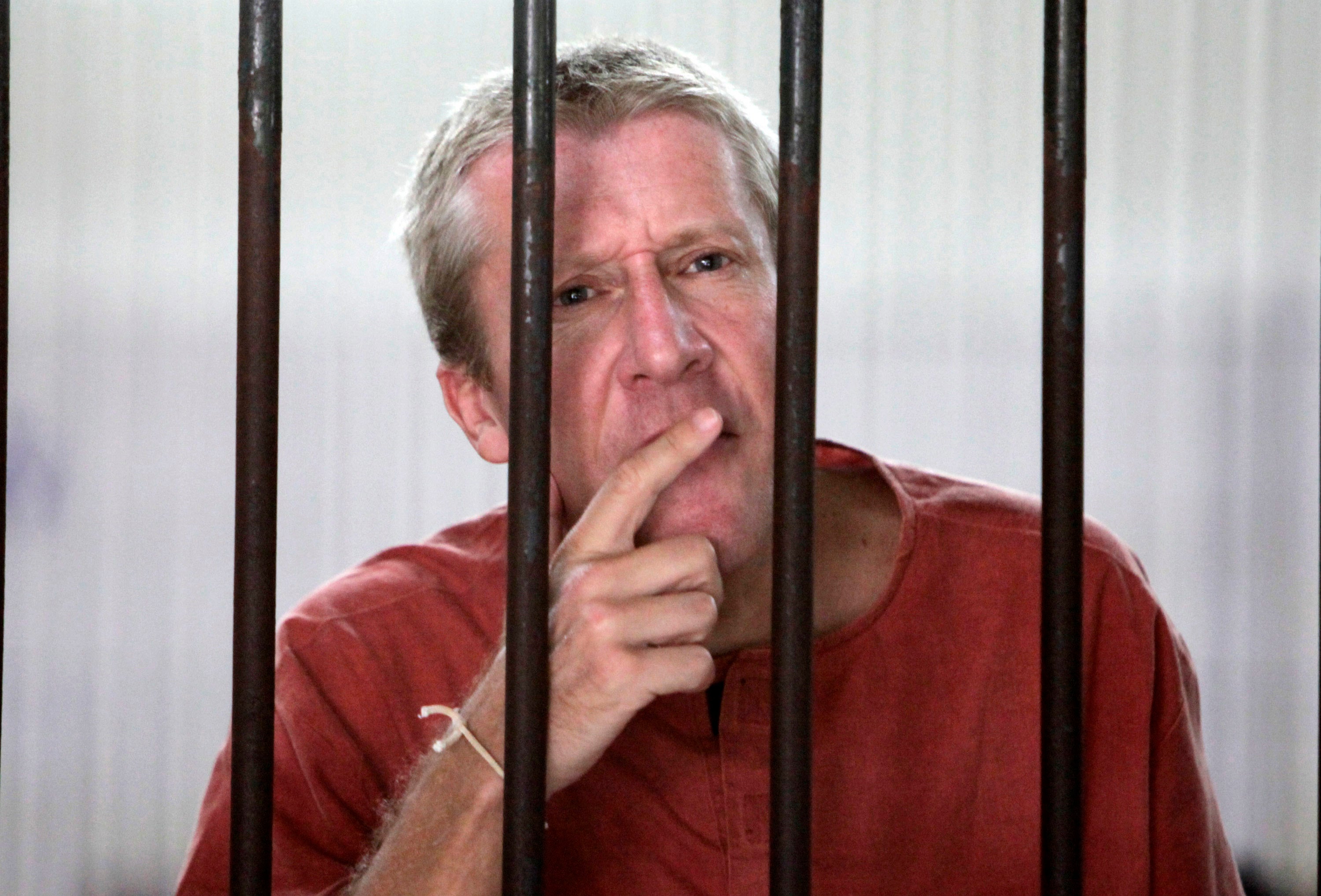 (Beirut) – United Arab Emirates (UAE) authorities have held a UK national in detention for more than 11 years on a 6-year criminal sentence despite having pardoned him in 2014, Human Rights Watch said today.

Prison authorities have denied Michael Bryan Smith, 54, regular and uninterrupted access to critical medication and adequate health care throughout his detention. UAE authorities should review Smith’s case and disclose the basis of his continued detention. If there are no outstanding legal sentences or claims against him, they should release him immediately. Both his extradition and court proceedings appear tainted by due process violations and his detention at least for the past six years appears to be arbitrary and unlawful.

“Nothing about the details of Michael Smith’s extradition to the UAE and his court proceedings there, both civil and criminal, inspire any faith in the UAE judiciary’s ability to abide by its own laws, let alone international standards,” said Michael Page, deputy Middle East director at Human Rights Watch. “Holding a detainee beyond his prison sentence and depriving him of adequate medical care for a serious health condition demonstrates the UAE’s total contempt for the rule of law.”

Smith’s arrest and detention in Thailand in May 2009 followed an extradition request by the UAE on charges of forgery of an unofficial document and its use, and breach of trust, the maximum penalty for which is three years under UAE law. Smith, a former manager at a private international company in the UAE, spent just over two years in a Thai jail fighting extradition, during which he said that he contracted HIV in a prison hospital.

Thailand extradited him to the UAE in June 2011, where the Dubai Public Prosecution amended his charges to the more serious offenses of forgery of official documents, abuse of public office, and fraud, according to a Memorandum of Defense Smith submitted to a Dubai civil court in November 2017. While the UAE and Thailand do not have an extradition treaty, both the UAE Extradition Law and the Thai Extradition Act prohibited charging an extradited person with offenses other than those for which they were extradited, a legal expert said.

Human Rights Watch spoke to a UK lawyer whom Smith authorized to advise him and communicate on his behalf, and reviewed several documents pertaining to Smith’s case, including a 2009 letter from the UAE embassy in Thailand informing the Thai Ministry of Foreign Affairs of the extradition request, a 2012 Dubai Court of First Instance civil court ruling against Smith, and the Memorandum of Defence.

A Dubai criminal court sentenced Smith to 12 years in prison in June 2012 and a 2.4 million Arab Emirates Dirham (AED) (US$653,000) fine, following a trial in which Smith’s legal adviser said that Smith had no legal representation nor interpreters to understand the Arabic-language court proceedings. Several months later, an appeals court reduced his sentence to 6 years and set his release date for October 23, 2017, the lawyer said. It did not reduce from his sentence the time he spent in Thailand awaiting extradition, though it should have under UAE law.

His former company brought a civil case against him at the Dubai Court of First Instance in 2012. In 2013, without allowing him to attend most of the proceedings, the court ruled that Smith must pay the company 2.5 million AED in damages. Smith’s legal adviser said Smith was not assigned a lawyer and only taken to court once, for the first hearing.

In June 2014, UAE authorities pardoned Smith as part of a general annual amnesty for Ramadan, Smith’s lawyer said. But the authorities did not release him. And in 2017, Smith’s legal adviser said, the former company brought another duplicate civil lawsuit in the same case against him. He said the trial went ahead without Smith’s knowledge or presence and despite multiple requests, including by the British embassy on his behalf, authorities have not yet provided him with a copy of the court ruling.

Human Rights Watch has previously documented serious allegations of violations of due process and fair trial guarantees in the UAE, including prolonged pretrial detention, the denial of adequate legal assistance, and the admittance of coerced confessions as evidence in court proceedings.

For at least two months since mid-March, prison authorities at the Dubai Central Prison had denied prisoners living with HIV access to a hospital. Smith’s legal adviser said that Smith underwent surgery in July 2020 to remove a kidney after he was diagnosed with kidney cancer and despite being scheduled to visit the hospital three months later and then every six months for check-ups, he has not been taken for follow-up care since his surgery.

British authorities should closely review the additional civil cases brought against Smith over the past several years and the legality of his continued imprisonment, Human Rights Watch said. British authorities should also take all available measures to ensure that Smith and all prisoners in UAE custody have access to appropriate HIV prevention, treatment, and care, and call publicly for the UAE to allow independent international monitors to enter the country and regularly monitor prison and detention facilities, including private visits with prisoners.

With the help of his UK lawyer, Smith has submitted two questionnaires to the United Nations Working Group on Arbitrary Detention in April and December 2019 laying out the reasons why his continued detention is illegal. He has not received a response. Human Rights Watch sent letters to both the UN Working Group and British authorities regarding the legality of Smith’s continued detention and concerns for his health.

“UAE authorities spend millions of dollars marketing the country as tolerant and forward-thinking, but its criminal justice system remains a warren of due process violations, politicized charges, and malevolence that ruins the lives of the people it entraps,” Page said.