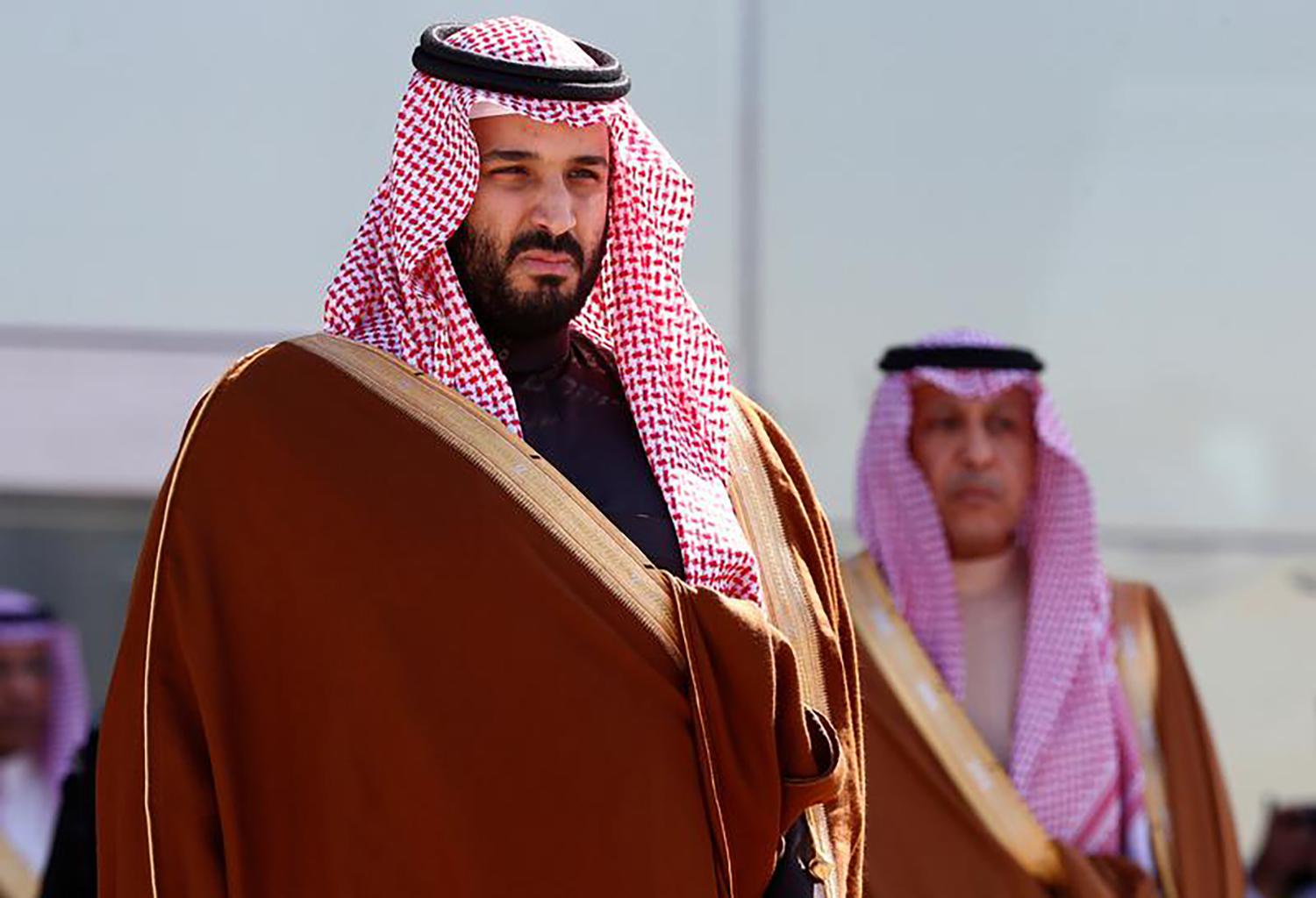 A comprehensive Human Rights Watch review of Education Ministry-produced textbooks for the 2019-2020 and 2020-2021 school years found that some practices associated with the Shia and Sufi Islamic traditions remain stigmatized as un-Islamic and prohibited. The curriculum, entitled Monotheism (Tawhid), is a mandatory subject for the primary, middle, and secondary education levels. Human Rights Watch did not review additional religion texts dealing with Islamic law, Islamic culture, Islamic commentary, or Qur’an recitation.

“Saudi Arabia’s glacial progress on textbook reform appears to have finally picked up steam in recent years,” said Michael Page, deputy Middle East director at Human Rights Watch. “But as long as the texts continue to disparage religious beliefs and practices of minority groups, including those of fellow Saudi citizens, it will contribute to the culture of discrimination that these groups face.”

In 2017, Human Rights Watch conducted a comprehensive review of the religious curriculum and found numerous harsh critiques of practices associated with Shia and Sufi Islam, as well as intolerant and degrading language about Christianity and Judaism. Human Rights Watch found that the curriculum does not make direct reference to Shia Islam or use derogatory terms. Instead, the texts harshly criticize practices and traditions closely associated with Shia Islam in broad terms, in many cases labeling them evidence of polytheism (shirk) that will result in removal from Islam and eternal damnation for those who practice them.

Saudi activists and experts Human Rights Watch consulted said that Saudi students would immediately understand the targets of the criticism in these texts as Shia beliefs and practices even though the texts do not use the word Shia, though some of the criticisms would apply equally to Sufi religious practices.

Human Rights Watch was unable to access the online versions of the textbooks available through the Saudi Education Ministry’s website. Instead, the curriculum was found on Saudi websites that host copies of the official texts. These textbooks were cross-checked between the different websites to ensure their authenticity. Only the first semester of the 2020-2021 curriculum was available online at the time of the review. The 2019-2020 curriculum was used in reviewing the second semester textbooks.

Between 2017 and 2020, the Education Ministry made numerous changes to the texts in response to years of criticism by US authorities, including a draft law circulated in the US Congress that would require the secretary of state to report annually to Congress about whether Saudi Arabia had removed “intolerant” content from its textbooks.

These changes, however, have been mostly limited to how other religions or groups are presented in the textbooks, including eliminating hateful reference to Christians, Jews, and LGBT people, as well as removing violent and anti-Semitic language. IMPACT-se, an Israeli organization monitors cultural tolerance in schools globally, also reviewed the newest available editions of the texts and noted that even though some problematic references remain, the removal of many examples is “a significant improvement and an encouraging development, understood as representing a step toward moderation.”

More explicit references that targeted Shia Islam have been minimized, but much of the implicit language remains. For example, the textbooks continue to label some practices and traditions associated with Shia and Sufi Islam as evidence of polytheism (shirk), which is penalized by cancellation of a person’s good deeds, God’s rejection of their repentance, and eternal damnation, the fourth-grade (age 9) second semester book says. The new textbooks now refer to those who perform these practices explicitly as polytheists (mushreekin), instead of the former label of unbelievers (kuffar). That term is now used explicitly in the textbooks for non-believers.

Practices that qualify as polytheism (shirk) include visiting graves of prominent religious figures, and the act of intercession (tawassul), by which Shia and Sufis supplicate to God via intermediaries. The text condemns “supplication,” a thinly veiled reference to the Shia practice of intercession (tawassul), including supplication to “the righteous,” “the dead,” or at “graves” and “shrines.” For example, the fourth grade second semester book cites several examples of polytheism (shirk), the first of which is supplication to the dead (see figure below).

Photos of sacred Shia shrines and graves were also removed from the texts reviewed, as well as several mentions of Hussein, the prophet’s grandson, and a sacred figure for Shia. The second semester of the fourth-grade textbook forbids swearing by anyone other than God and lists Hussein as an example, though.

The textbooks label certain practices as “illicit innovations” (bida’), which the authors consider a form of polytheism (shirk). These include performing a pilgrimage or kneeling to anyone other than God, and building mosques and shrines on top of graves clear examples of Shia/Sufi practices. The second semester of the seventh-grade (age 12) textbook includes an entire lesson on why visiting graves is considered polytheism (shirk) and says that a curse will fall upon those who treat graves like mosques (see graphic below).

The practice of wailing over the dead is labelled in the textbooks as a form of blasphemy in the first semester sixth-grade textbook. Wailing is closely associated with Shia flagellation and mourning rituals around the commemoration of the martyrdom of Hussein known as Ashoura during the first month of the Islamic calendar.

The religion textbooks also continue to identify themselves with Sunni Islam (Ahl al-Sunna wa al-Jam’a). In 2017, Human Rights Watch noted a reference in the first textbook of the secondary level curriculum (age 15) that contended that Sunni Islam has received the “best” of that afforded to the nation of the prophet Mohammad, because “they represent the true Islam, both in theory and practice.” This statement is still included in the latest reviewed version of the texts (see figure below).

Moreover, the texts warn against the “exaggeration” (al-ghulu fi) with regards to members of the prophet’s family, which would be considered a form of polytheism (shirk). This is a direct reference to the Shia belief that the prophet’s cousin and son-in-law, Ali, and his grandsons Hassan and Hussein are sacred. The seventh-grade second semester textbook warns that praying to any member of the prophet’s family or asking for their help during difficult times, is a form of “exaggeration with regard to the family of the prophet or raising them over their [rightful] place that God gave them is one of the causes of polytheism [shirk]”. (see figure below).

A Saudi lawyer from the Shia-majority Eastern Province told Human Rights Watch that all Muslims in Saudi Arabia, regardless of their denomination, are required to use this curriculum even if they find it personally offensive. Any signs of protest lead to a reduction of the student’s grades. Additionally, the lawyer said that the propagation of the idea that Shia and Sufi Muslims are polytheists (mushreekin) could make them vulnerable to harassment or even violence.

With few exceptions Saudi Arabia does not tolerate public worship by adherents of religions other than Islam and systematically discriminates against Muslim religious minorities, notably Twelver Shia and Ismailis, including in public education, the justice system, religious freedom, and employment. On April 23, 2019, Saudi Arabia carried out a mass execution of 37 men in various parts of the country. At least 33 of those executed were from the country’s minority Shia community. They had been convicted following unfair trials for various alleged crimes, including protest-related offenses, espionage, and terrorism.

“Saudi Arabia has made progress but it is not time to declare victory on textbook reform”, Page said. “As long as disparaging references to religious minorities remain in the text it will continue to stoke controversy and condemnation.”