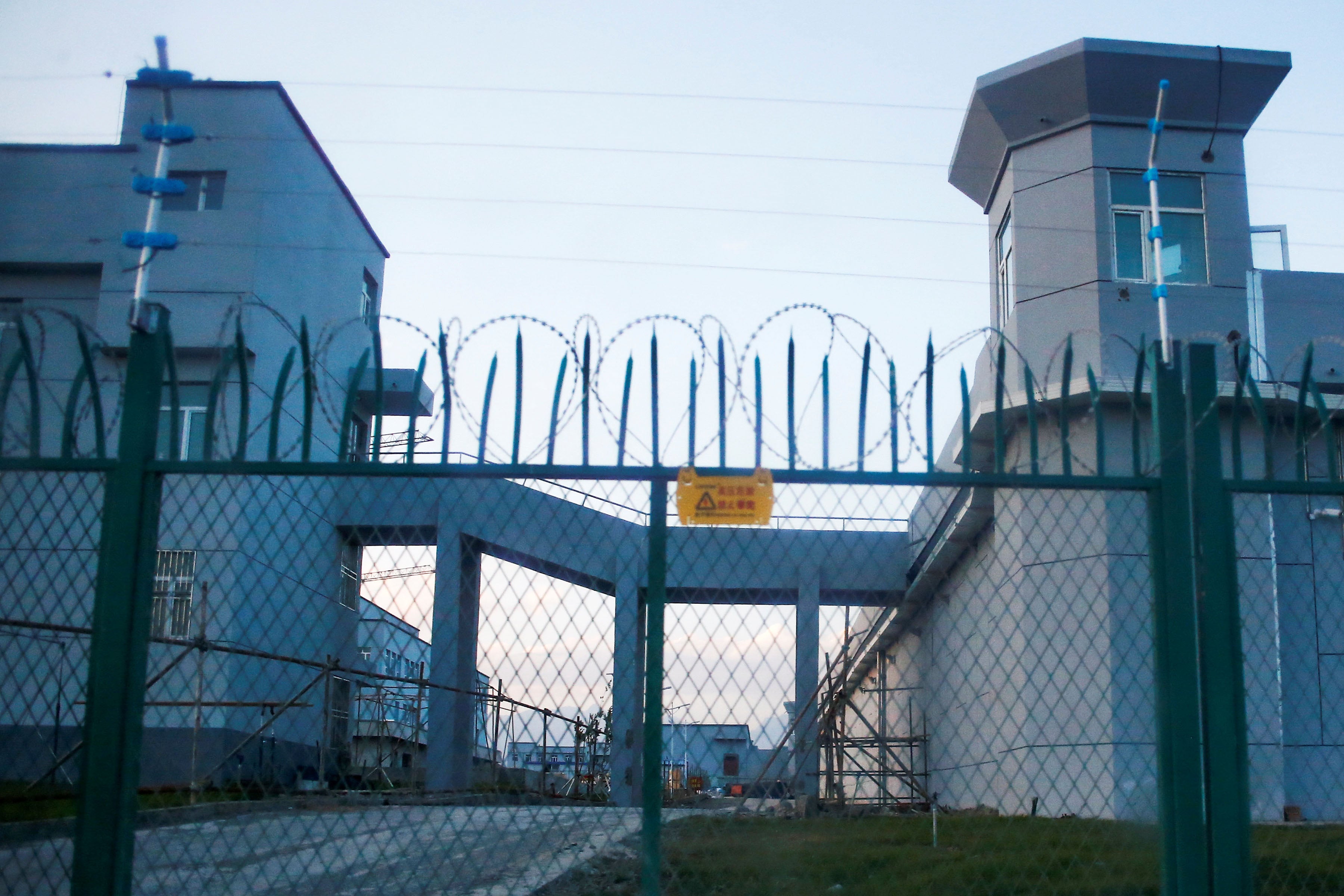 (New York) – The Chinese government has increased its groundless prosecutions with long prison sentences for Uyghurs and other Muslims in recent years in China’s Xinjiang region, Human Rights Watch said today. Since the Chinese government escalated its repressive “Strike Hard Campaign against Violent Terrorism” in late 2016, the region’s formal criminal justice system has convicted and sentenced more than 250,000 people.

While few verdicts and other official documents are publicly available due to Xinjiang authorities’ tight control of information, a Human Rights Watch analysis of nearly 60 of these cases suggests that many people have been convicted and imprisoned without committing a genuine offense. These formal prosecutions are distinct from those arbitrarily detained in unlawful “political education” facilities.

“Although the Chinese government’s use of ‘political education’ camps has led to international outrage, the detention and imprisonment of Xinjiang’s Muslims by the formal justice system has attracted far less attention,” said Maya Wang, senior China researcher. “Despite the veneer of legality, many of those in Xinjiang’s prisons are ordinary people who were convicted for going about their lives and practicing their religion.”

The Chinese government’s official statistics showed a dramatic increase in the number of people sentenced in Xinjiang in 2017, followed by another increase in 2018, as reported by the nongovernmental organization, Network of Chinese Human Rights Defenders, and the New York Times in 2019.

According to Chinese government statistics, Xinjiang courts sentenced 99,326 people in 2017 and 133,198 in 2018. The authorities have not released sentencing statistics for 2019.

The Xinjiang Victims Database – a nongovernmental organization that has documented the cases of over 8,000 detainees based on family accounts and official documents – estimates that the number of people sentenced in 2019 may be comparable to those in the previous two years. Of the 178 cases whose year of sentencing is known, the number of people sentenced in 2019 is roughly the average of those of 2017 and 2018.

A comparable official sentencing figure could mean that tens of thousands more people were sentenced in Xinjiang in 2019.

Another change in 2017 was the dramatic increase in the number of those given lengthy sentences, also according to government statistics. Prior to 2017, sentences of over five years in prison were about 10.8 percent of the total number of people sentenced. In 2017, they make up 87 percent of the sentences.

Similarly, the dataset from the Xinjiang Victims Database shows that among the 312 individuals whose prison terms are known, people are being imprisoned for, on average, 12.5 years during the Strike Hard Campaign. That figure excludes six people who have been given life sentences.

One case that vividly illustrates the arbitrary nature of Xinjiang’s mass imprisonment of Muslims is that of Jin Huaide, a Hui Muslim sentenced to life imprisonment for “splittism” in Changji Prefecture in September 2018. In a verdict obtained by Human Rights Watch, the Changji Intermediate People’s Court convicted Jin, 47, for “repeatedly and illegally” organizing trips abroad to study the Quran, inviting religious figures from countries including Bangladesh and Kyrgyzstan to Xinjiang, and holding religious meetings in the region between 2006 and 2014. The authorities accused Jin of encouraging others to take part in Tablighi Jamaat, a kind of transnational movement of Islamic proselytization.

There is no publicly available evidence that Jin’s activities constituted a recognizable criminal offense. Yet the court determined that his activities had “promoted the infiltration of foreign religious forces in China,” “strengthened the idea that Islam will unite the world, ultimately to establish a caliphate,” and thus “endangered the country.”

Jin was sentenced to seven years for “gathering crowds to disturb social order” in 2015 for these same behaviors, but the procuratorate challenged the verdict in 2017 and asked for a heavier sentence, resulting in a retrial that resulted in a life sentence. Prior to this sentence, in 2009, Jin had been imprisoned for 18 months for teaching the Quran to over two dozen Hui and Uyghur children.

Aside from Jin Huaide’s case, the Xinjiang Victims Database found six others, some provided by families:

Other available information concerning 51 cases, including the indictments, incarceration notices, leaked official documents, and official communications with families indicate that most of the Uyghur and Kazakh individuals in these cases have been imprisoned for vague and overbroad offenses such as “inciting ethnic hatred,” “picking quarrels and provoking trouble,” and for watching or listening to “extremist” content.

One such document, an indictment detaining the case of four Uyghur family members, illustrates the Chinese government’s perilously over-expansive use of the terms “terrorism” and “extremism.” The four were indicted in January 2019 for travelling to Turkey in 2013 and 2014 to visit another family member. Chinese authorities claimed that the man in Turkey, a university lecturer named Erkin Emet, belongs to a terrorist organization, and that the money (US$2,500) and gifts his family gave him – including a dutar, a traditional musical instrument, a gold ring, and basic necessities – were evidence of them “assisting terrorism.” These four, along with another sibling of Emet, were given sentences of 11 to 23 years, according to Emet, who in 2019 learned about their conviction.

These verdicts and the additional case information suggest that the courts in Xinjiang have convicted and imprisoned many people who had not committed a genuine offense.

No Due Process Under Strike Hard Campaign

Xinjiang’s Strike Hard Campaign targets the “ideological virus” of Turkic Muslims, religious and political ideas that do not conform to those prescribed by the state, such as pan-Islamism. It involves mass surveillance and political indoctrination of the entire population. The authorities evaluate people’s thoughts, behavior, and relationships based on bogus and broad criteria – such as whether they have families abroad –  to determine their course of “correction.” Those whose transgressions the authorities consider light are held in political education camps or under other forms of movement restrictions, including house arrest. Past government practice suggests that more serious cases are processed in the formal criminal justice system.

The Strike Hard Campaign is typical of Chinese authorities’ periodic and politicized “anti-crime” initiatives. The authorities pressure the police, procuratorate, and courts to cooperate to deliver swift and harsh punishment, leading to summary trials, the processing of large number of cases in a short time, and a suspension of basic procedural rights under Chinese law.

Similar dynamics appear to characterize Xinjiang’s Strike Hard Campaign. News reports describe crushing work pressure on Xinjiang officials, including those in the criminal justice system. One describes police officers, procurators, and judges not having time to eat or sleep, and holidays being suspended. Human Rights Watch in 2018 interviewed people held in Xinjiang’s formal detention centers between 2016 and 2018 who said that they and fellow detainees were tortured to confess crimes and deprived of access to lawyers. Radio Free Asia has reported that people are being sentenced with perfunctory and closed trials that families cannot attend.

International pressure may have contributed to the Chinese government releasing some detainees from “political education” camps. The government, which has denied mass arbitrary detentions in Xinjiang, has asserted that it governs the region according to the “rule of law.” But many people have been forcibly disappeared, detained or imprisoned with their families not informed of their whereabouts. Those released are subjected to continued surveillance, control of their movements, and some to forced labor.

“International pressure on the Chinese government should be escalated for an independent investigation in Xinjiang,” Wang said. “That’s the best hope for the release of all those unjustly detained or imprisoned.”