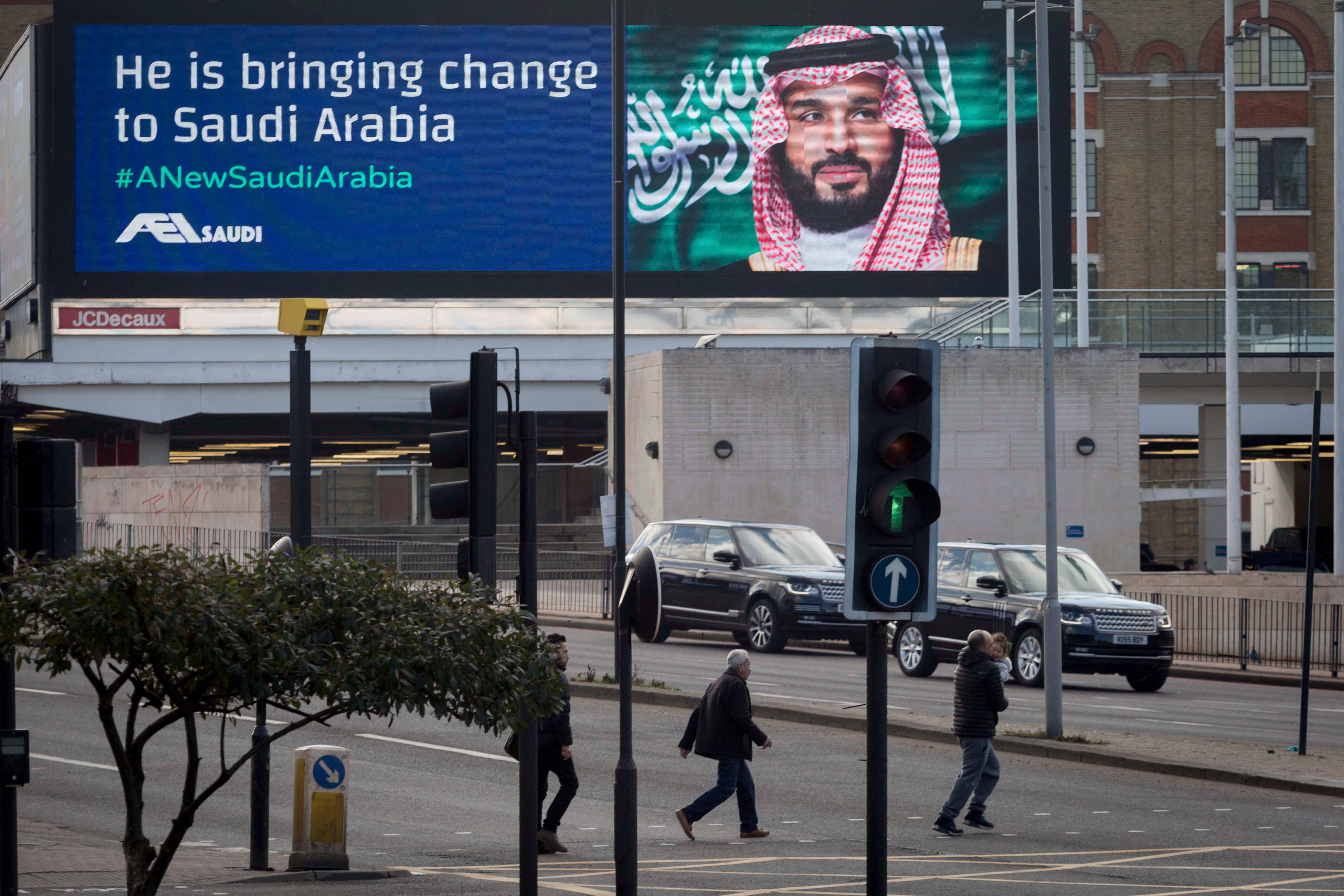 (Beirut) – Saudi Arabia recently announced a series of important and necessary reforms, but ongoing repression and a lack of respect for basic rights are major barriers to progress, Human Rights Watch said today. The repression of independent civil society and critical voices that can provide objective feedback decreases the chances that reform efforts will be successful.

While Saudi authorities have released some unjustly detained dissidents and activists, including the women’s rights activists Loujain al-Hathloul and Nouf Abdelaziz, they remain subject to restrictions that hamper their ability to speak out without fear of reprisal. Prominent clerics, public intellectuals, academics, and human rights activists arrested since 2017 remain behind bars. Saudi authorities’ arbitrary and abusive targeting of dissidents and activists and the total lack of accountability for those responsible for arrests and torture demonstrate that the rule of law in Saudi Arabia is weak and that Saudi leadership undermines it at will.

On February 8, Crown Prince Mohammed bin Salman announced plans to introduce significant changes to Saudi Arabia’s judicial system, including the promulgation of a personal status law (or family law). In the absence of a codified family law that meets international standards, women in Saudi Arabia face discrimination in marriage, divorce, decisions relating to children, including child custody, and inheritance.

The details of the drafting process have yet to be published and it is unclear when the law is expected to be finalized and come into effect. There are serious concerns, however, that without the effective participation of women’s rights advocates, the discrimination in practice may simply be codified into law. As processes to adopt new family laws in the region have shown, women’s rights and civil society participation is crucial both to ensuring that progressive laws are adopted and to raising awareness of and compliance with such laws.

But even as these reforms were announced, women activists who championed them remained on trial or in detention. The majority have since been provisionally released or convicted and conditionally released. But Nassima al-Sadah and Samar Badawi, prominent women’s rights activists arrested during the 2018 crackdown, remain behind bars. Without independent women’s rights groups to monitor the implementation of these reforms and given that criticizing the government leads to arbitrary arrests and prison terms, it is unclear how well they are being carried out.

The introduced reforms are also incomplete. Saudi women still require a male guardian’s approval to marry, be released from prison, or obtain certain sexual and reproductive health care. Men can still file cases against their daughters, wives, or female relatives for “disobedience,” which can lead to their forcible return to their male guardian’s home or imprisonment.

The Saudi authorities announced reforms in October 2020 to the notorious kafala (sponsorship) system, which ties the legal status of millions of migrant workers to individual sponsors, facilitating abuse and exploitation, including forced labor. The limited reforms will reportedly allow a migrant worker to change employers under some circumstances and cancel the requirement for permission from their employers – an exit permit – to leave the country.

Few details have been announced, but the reforms are to be rolled out in March 2021. Saudi Arabia still bars trade unions and strikes, and the authorities have not consulted with migrant worker groups on these upcoming reforms.

The 3.7 million domestic workers excluded from the labor law are also excluded from these modest changes. Many face serious abuses including long working hours without a day off, forced confinement, and physical and sexual abuse.

Some abusive kafala elements are slated to remain. Migrant workers – and their dependents – will still need employers to facilitate entry, residence, and employment in the country, including applying for and renewing residency and work permits.

Employers will still be able to cancel these permits so workers can find themselves undocumented through no fault of their own when employers fail to carry out such processes, and it is the workers who suffer the consequences. Migrant workers will also still need their employer’s permission to change jobs if they have not finished their contract or worked less than a year. The government will also continue to impose harsh penalties for “absconding” – leaving an employer without permission or remaining in the country beyond the grace period after their residence permit expires or is revoked. The penalties include fines, detention, deportation, and a ban on re-entry.

Saudi Arabia applies Shari’a (Islamic law) as its national law. In the absence of a written penal code or narrowly worded regulations, judges and prosecutors can convict people on a wide range of offenses under broad, catch-all charges such as “breaking allegiance with the ruler” or “trying to distort the reputation of the kingdom.” Detainees, including children, commonly face arbitrary arrest and systematic violations of due process and fair trial rights.

As part of the justice reforms announced on February 8, 2021, the country’s first written penal code for discretionary crimes and a law of evidence are being prepared, though apparently without any participation by civil society. The crown prince said the changes are meant to “increase the level of integrity and efficiency of judicial institutions.” Details are yet to be published and it is unclear how closely these laws will comply with international standards. In particular, there are concerns that many arbitrary charges will simply be codified as wide-ranging, catch-all offenses that criminalize the rights to freedom of expression, association, and assembly, among other rights.

It is not the first time Saudi officials have claimed to be embarking on changes meant to increase the independence and effectiveness of the Saudi legal system. In 2017, King Salman issued a royal decree severing the Bureau of Investigation and Prosecution (BIP) from the Interior Ministry and re-establishing it as the Public Prosecution, an “independent” entity reporting directly to the king.

The Saudi prosecution service is a major tool of Saudi repression and has been used to oppress peaceful Saudi dissidents since 1988 through various means, including harassment, endless summonses for interrogation, arbitrary detention, and prosecution in blatantly unfair trials on spurious charges. These practices accelerated and increased following the 2017 reorganization.

Saudi Arabia has introduced important changes to its use of corporal punishment and the death penalty. In April 2020, Saudi authorities announced an end to flogging for some crimes and retroactive application of a 2018 legal change halting the death penalty for alleged child offenders for certain crimes. In January 2021, the Saudi Human Rights Commission announced a moratorium on the death penalty for drug-related offenses, crediting it with reducing executions by 85 percent in 2020. And in February 2021, the Commission announced that the Saudi judiciary had commuted the death sentences of three men for protest-related crimes when they there children.

Both the previous reforms and those recently announced have been introduced or are being drafted without public consultation, accompanied by a complete shutdown of what had already been a narrow space for civil society in Saudi Arabia. It leaves no one inside the country to monitor and report on government performance, ensure that the government is delivering on its promises, or advocate for further necessary changes.

To demonstrate that Saudi Arabia is truly reforming, King Salman and Crown Prince Mohammed bin Salman should introduce new reforms to ensure that Saudi citizens enjoy basic human rights, including freedoms of expression, association, and assembly, as well as an independent judiciary and due process of law.

The authorities can signal this commitment immediately, Human Rights Watch said, by releasing anyone detained arbitrarily or on charges based solely on their peaceful ideas or expression, dropping all charges against detainees that do not resemble recognizable crimes, and providing justice for abuses such as torture or arbitrary punishments.

“Saudi Arabia’s top-down reform dictates will never succeed without public consultation, in which people can share their views without fearing arrest,” Page said. “The upcoming reforms could very well entrench existing discrimination and criminalization of freedoms unless the very people who could help the government succeed are released from jail cells and those silenced are allowed to speak up.”