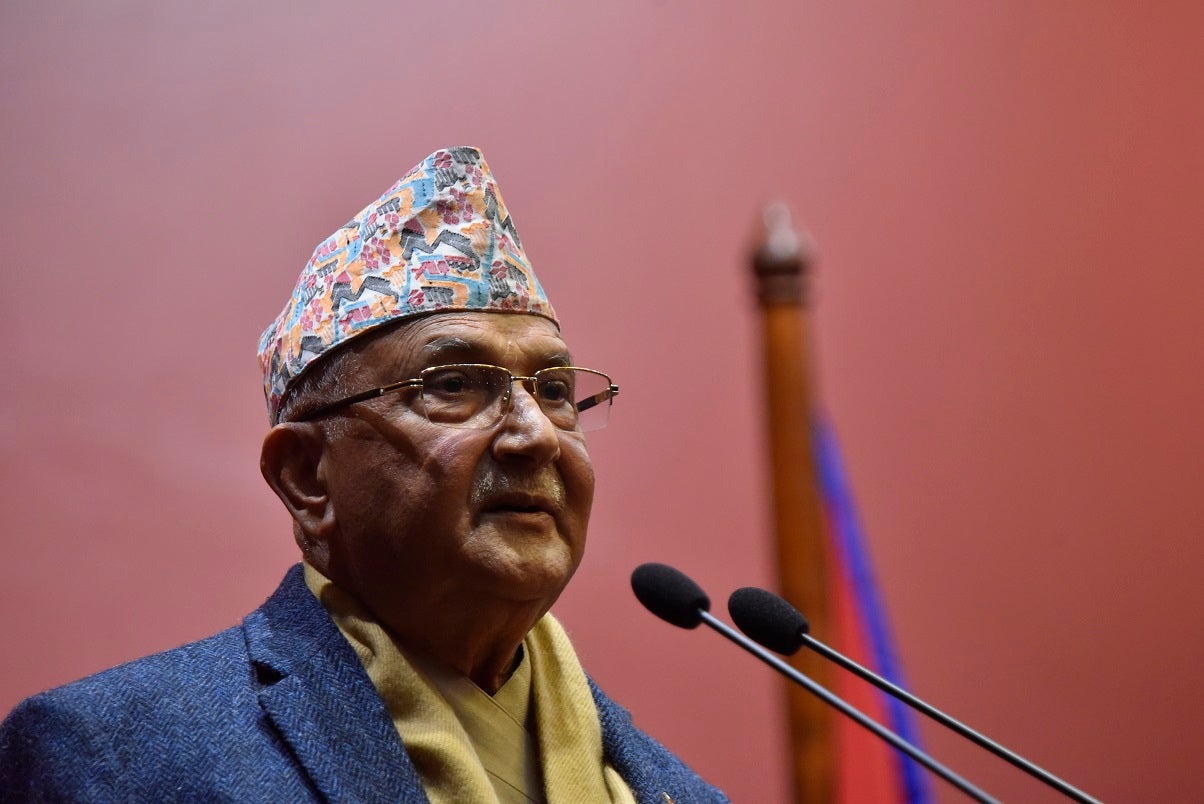 (New York) – The Nepal government should immediately withdraw an ordinance that undermines the independence of constitutional human rights bodies and rescind recent appointments that were made without consultation or parliamentary approval, Human Rights Watch, the International Commission of Jurists (ICJ), and Amnesty International said today.

These government actions undermine public trust and confidence in the integrity of the judiciary and other constitutional bodies such as the National Human Rights Commission and the Election Commission. The illegitimate appointments process is not simply an abstract irregularity but will lead to ineffective and weak implementation of critical mandates to protect human rights and other rule of law objectives, the groups said.

“The government’s actions are a severe dent in Nepal’s long struggle for a rule of law-based constitution, which was finally adopted in 2015 to guarantee human rights,” said Meenakshi Ganguly, South Asia director at Human Rights Watch. “It is sad to see some of the same politicians who drafted the Constitution playing fast and loose with the charter just a few years later.”

On December 15, 2020, President Bidya Bhandari endorsed an executive ordinance to amend the law governing the Constitutional Council, which makes appointments to the judiciary, the National Human Rights Commission (NHRC), and other constitutional bodies including the Election Commission. Under the Constitutional Council Act, five out of six members must be present, but under the ordinance a simple majority is sufficient. Because one seat on the council is vacant the quorum has been reduced to three.

The Constitutional Council met the same day with a newly reduced quorum. Three council members made 38 nominations to vacant positions on constitutional bodies at that meeting. They included all five seats on the National Human Rights Commission (NHRC), as well as nominations to bodies established to protect the rights of Dalits, women, and marginalized minorities, and to investigate corruption allegations.

Under the Constitution, appointments to these key institutions are supposed to be vetted by parliament. However, parliament was abruptly dissolved on December 20, five days after the appointments were announced. The nominees were sworn in on February 3, 2021, despite legal challenges in the Supreme Court to the constitutionality of the nominations and the dissolution of parliament. On February 23, the Supreme Court ruled that the dissolution of parliament was unconstitutional.

“In a context where repeated calls for institutional reforms have gone unheeded for decades, this move by the government further weakens the effectiveness of constitutional bodies that are supposed to be beacons of hope for victims of human rights violations and abuses,” said Mandira Sharma, senior international legal adviser at ICJ. “Independence, impartiality, and legitimacy are preconditions for these bodies to effectively and efficiently deliver their mandates.”

Nepal’s Human Rights Commission, until recently, had played an important role in calling for accountability, including by releasing the names of people allegedly responsible for serious human rights violations such as torture and extrajudicial killing and recommending that they should be prosecuted. It is currently graded ‘A’ by the Global Alliance of National Human Rights Institutions (GANHRI) for its compliance with the Paris Principles, which were adopted by the UN General Assembly as the basic standards governing the mandate and operation of effective national human rights organizations. Core among the Paris Principles is that a national human rights institution must be independent and that its independence must be guaranteed by law. The organizations are concerned that following the new appointments the commission no longer meets those standards.

Among the other constitutional bodies to which new commissioners have been appointed in the same manner are the Election Commission and the Commission for the Investigation of Abuse of Authority (CIAA), Nepal’s anti-corruption agency. The Election Commission is seen by many people as playing an important role in efforts to achieve a society based on the rule of law and respect for human rights, while the CIAA has the authority to bring corruption cases against politicians.

Numerous appointments have also been made to commissions with mandates to protect the rights of people from vulnerable groups, including the National Women’s Commission, National Dalit Commission, and National Inclusion Commission. Many of these positions had lain vacant for years.

“The doubts over the independence and integrity of the NHRC and other commissions will endanger the protection of human rights in Nepal,” said Dinushika Dissanayake, Deputy South Asia Director of Amnesty International. “The government must immediately reverse these appointments and start a new process in consultation with the civil society and rights holders in Nepal.”

The Accountability Watch Committee, a group of prominent human rights defenders in Nepal, issued a statement on February 12 announcing that they would not “cooperate and engage with the NHRC and other constitutional bodies until the Supreme Court’s decision.” Accountability Watch also called upon “the United Nations, diplomatic missions in Nepal and international organizations not to give legitimacy and cooperate with this appointment process which is currently sub-judice at the Supreme Court of Nepal.”

Foreign donor agencies that have previously engaged with the NHRC, and with the other commissions affected by this process, should stand clearly for a proper, open, and transparent appointments process that is based on international standards, Human Rights Watch, ICJ, and Amnesty International said.