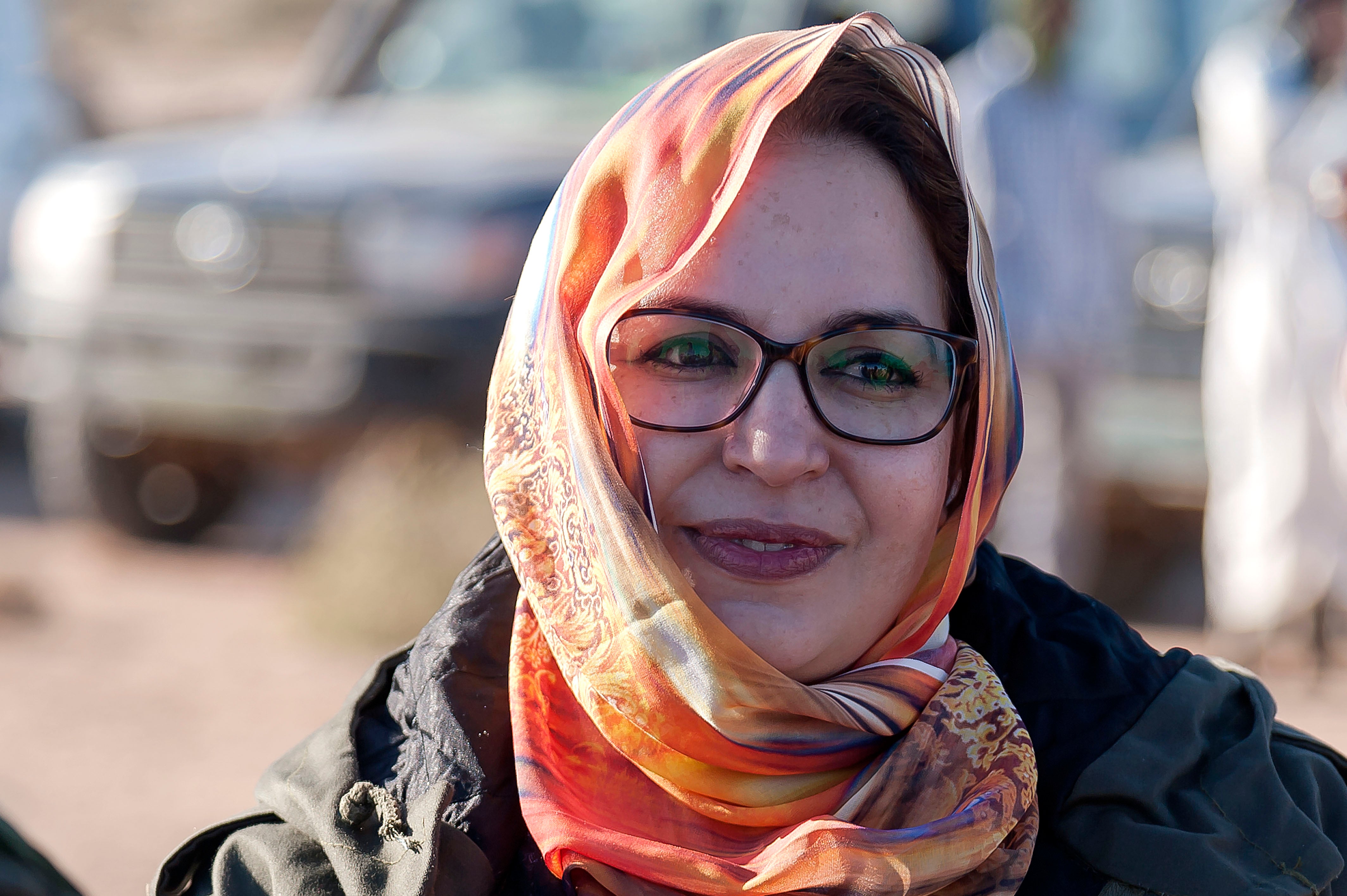 (Washington) – Moroccan security forces have maintained a near-constant heavy presence outside the house of an activist for Western Sahara independence for more than three months, Human Rights Watch said today. They have provided no justification and have prevented several people, including family members, from visiting.

The surveillance and violations of the right of the activist, Sultana Khaya, to associate freely with others, at her home in Boujdour, Western Sahara, are emblematic of Morocco’s intolerance of calls for Sahrawi self-determination in defiance of Morocco’s claim to the territory. Khaya is locally known for her displays of vehement opposition to Morocco’s control of Western Sahara. She often protests in the street, solo or with others, waving Sahrawi flags and chanting independence slogans in front of Moroccan security force members.

Khaya returned to her family on November 19, 2020, after a visit to Spain. While she was out that day, Moroccan security force members raided the house. During their operation, they hit her 84-year-old mother on the head, Khaya told Human Rights Watch. Security officers have remained outside the house ever since.

Human Rights Watch has viewed several videos, shot on various dates between November 19 and the present, showing groups of security force members in uniforms mixed with men in civilian clothes, some stationed near police vehicles, outside of Khaya’s home as she shouts pro-independence slogans from a window or a few meters outside the front door. Some show the men blocking the path to visitors or shoving them away.

Since November 19, Khaya has left the house less than a dozen times, walking a few meters as she films the security force members with her phone, then returning to the house. She said she often stands at a window waving the Sahrawi flag and chanting independence slogans.

Khaya has ventured farther from her home only once since November 19, she told Human Rights Watch. In late December, she said, she walked about 150 meters from her doorstep, until a group of security force members gathered near her. “They didn’t stop me or touch me, but I felt threatened and feared for my life, so I walked back home,” she said.

Moroccan authorities have long kept a strong lid on any public protests against Moroccan rule in Western Sahara and in favor of self-determination for the territory. They have beaten activists in their custody and on the streets, imprisoned and sentenced them in trials marred by due process violations, including torture, impeded their freedom of movement, and followed them openly. Moroccan authorities also refused entry to Western Sahara to scores of foreign visitors over the last few years, including journalists and human rights activists.

On January 18, 2021, police agents prevented a cousin of Khaya’s from entering the house. They also brutally pushed Khaya, who was standing outside, back through her front door, she told Human Rights Watch.

On February 13, while she was filming the police from an open window, Khaya was hit in the face by a rock that she said a security force member threw from the street. The National Council for Human Rights, a Moroccan state body, on February 16, called on the Boujdour prosecutor to investigate the incident.

Human Rights Watch interviewed Hassanna Duihi, a Sahrawi pro-independence activist who lives in Boujdour. Duihi said he had attempted to visit Khaya four times since December. The first two times, uniformed security force members shoved him away, providing no reason other than that they had “orders,” Duihi said. Human Rights Watch reviewed a video of one of the incidents, provided by Duihi. Filmed from inside the house, the one-minute video matches Duihi’s description of the incident. Duihi was able to visit Khaya on February 19 and 21 in the early morning, he said.

On February 21, around midday, a man in civilian clothes snatched Khaya’s mobile phone out of her hand while she was in the street outside her front door, filming security force members as they were blocking a visitor. Duihi and Babouzid Buihi, another independence activist whom Human Rights Watch interviewed, witnessed the incident from inside Khaya’s house, which Buihi had also reached earlier that day. Both men said she staged a sit-in protest outside her front door until 11 p.m. The phone was slipped under her door half an hour later, but Khaya said she refuses to use it, fearing that spyware had been installed on it.

On February 23, Khaya said, a police agent tried to hand her a summons to appear before a prosecutor. She refused to take the document, saying she didn’t recognize Morocco’s sovereignty over Western Sahara, and thus their jurisdiction over her. Human Rights Watch does not know the basis for the summons.

In response to an inquiry from Human Rights Watch, Morocco’s Inter-Ministerial Delegation for Human Rights stated, “Neither (Khaya) nor her family are subjected to any form of harassment or surveillance.” They added that on November 19, Khaya, back from travels, was “greeted by a group of persons in the street outside her house,” and that the authorities urged the group to “respect safety measures” in response to the Covid-19 pandemic. That request, they said, resulted in Khaya’s mother “losing consciousness” for reasons they didn’t specify.

Khaya said no local official ever mentioned Covid-19 as a justification for the continued presence of police forces around her house since November or blocking some visitors. Duihi said that Moroccan authorities had imposed no Covid-19 safety measures on Boujdour beyond the nighttime curfew they had imposed throughout Morocco and Moroccan-controlled Western Sahara. He said that, to his knowledge, police have not maintained such heavy surveillance in front of any other private residence in the city and that the pandemic had not prevented various crowded events in the city, including pro-Morocco political gatherings.

Most of Western Sahara has been under Moroccan control since Spain, the territory’s former colonial administrator, withdrew in 1975. In 1991, both Morocco and the Polisario, the liberation movement for Western Sahara, agreed to a UN-brokered ceasefire to prepare for a referendum on self-determination. That referendum never took place. Morocco considers Western Sahara to be an integral part of the kingdom and rejects demands for a vote on self-determination that would include independence as an option.

“The police heavy-handed stakeout around Sultana Khaya’s home illustrates Morocco’s determination to keep pressure, including psychological, on those who reject its claim of sovereignty over Western Sahara,” Goldstein said.