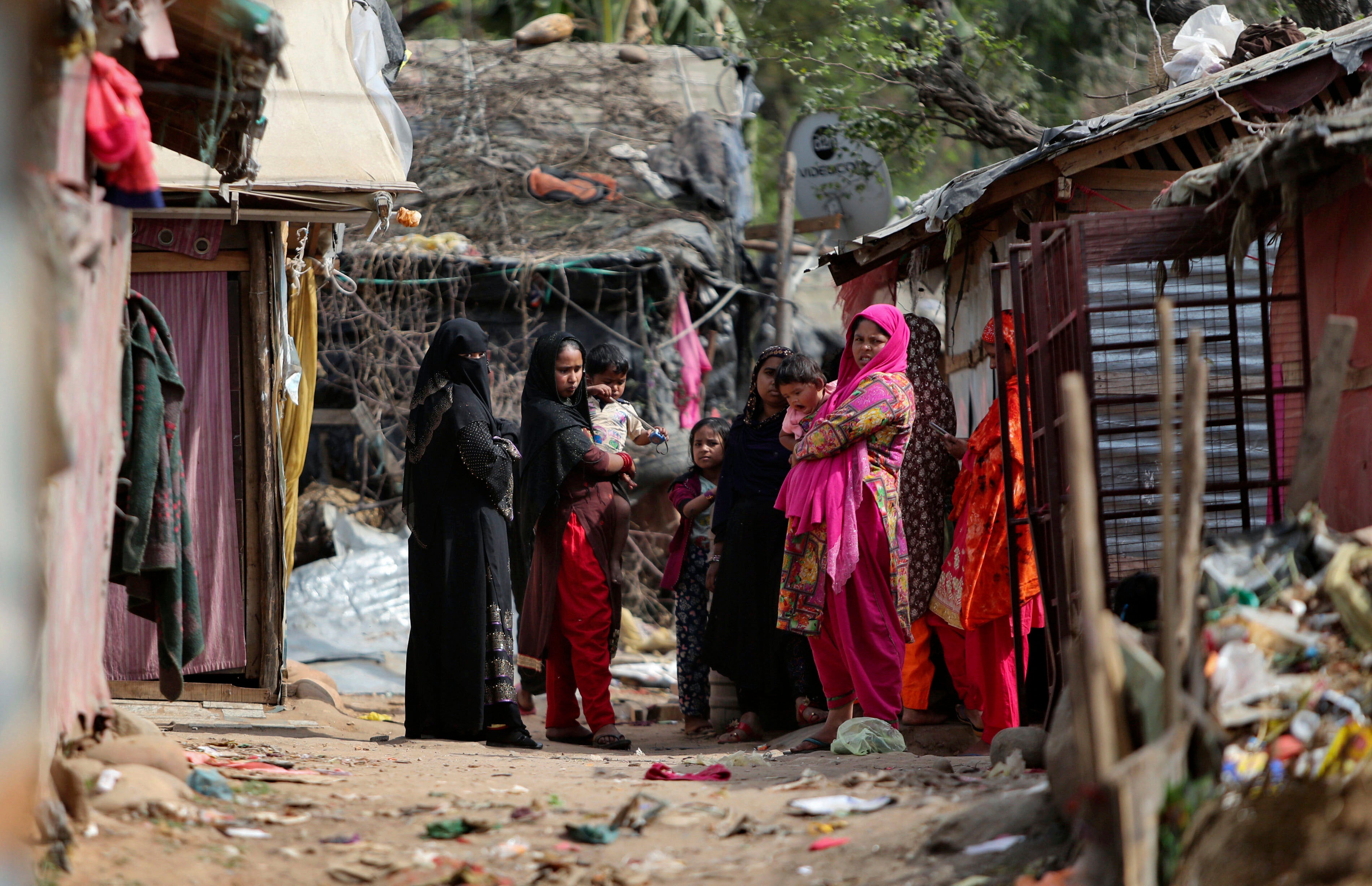 (New York) – The Indian government should halt any plans to deport ethnic Rohingya and others to Myanmar, where they would be at risk from its oppressive military junta, Human Rights Watch said today. On March 6, 2021, the authorities in Jammu and Kashmir detained nearly 170 Rohingya, sent them to a holding center as part of a verification process, and said they plan to deport them. Myanmar authorities have also asked the Indian government to return eight police officers who with their families sought refuge in India after the military coup.

Since the February 1 coup, when the Myanmar military overthrew the democratically elected government, the security forces have used excessive and lethal force against peaceful protesters throughout the country. They have killed at least 55 people and carried out hundreds of arbitrary arrests and detentions including enforced disappearances. The junta has amended laws to strip away basic rights, brought politically motivated prosecutions, and intermittently blocked internet access.

“Any plan to forcibly return Rohingya and others to Myanmar will put them back in the grip of the oppressive military junta that they fled,” said Meenakshi Ganguly, South Asia director. “Myanmar’s long-abusive military is even more lawless now that it is back in power, and the Indian government should uphold its international law obligations and protect those in need of refuge within its borders.”

The recent detention of Rohingya in Jammu and Kashmir follows the Indian government’s announcement in 2017 that it would deport all Rohingya, whom they consider to be “illegal immigrants.” Since October 2018, the Indian government has deported 12 Rohingya to Myanmar, claiming that they left voluntarily.

Many Rohingya in Jammu and Kashmir say that they hold identity documents issued by the United Nations High Commissioner for Refugees (UNHCR) and that they feared for their safety in Myanmar. Over a million Rohingya have fled Myanmar, primarily to Bangladesh, most of them since the military’s campaign of ethnic cleansing that began in August 2017. The 600,000 Rohingya remaining in Myanmar’s Rakhine State face severe repression and violence, with no freedom of movement, no access to citizenship, or other basic rights. Abuses against the Rohingya in Rakhine State amount to the crimes against humanity of apartheid and persecution, Human Rights Watch said.

“We are not ready to go back, until the situation improves in Myanmar,” said Mohammad Saleem, 42, a Rohingya refugee in Jammu and Kashmir. “It is extremely distressing for us to be sent back to Myanmar against our wishes.”

Indian authorities nonetheless say that they will deport Rohingya irregular immigrants not holding valid travel documents required under the Foreigners Act. But any forcible returns to Myanmar will violate the international legal principle of non-refoulement, which prohibits countries from returning anyone to a country where they may face persecution, torture, or other serious harm, Human Rights Watch said. Although India is not a party to the 1951 UN Refugee Convention or its 1967 Protocol, non-refoulement is recognized as customary international law and is binding on all countries.

Human Rights Watch has extensively documented rampant and systemic human rights violations against the Rohingya in Myanmar. The International Court of Justice (ICJ) in January 2020 imposed provisional measures on Myanmar to prevent genocide while it adjudicates alleged violations of the Genocide Convention. The International Criminal Court (ICC) in November 2019 began an investigation into Myanmar’s forced deportation of Rohingya and related crimes against humanity.

India has an estimated 40,000 Rohingya, at least 16,500 of whom are registered with UNHCR. Since 2016, extremist Hindu groups have targeted Rohingya refugees in Jammu and called for their eviction. A public anti-Rohingya campaign, claiming that they are “terrorists,” instigated vigilante-style violence, including a reported arson attack by unidentified assailants on five Rohingya houses in April 2017.

In February, at least 81 Rohingya refugees from the Bangladesh refugee camps, were found crammed in a fishing boat that had been drifting in the Andaman sea after its engine failed on the way to Malaysia. They were suffering severe hunger and dehydration; eight people died. After the refugees sent their GPS location to relatives, the Indian navy and coast guard located the boat and provided food, medical, and technical aid. The Indian government has sought to send the refugees back to Bangladesh, which has refused to accept them.

Police in India’s Mizoram state said that an estimated 100 people, mostly police and their families, had crossed the border from Myanmar. Several Myanmar police officers said they fled after refusing to follow orders and use violence against those protesting the coup, which had deposed the elected government of Aung San Suu Kyi’s National League for Democracy. Mizoram state officials have provided humanitarian assistance to the refugees, and the National Campaign Against Torture, a Delhi-based group, has called on Indian authorities, including the National Human Rights Commission, to urgently process their asylum requests.

The Indian government has expressed concern over the coup saying, “We believe that the rule of law and the democratic process must be upheld.” The UN special envoy on Myanmar, Christine Schraner Burgener has called on the UN Security Council, of which India is presently a member, for “resolute and coherent” action “putting the security forces on notice and standing with the people of Myanmar firmly, in support of the clear November election results.”

India should not deport Rohingya or others, including the police officers and their families, to Myanmar until the Indian government can appropriately determine whether they are seeking asylum. If so, they have a right to a fair and efficient review of their claim. Those found to be refugees should have access to education, health care, and employment. Anyone slated for deportation should have access to a fair procedure to determine whether they face harm on return.

“The Myanmar military’s increasingly brutal repression following the coup puts any returnees at serious risk of abuse,” Ganguly said. “Instead of putting more lives in harm’s way, India should join other governments in pressing the military junta to restore democratic rule.”