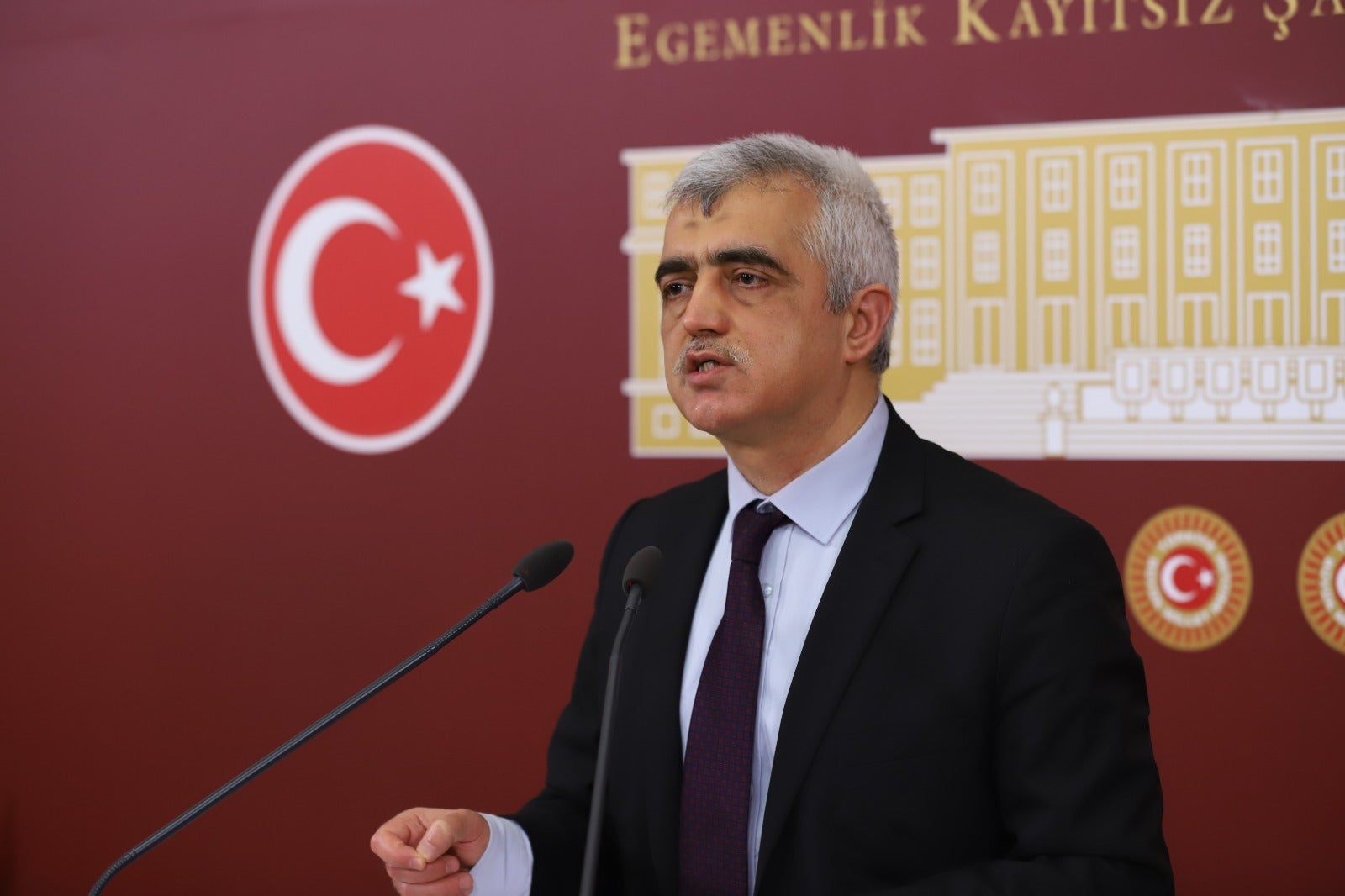 (Istanbul) – Any move by Turkey’s parliament to use an opposition politician’s wrongful conviction for a social media post as a pretext to strip him of his parliamentary seat and jail him would compound the serious violation of his right to freedom of expression and violate the voters’ right to choose their representatives, Human Rights Watch said today.

Ömer Faruk Gergerlioğlu, a member of parliament since 2018 for the Peoples’ Democratic Party (HDP) representing Kocaeli province, western Turkey, is one of the most outspoken critics of President Recep Tayyip Erdogan’s government’s appalling record on human rights. Gergerlioğlu, a physician and longtime human rights advocate, was found guilty in February 2018 of “spreading terrorism propaganda” on the basis of a 2016 social media post that did not advocate violence.

“Any move to strip Ömer Faruk Gergerlioğlu of his parliamentary seat as a prelude to jailing him would look like a reprisal by the Erdogan government for his brave and vocal stance in support of thousands of victims of human rights violations,” said Hugh Williamson, Europe and Central Asia director at Human Rights Watch. “Gergerlioğlu’s conviction is a blatant violation of his right to free speech and using it as a pretext to expel him from parliament would show deep disdain for democratic norms and the right to political association.”

Turkey’s top appeals court upheld the conviction and sentence of two years and six months in prison on February 19, 2021. On March 15, the Speaker of Turkey’s parliament indicated that steps to strip Gergerlioğlu of his seat may be imminent, though Gergerlioğlu has filed a Constitutional Court challenge to the prosecution against him.

On August 20, 2016, almost two years before he became member of parliament, Gergerlioğlu tweeted and commented on a news story briefly reporting that the leadership of the armed Kurdistan Workers’ Party (PKK) based in northern Iraq had called on the Turkish state to take a step towards peace. The news story also carried a lengthy response to the PKK call by Bülent Arinç, then the speaker of the parliament and former deputy prime minister.

Gergerlioğlu said that, “This [the PKK’s] call should be properly considered, there’s no end to the issue…!” (Bu çağrı hakkıyla değerlendirilmeli, bu işin sonu yok…!), making the argument that there should be a renewed peace process to end the decades-long conflict between the Turkish state and the PKK. Gergerlioglu was convicted for this tweet sharing the news article and its accompanying photograph of PKK fighters. But no one from the news website that published the article was prosecuted, and the news article itself with the photograph is still accessible online and has never been the subject of any court order blocking it or requiring its removal.

Gergerlioğlu’s 2016 tweet falls squarely within the boundaries of protected speech and there are no grounds on which to argue that it could be either necessary or proportionate to prosecute him for words which state an opinion and do not incite violence, Human Rights Watch said. His prosecution and conviction are a serious violation of his rights to freedom of opinion and expression and take place in the context of widespread and systematic violations of free speech by the Turkish government that have accelerated following the coup attempt in 2016.

Any argument that the tweet provides a possible ground to deny Gergerlioğlu parliamentary immunity because – relying on article 14 of Turkey’s Constitution – Gergerlioğlu was misusing fundamental rights protected under the Constitution or attempting to divide the country or overthrow the republic, does not stand up to scrutiny, Human Rights Watch said.

Nevertheless, on March 15, the speaker of Turkey’s parliament indicated that steps to strip Gergerlioğlu of his seat may be imminent because if a member is convicted of a crime included under article 14, then the speaker has only to read out the notification of a conviction at the parliament’s general assembly for that deputy to lose their parliamentary seat.

In fact, article 14 is vague and does not specify that it includes “spreading terrorist propaganda”, the offense for which Gergerlioğlu was convicted, and a charge routinely misused in Turkey to shut down protected speech disliked by the government. As such, Human Rights Watch considers that stripping Gergerlioğlu of his parliamentary seat on the grounds of his conviction for “spreading terrorist propaganda” would amount to arbitrary and wrongful interference with his constitutional right to parliamentary immunity.

Before he was elected to parliament in the 2018 general election, Gergerlioğlu was well known for his engagement over many years in human rights activism alongside his professional work as a doctor. After he was arbitrarily dismissed by emergency decree from working in the public health sector, he worked briefly in a private hospital and continued his human rights work.

After he entered parliament, Gergerlioğlu made human rights his main focus and has been a voice for tens of thousands of people arbitrarily dismissed and jailed in the aftermath of the 2016 coup attempt. At a time when few members of parliament or activists have been speaking up for the rights of people unjustly targeted for their links with the Fethullah Gülen movement, which Turkey regards as a terrorist organization responsible for the coup attempt, Gergerlioğlu has not shied away from his principled and impartial stance in defending their rights, Human Rights Watch said. He has made a huge contribution by telling the stories of ordinary people subject to deep injustice and by championing them in their struggle for dignity and recognition regardless of their political and social affiliations.

In recent weeks Gergerlioğlu has raised the issue of routinely reported strip searches of women taken into custody as a cruel and degrading practice. His work to highlight the issue has received wide coverage in the Turkish media but has been met with full or partial denials by the prison authorities and members of parliament from the ruling coalition.

“The deeply flawed conviction of Gergerlioğlu for a social media posting should not become the pretext to expel him from parliament and into jail,” Williamson said. “A decision of the Constitutional Court is pending on his case and in the meantime the government would do better to seriously address the human rights concerns raised by Gergerlioğlu and let him carry on his legitimate parliamentary work as an elected deputy.”