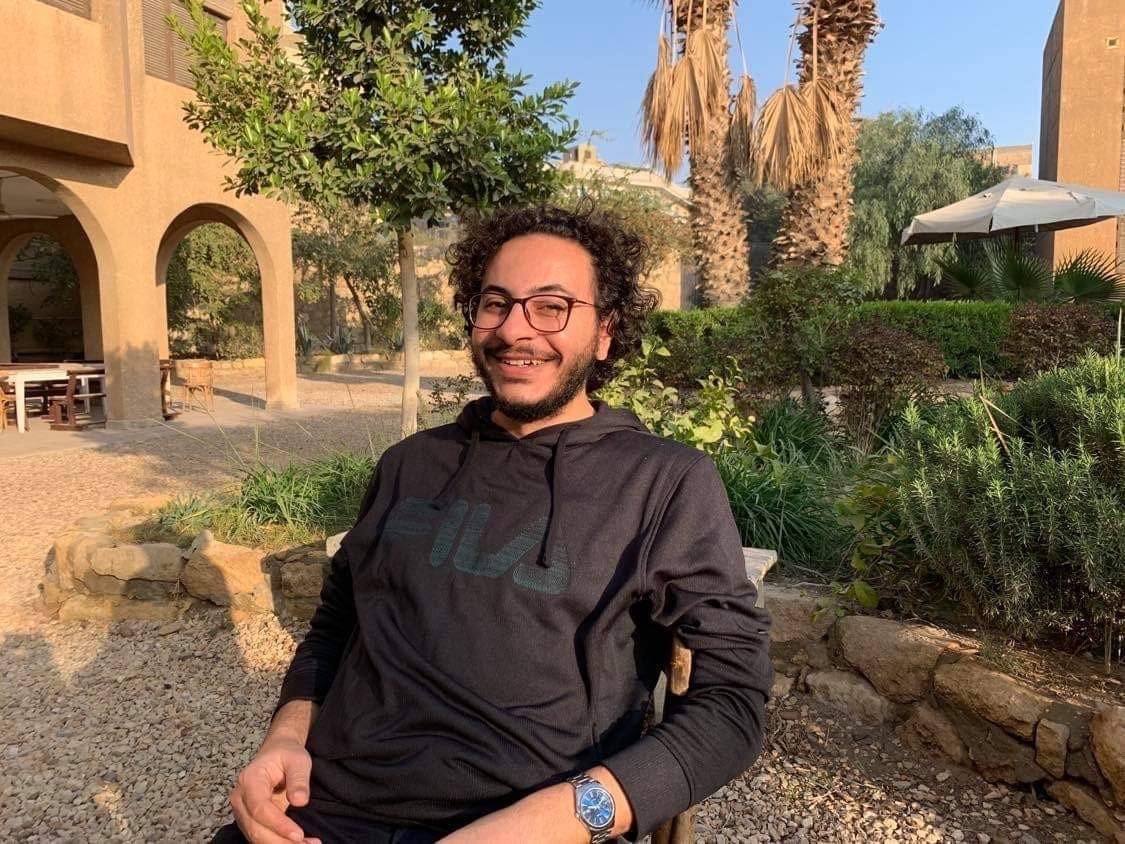 Police arrested the student, Ahmed Samir Santawy, on February 1, 2021, and allegedly beat him. Prosecutors ordered him detained pending an investigation for allegedly “joining a terrorist group” and “spreading false news.” Santawy’s arrest is part of a pattern of arbitrary detention of Egyptian academics and critics when they return from abroad.

“Ahmed Samir Santawy’s arrest and detention appear to be completely arbitrary and part of a pattern of punishing independent voices,” said Joe Stork, deputy Middle East and North Africa director at Human Rights Watch. “Unfortunately, he is just one of many academics and critics to be imprisoned and face so-called terrorism charges upon returning from abroad.”

Santawy’s Belgian partner, Souheila Yildiz, and another relative told Human Rights Watch that police held Santawy incommunicado for five days, until February 6, then took him before the Supreme State Security Prosecution (SSSP), an abusive branch of public prosecution that routinely oversees unjust detentions. Egyptian criminal procedures allow those prosecutors to detain people for up to five months without taking them before a judge.

When Santawy arrived from Vienna at Egypt’s Sharm al-Sheikh International Airport on December 15, 2020 on vacation, airport officers interrogated him for two hours about his studies abroad before allowing him to leave, Yildiz said. On January 23, seven armed Interior Ministry and National Security Agency officers and soldiers raided his family home in Cairo, searched it, and confiscated the home’s surveillance camera recordings without showing a search or arrest warrant, according to official complaints the family submitted to authorities that Human Rights Watch reviewed.

Santawy was not at home, and the officers left a note ordering him to see the National Security Agency officer at the Cairo’s Fifth Settlement police station, Yildiz and the relative said. They said that Santawy went to see the officer on January 30, but officers at the station told him to come back in two days. He went there again on February 1, but did not return home. The family believes he was moved to a National Security Agency building, where he was held incommunicado for five days with no access to family and lawyers.

Santawy appeared before the State Security prosecutors for interrogation on February 6. They added him to the Case 65 of 2021, accusing him of “joining a terrorist organization,” and “spreading false news.” The case includes the arbitrarily detained journalists Nermin Hussein and Naglaa Fathy Fouad, who were arrested in March and June 2020 respectively and ordered detained in this case despite court orders to release them in previous cases based on the same accusations. The State Security prosecutors routinely rubber stamp security allegations, unsupported by evidence, to detain peaceful activists.

The relative said that the interrogations focused on Santawy’s studies, activism, and Facebook posts that he denied writing.

Santawy’s lawyer told al-Manassa website that Santway told prosecutors that he was severely beaten during interrogation at the National Security Agency’s office inside the police station.

On February 17, the State Security Prosecution renewed Santawy’s detention for 15 more days without him or his lawyer present, Yildiz said. On February 23, the prosecution also accused him of “funding a terrorist organization,” based on investigations that neither Santawy nor his lawyers were allowed to review.

According to emails Human Rights Watch received from the president of the student union at the Central European University, Santawy’s academic work focused on women’s reproductive rights.

Santawy is one of a number of Egyptians arbitrarily arrested, and in some cases disappeared, and prosecuted on their return to Egypt. On February 22, the airport authorities arrested Gamal al-Gamal, a well-known political columnist, upon his return from Turkey and took him before the State Security Prosecution after holding him incommunicado for five days. The prosecution added al-Gamal to Case 977 of 2017, which includes dozens of journalists and activists, and ordered his pretrial detention on accusations of spreading false news and misusing social media platforms, apparently based solely on his writings.

On February 7, 2020, the authorities arrested Patrick George Zaki, the Egyptian Initiative for Personal Rights (EIPR) researcher on gender issues, at Cairo Airport upon his return from his studies in Italy. National Security Agency officers allegedly tortured him, including with electric shocks, his lawyers told EIPR. Prosecutors and judges have since kept him in pretrial detention on charges that include spreading false news, calling for unauthorized protests, and incitement to commit violence and terrorist crimes, without presenting any evidence of wrongdoing.

Cairo International Airport security forces interrogated and later arrested Hisham Abdel Aziz, an Al Jazeera journalist, upon his arrival for his annual holiday from Qatar on June 20, 2019. State Security Prosecution ordered Abdel Aziz detained over charges of “belonging to a terrorist group and spreading false news.” He has been held without trial in Tora prison ever since. His health has been deteriorating and he needs medical care for his eye that is not available in prison, his wife, Samira el-Taher, said on social media. In January 2019, security arrested Ahmed Gamal Ziada, a photojournalist and reporter, when he arrived at Cairo Airport from a work trip in Tunisia and held him incommunicado for 14 days. Ziada was released on bail on March 9, 2019.

Security forces arrested Walid Salem, a University of Washington Ph.D. student, in March 2018 and detained him for seven months because of his research on the Egyptian judicial system. He was conditionally released in December 2018 but remains subject to a travel ban.

On February 14, 2018, National Security forces raided the house of Abdel Moneim Aboul Fotouh, a former presidential candidate and head of the Strong Egypt Party, a day after his return from London where he gave critical interviews to Al Jazeera and BBC. He has been detained without trial despite exceeding the two-year limit on pretrial detention in Egyptian law.

On November 29, 2015, security officers at Hurghada Airport stopped and interrogated Ismail al-Iskandrani, a freelance journalist and researcher, when he returned from Germany. State Security prosecutors ordered him detained on charges of belonging to an illegal group and spreading false news. He was referred to military prosecution in December 2017, and in May 2018, a military court sentenced him to 10 years in prison.

“The pattern of arresting critical voices upon their return to Egypt is a message to those abroad that they’re not welcome in their country and to those inside that they are not safe if they criticize the government,” Stork said. “The Egyptian government should end its zero-tolerance and arbitrary arrests of critics.”