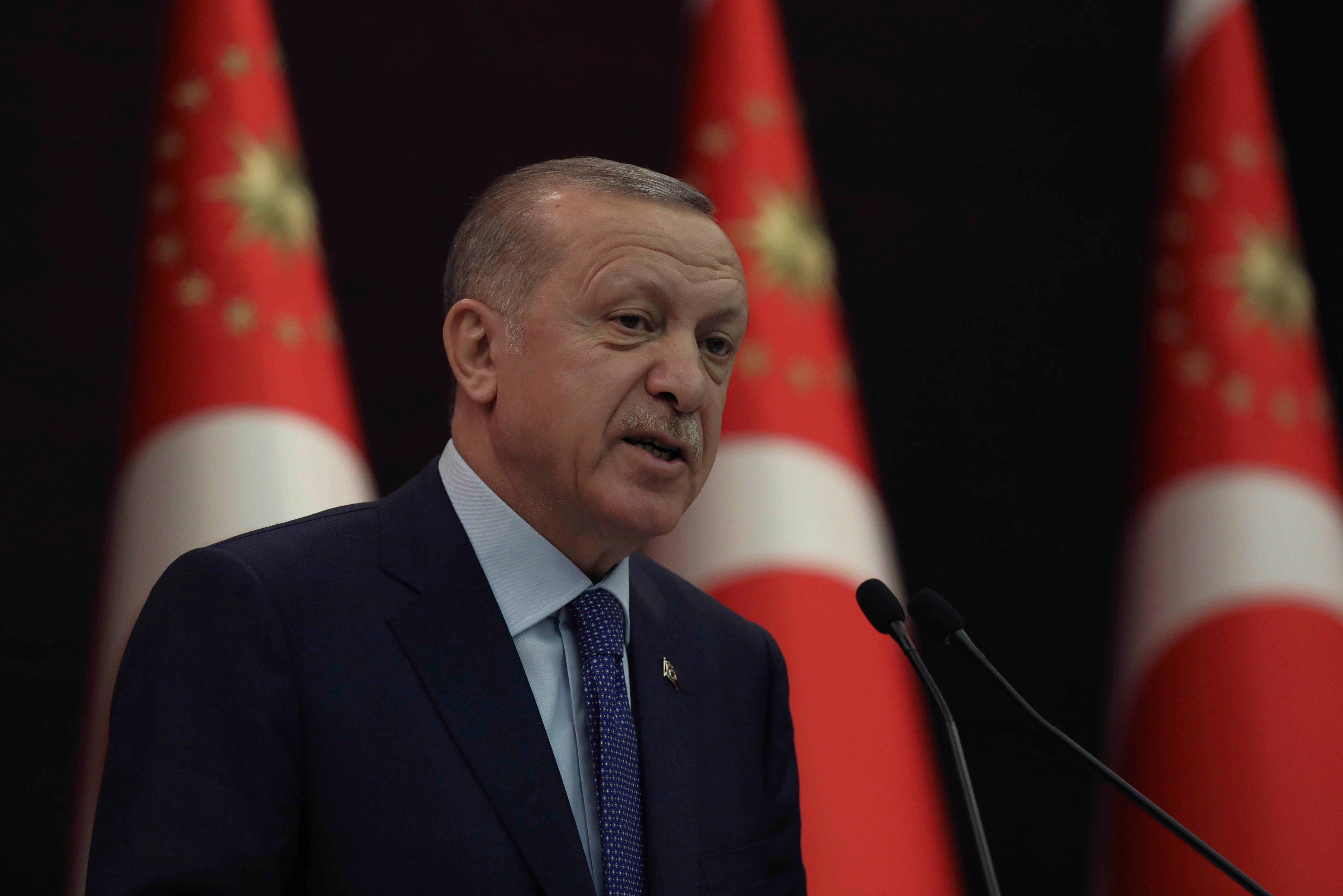 (Istanbul) – The government of President Recep Tayyip Erdoğan is dismantling human rights protections and democratic norms  in Turkey on a scale unprecedented in the 18 years he has been in office, said Human Rights Watch today. The government took further dangerous measures over the past week to undermine the rule of law and target perceived critics and political opponents.

On March 19, 2021, the president issued a decree suddenly withdrawing Turkey from the Council of Europe’s Convention on Preventing and Combating Violence Against Women and Domestic Violence, known as the Istanbul Convention, a groundbreaking treaty strongly supported by the women’s rights movement in Turkey. The move came two days after the chief prosecutor of Turkey’s top court of appeal announced that he was opening a case to close down the opposition Peoples’ Democratic Party (HDP), only hours after the Erdoğan-controlled parliament improperly expelled an HDP deputy.

“President Erdoğan is targeting any institution or part of society that stands in the way of his wide-ranging effort to reshape Turkey’s society,” said Kenneth Roth, executive director of Human Rights Watch. “The latest developments against parliamentary opposition, the Kurds, and women are all about ensuring the president’s hold on power in violation of human rights and democratic safeguards.”

President Erdoğan’s dramatic move to withdraw from the Istanbul Convention with an overnight presidential decree is part of efforts to shore up support from religious conservative circles outside his party and shows his readiness to use the convention as a pretext to promote a highly divisive and homophobic political discourse. That discourse disingenuously claims women’s rights undermine so-called family values and promotes a hateful and discriminatory view of lesbian, gay, bisexual, and transgender (LGBT) people.

The president’s communications chief on March 21 issued a written statement defending the decision to withdraw Turkey from the treaty, saying that it was “hijacked by a group of people attempting to normalize homosexuality – which is incompatible with Turkey’s social and family values.” The claim stems from the convention’s language prohibiting discrimination based on sexual orientation and gender identity. Women’s groups across Turkey have been staunch supporters of the convention as it legally obligates governments to take effective steps to prevent violence against women, protect survivors, and punish abusers.

Given the hundreds of murders of women by partners and former partners in Turkey each year, Erdoğan’s move to withdraw from and weaponize the treaty for political ends and to ignore the treaty’s desperately needed protections for women is shocking, Human Rights Watch said.

“The decision to withdraw is a profoundly backward step in the struggle to protect women’s rights in Turkey and a major blow for all women across the political spectrum,” Roth said.

In response, on March 20, thousands of women protested in cities across Turkey, declaring that the women’s movement in Turkey will continue the struggle and demand government action to combat the entrenched problem of domestic violence and femicide.

The move by the chief prosecutor of the Court of Cassation on March 17 to close down the Peoples’ Democratic Party, the second-largest opposition party in parliament, came shortly after parliament expelled the HDP deputy Ömer Faruk Gergerlioğlu on the pretext of his conviction for a social media posting. Gergerlioğlu’s expulsion was in reprisal for his consistent focus on the thousands of victims of Erdoğan’s human rights crackdown, while the effort to close the HDP targets the rights of millions of Kurdish voters and subverts the principle of parliamentary democracy, Human Rights Watch said.

Over the past 30 years, Turkey has closed down five pro-Kurdish political parties. As in earlier cases, the chief prosecutor’s indictment accuses the Peoples’ Democratic Party of acting “against the indivisible integrity of the state with its country and nation” (separatism) and violating the constitution and laws, necessitating its full and permanent closure.

The prosecutor also asked the court to ban 687 named individuals, including current and former members of parliament and hundreds of party officials, from political life for five years and to cut the treasury funding that the HDP, like other parties, is entitled to. The evidence cited includes speeches and political activities by parliamentary deputies in office at various times over the past eight years.

“Initiating a case to close down a political party that won 11.7 percent of the vote nationally in the 2018 general election and has 55 elected members of parliament is a major assault on the rights to political association and expression,” Roth said. “The move could deny close to six million voters their chosen representatives in violation of their right to vote.”

On March 20 and 21, Peoples’ Democratic Party voters turned out in force at Kurdish new year (Nowruz) assemblies in Turkey’s major cities, turning the gathering into a powerful expression of support for the party and protest at the onslaught on the rights of its predominantly Kurdish base. On March 22, the Diyarbakır prosecutor initiated an investigation into the party’s co-leader for his speech during the Nowruz celebrations. And an Istanbul court sentenced the party’s former co-leader Selahattin Demirtaş to three years and six months in prison for “insulting the president” in a 2015 speech.

The major developments of the past few days follow a series of grave setbacks for human rights in Turkey in 2020 and 2021. The Erdoğan government has repeatedly flouted binding European Court of Human Rights judgments ordering the release of the rights defender Osman Kavala and politician Selahattin Demirtaş.

In December 2020, the government rushed in a law giving it much wider powers to target civil society organizations on the pretext of combatting terrorism financing and proliferation of weapons of mass destruction. The government wrongly contended that the new rules are in accordance with UN Security Council resolutions.

In January, the president moved to deepen his control over higher education, with the appointment of a rector to one of Turkey’s top universities and subsequent restructuring of the institution in the face of widespread protests by the university staff and students. Anti-LGBT speeches and social media posts by top government officials have become common – most recently against students arrested for an artwork with LGBT flags and on International Women’s Day.

The publication of a Human Rights Action Plan on March 2 is completely at odds with the reality on the ground, where arbitrary detentions and prosecutions of journalists, activists, and others are routine and intensifying. Two weeks after the President announced the Human Rights Action Plan, Öztürk Türkdoğan, the co-chair of a prominent human rights association, was arrested during dawn raids in Ankara. He was later released.

The European Union and US administration have acknowledged the profound setbacks for human rights but continue overwhelmingly to focus on Turkey’s strategic importance in the region, its foreign policy, its active role in regional conflicts, and migration policies.

On March 25 and 26, EU leaders are to review their relations with Turkey. The European Council should speak out over the sharp decline in the human rights situation in Turkey. The council should make clear that an EU-proposed positive agenda with Turkey would be tied to ending attacks on opposition figures and measurable progress in upholding human rights.

“EU leaders should not pretend it is business as usual, while Turkey’s government is escalating its assaults on critics, parliamentary democracy, and women’s rights,” Roth said.