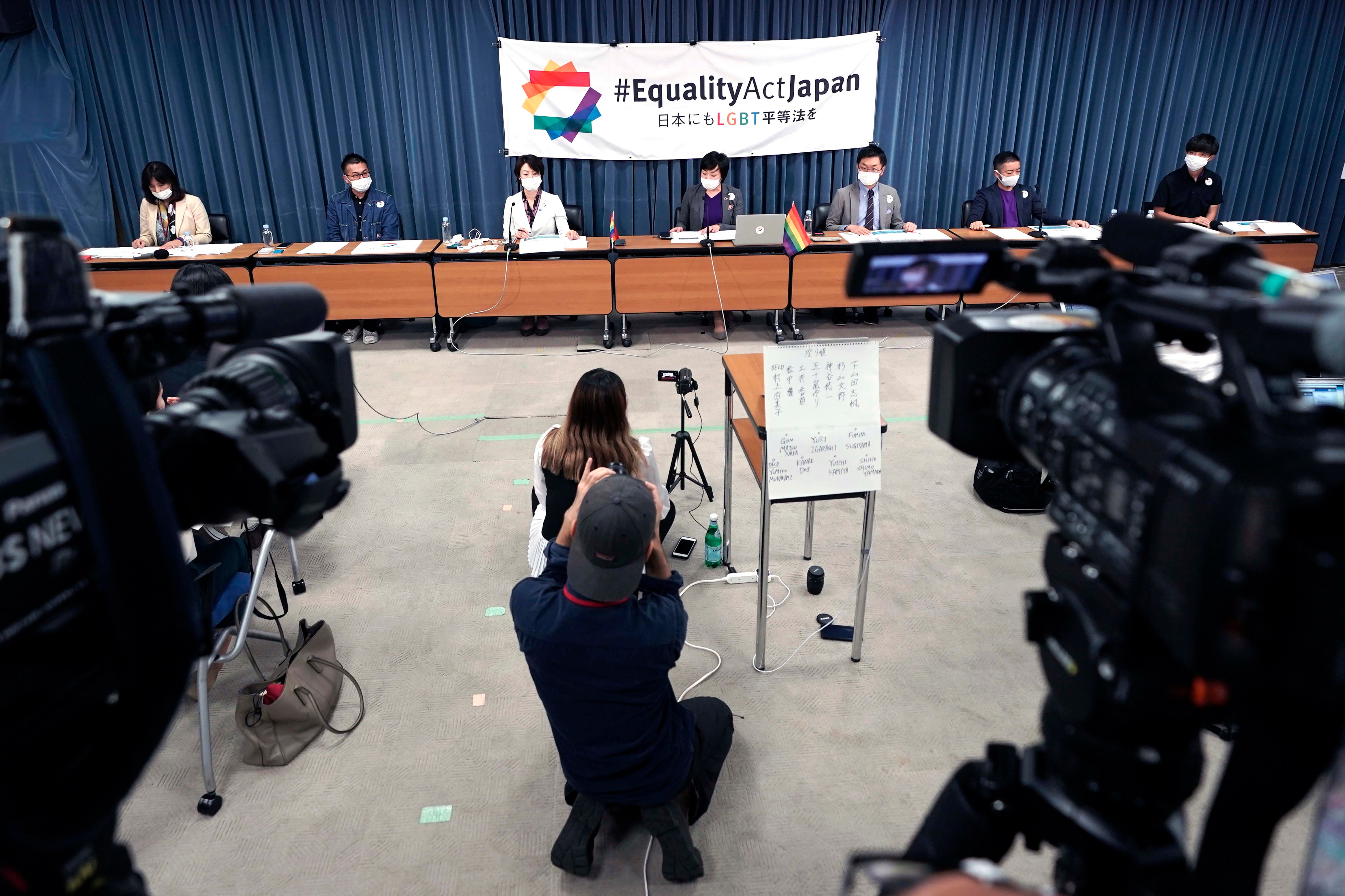 (Tokyo) – Japanese political parties should work together to submit and pass a bill at the national Diet to protect against discrimination on the basis of sexual orientation and gender identity, J-ALL, Athlete Ally, All Out, and Human Rights Watch said today. The groups submitted a petition containing 106,250 signatures from Japan and abroad to the ruling Liberal Democratic Party, asking it to introduce the LGBT Equality Act.

The LGBT Equality Act should be passed during the ongoing Diet session, which is scheduled to end in mid-June 2021, so that this landmark, urgently needed legislation is in place before the Tokyo Olympics, which are set to start on July 23.

“It’s major progress that Japan’s political parties are discussing LGBT-related legislation, but many LGBT people in Japan still remain in the closet, unable to discuss with others out of fear and stigma,” said Yuri Igarashi, director of the Japan Alliance for LGBT Legislation (J-ALL), an umbrella organization of 80 LGBT groups in Japan. “With the Olympic Games approaching, a law prohibiting discrimination on the basis of sexual orientation and gender identity is urgently needed to protect LGBT people, not only athletes and spectators, but everyone in Japan.”

Tokyo was slated to host the 2020 Summer Olympics, but the International Olympic Committee and the Japanese government postponed the games for a year due to the Covid-19 pandemic. The Tokyo Summer Games are advertised as celebrating “unity in diversity” and “passing on a legacy for the future.” To do this, Japan needs to enact a national anti-discrimination law to protect lesbian, gay, bisexual, and transgender (LGBT) people in a manner that meets international standards, Human Rights Watch said.

The #EqualityActJapan campaign has gathered 106,250 signatures (including 41,333 from Japan) during an online petition drive from October 15, 2020 to February 21, 2021. Many athletes and others affected by the lack of protections in Japan have added their names and support to the campaign for an Equality Law in Japan.

“The spirit of the Olympic Games unites us as a global sports community championing equality and inclusion for all,” said Joanna Hoffman, communications director at Athlete Ally. “Athlete Ally is proud to support the LGBT Equality Act in Japan, and to mobilize athletes around the world who believe all Japanese LGBT people should live free from discrimination of any kind.”

Japanese LGBT groups have pressed for six years to pass legislation to protect everyone’s rights. Their progress reflects sharply changing attitudes in Japanese society, with public support for LGBT equality surging in recent years. In November, a nationwide public opinion survey found that 88 percent of those polled “agree or somewhat agree” with the “introduction of laws or ordinances that ban bullying and discrimination (in relation to sexual minorities).”

Japan’s national government has not enacted anti-discrimination legislation on the grounds of sexual orientation and gender identity. But in October 2018, the Tokyo metropolitan government adopted an ordinance that protects LGBT people from discrimination in line with the Olympic Charter. This municipal “Olympics” law was a direct result of a human rights consultation tied to the Olympics, and has proven popular. But it has also shown gaps in protection across the country and the need for a national approach, the groups said.

“Tens of thousands of people in Japan, and from around the globe, have come together to demand safety and equal rights for LGBT+ people in Japan,” said Stana Iliev, campaigns manager at All Out. “Japanese political parties need to act now to establish the LGBT Equality Act. The world is watching.”

Japan has increasingly taken a leadership role at the United Nations by voting for both the 2011 and 2014 Human Rights Council resolutions calling for an end to violence and discrimination based on sexual orientation and gender identity. But LGBT people in Japan continue to face intense social pressure and fewer legal protections than other Japanese. On March 17, a court in Sapporo called Japan’s current ban on same-sex marriage “unconstitutional.” Japan’s Supreme Court will eventually have to decide whether the Diet needs to amend the law to recognize same-sex relationships.

“If all political parties in Japan could come together to pass this landmark legislation to protect LGBT people including athletes, it will be a significant turning point for Japan as the global Olympic spotlight turns on the country,” said Kanae Doi, Japan director at Human Rights Watch.