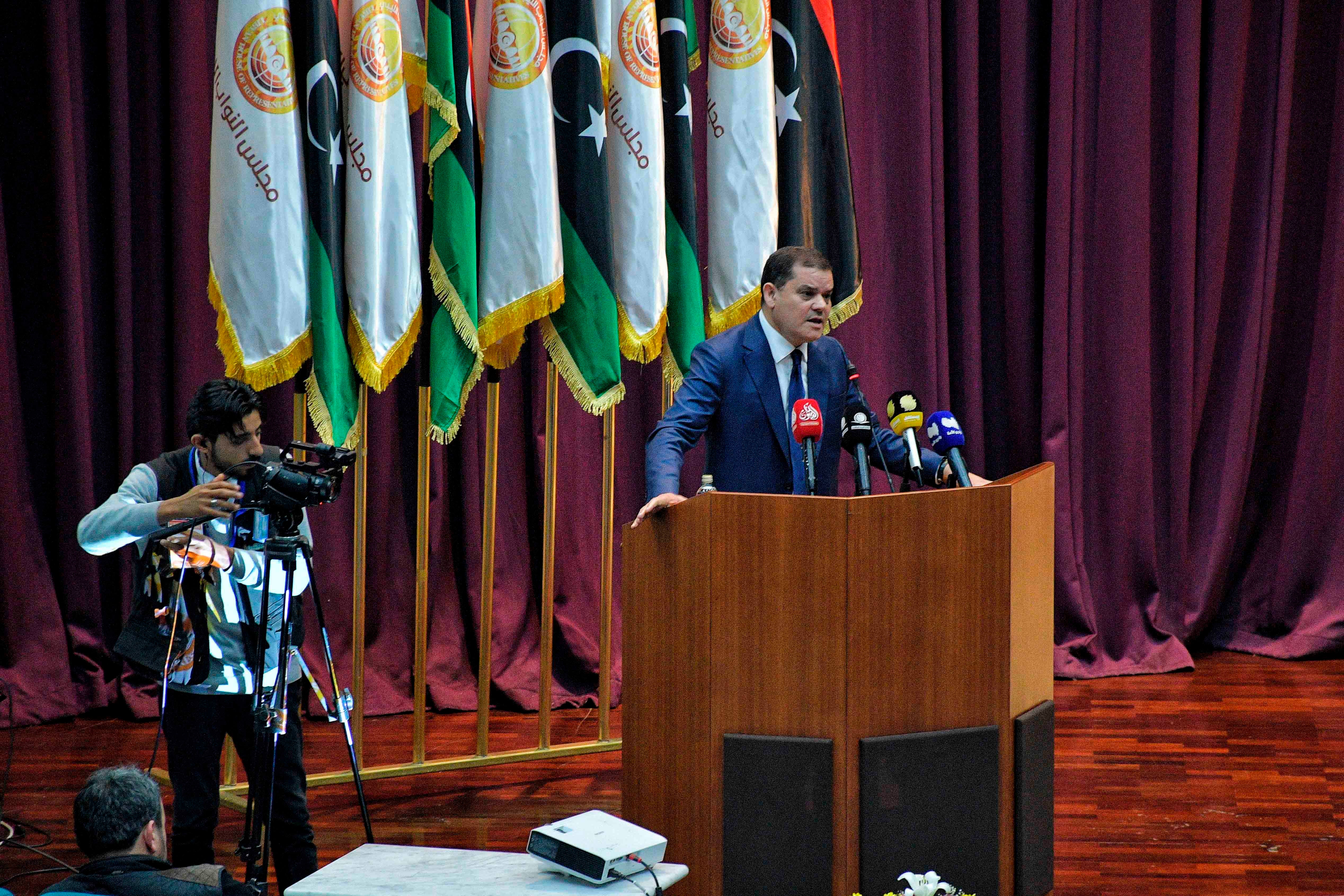 (Beirut) – The newly confirmed Government of National Unity (GNU) should commit itself to significantly improve human rights conditions in Libya and ensure that elections planned for December 2021 are free and fair, Human Rights Watch said today.

“Libya’s new government needs to urgently prioritize the rule of law, justice, and accountability, all of which are key to ensure free and fair elections,” said Hanan Salah, senior Libya researcher at Human Rights Watch. “The litmus test for the government in the December elections will be whether the authorities can protect freedom of assembly, association, and speech for those participating.”

The GNU was sworn in on March 15 despite allegations of attempted vote-buying during political talks, as confirmed by a UN expert report. The new government’s core mandate is to conduct elections for a new president and a new legislative authority on December 24. The legal and constitutional basis for holding such elections remain unresolved.

Free and fair elections require an environment free of coercion, discrimination, or intimidation of voters, candidates, and political parties. In addition to protecting free speech and assembly, election rules should not discriminate or arbitrarily exclude potential voters or candidates. The rule of law will require a functioning judiciary able to deal fairly and promptly with election and campaign disputes, such as on registration, candidacies, and results. Election organizers need to ensure that independent monitors have access to polling places.

Five months after the signing of a ceasefire deal that ended more than a year of armed conflict between foreign-backed local parties vying for legitimacy and control of the country, the human rights situation in Libya remains precarious. The country is reeling from mass displacement, civilian casualties, unlawful killings, unexploded ordnance, and destruction of critical structures, including healthcare and child education structures. Hundreds of people remain missing, including many civilians, and the authorities have made grim discoveries of mass graves with dozens of bodies that remain unidentified.

Armed groups operating with impunity as well as the existing authorities have been responsible for systematic violations, including holding thousands of people in long-term arbitrary detention, enforced disappearances, and torture. The authorities arbitrarily detain migrants and asylum seekers who pass through Libya, who then face beatings, extortion, sexual violence, and forced labor in detention centers nominally under the state, and by militias and smugglers.

Restrictive laws have undermined freedom of speech and association in Libya, and armed groups have intimidated, harassed, threatened, physically attacked, and arbitrarily detained journalists, political activists, and human rights defenders. The penal code stipulates criminal penalties for defamation and for “insulting” public officials, the Libyan nation, or flag; and imposes the death penalty for “promoting theories or principles” that aim to overthrow the political, social, or economic system.

The new government should review or revoke Decree 286 (2019) on Regulating Civil Society Organizations, issued by the Presidential Council of the Government of National Accord, which restricts freedom of association and appears to be incompatible with international human rights law, Human Rights Watch said.

Laws on peaceful assembly unnecessarily limit citizens’ ability to freely express themselves through spontaneous and organized demonstrations with unduly harsh penalties. The new authorities should ensure that any restrictions on public gatherings are strictly necessary for protecting public order.

The criminal justice system as well as law enforcement and criminal investigation departments around the country are only partially functional. Civilian and military courts operate at reduced capacity, and where they are operational, there are serious due process concerns. Courts currently are in a limited position to resolve election disputes, including registration and results, and law enforcement often lacks the ability or willingness to execute arrest warrants.

Since 2011, only a handful of cases involving people accused of serious crimes have been adjudicated. Trials that took place were marred by grave due process violations, including forced confessions, ill-treatment, and lack of access to lawyers. Prison authorities are often only nominally under the Ministries of Interior, Defence, and Justice, and armed groups operate their own informal detention facilities.

Armed groups have threatened, intimidated, and attacked judges, prosecutors, lawyers, and government officials. In November 2020, unidentified armed groups in the eastern city of Benghazi murdered a lawyer, Hanan al-Barassi, who had spoken out against militia abuses.

The High National Elections Commission, responsible for organizing elections, was established in January 2012 by the National Transitional Council and has a mandate to register voters and conduct elections.

Voter registration should be inclusive, accessible, and ensure that the largest number of eligible Libyans inside and outside the country can register. Libyans held in long-term arbitrary detention without a criminal conviction should also be considered for registration in the absence of any legal basis for disqualifying them. Special provisions should be made for thousands of displaced people and others who are not in their usual place of residence and may not have access to the civil registry. The elections commission should also ensure regular transparent audits of its voter registry.

The legal and constitutional framework for holding elections remains unclear, as the House of Representatives needs to pass an elections law to enable the election commission to hold elections.

Violence that followed the last Libyan general election, in 2014, led to the collapse of central authority and key institutions, notably law enforcement and the judiciary. Unidentified armed men assassinated the prominent human rights activist Salwa Bughaighis in her home in Benghazi on election day and kidnapped her husband, Essam al-Ghariani, who remains missing.

As a party to international human rights treaties, Libya is bound by the International Covenant on Civil and Political Rights and the African Charter on Human and Peoples’ Rights, which guarantee freedom of speech, expression, and association.

Libya is also bound by the 2002 African Union Declaration on the Principles Governing Democratic Elections in Africa, which state that democratic elections must be held under “democratic constitutions and in compliance with supportive legal instruments,” and under a “system of separation of powers that ensures in particular, the independence of the judiciary.”

A draft constitution proposed by the Libyan Constitution Drafting Assembly in July has yet to be put to a national referendum. No date has been scheduled for the referendum.

“The new government faces many challenges, but at the very least it should publicly commit to conditions enabling candidates to campaign freely, have a robust security plan for polling places, an independent audit of the voter registry, and court security to allow adjudication of disputes,” Salah said.