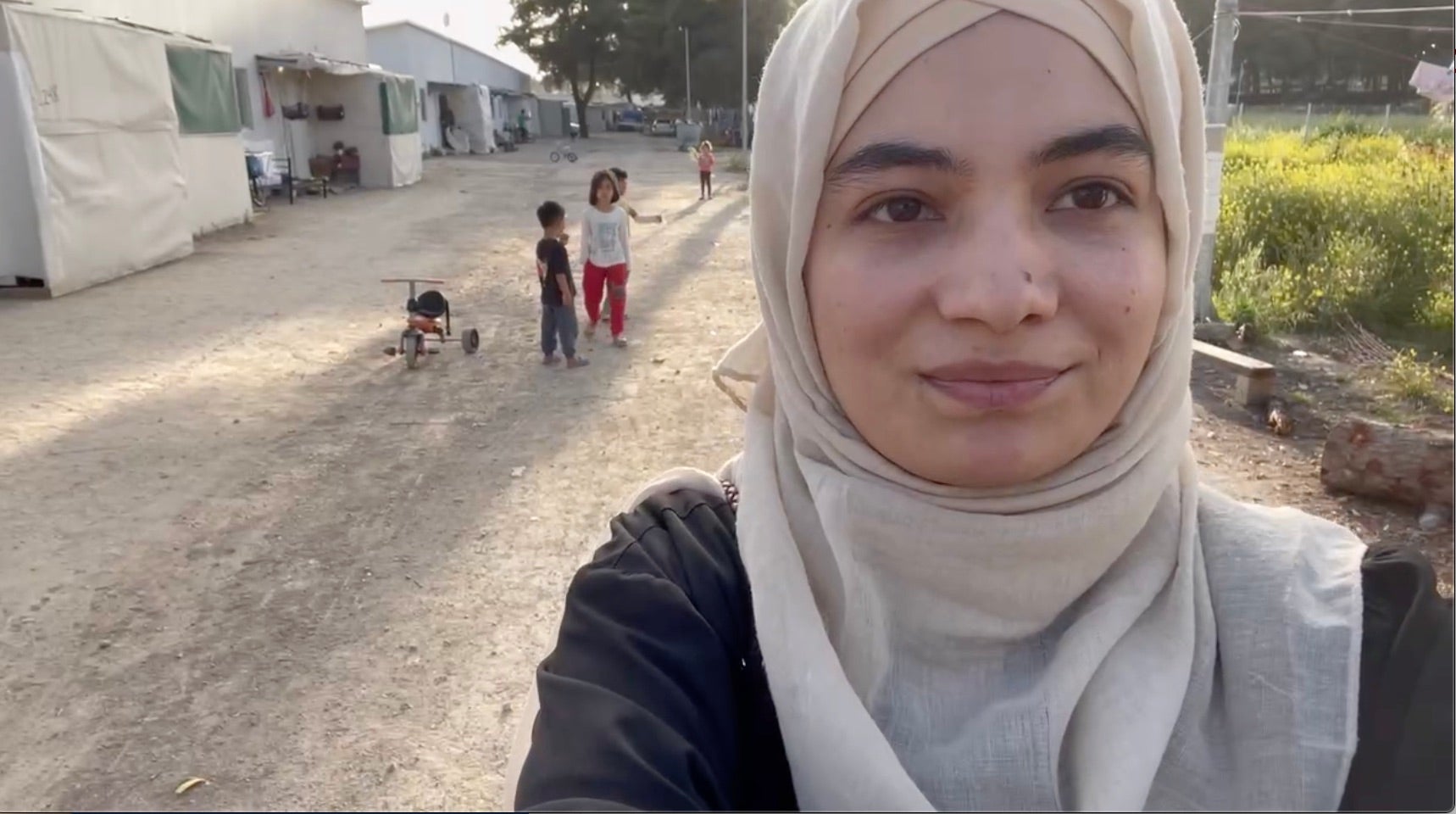 (Athens) – The Greek government should urgently reform discriminatory policies so that children seeking asylum can go to school when the new year begins on September 13, 2021, Human Rights Watch said today. Only 1 in 7 children living in camps was able to attend school in the last school year, and the authorities should immediately hire teachers, arrange for school transportation, and lift measures that block asylum-seeking children from school under the pretext of the Covid-19 pandemic.

Greece’s failure to respect asylum-seeking children’s right to education violates EU directives, which require all EU member states to integrate asylum-seeking children into their national school system within three months of identifying them, Human Rights Watch said. The European Commission, which has given billions of euros for “migration management” including education in Greece, routinely takes measures against EU member states that do not fulfill their obligations under EU law and should seek to compel Greece to end its noncompliant, discriminatory policies.

“The Greek government needs to fix access to education for refugee children before the start of this coming school year,” said Bill Van Esveld, associate children’s rights director at Human Rights Watch. “The European Commission should demand better results, and protect the rights and futures of thousands of children.”

Human Rights Watch spoke with 9 families with 20 school-age children living in mainland camps, 2 education ministry staff who work in camps, and 8 humanitarian staff working in camps on the mainland and the Aegean islands and reviewed numerous documents and reports about the situation.

In a January decision that was only made public on July 12, the European Committee of Social Rights, the Council of Europe body that monitors and adjudicates compliance with the European Social Charter, held that Greece is violating the rights of asylum-seeking children, including the right to education of children on the Greek islands where new arrivals from Turkey are contained. Greece had not put in place the “immediate measures” to “ensure access to education” that the Committee indicated were necessary in May 2019, the decision says.

More than 10,400 school-age children seeking asylum in Greece live in camps on the mainland and the Aegean islands, but 86 percent of these children were not attending school in early 2021, the Greek Ombudsman for children’s rights reported in April. In the island camps, only 7 of 2,100 school-age children had attended school. According to UN and government data, during the 2019-2020 school year, a total of 31,000 school-age refugee children were living either inside or outside of camps, but only about 13,000 were enrolled. The government does not publish enrollment figures.

Children seeking asylum in Greece are “severely discriminated against” by persistent delays in opening classes for children who do not speak Greek, the Greek Ombudsman reported. An education officer at a Greek humanitarian group said that: “Every year, the classes are delayed. In 2019 they started in November. This year, it was late January.”

The ministry waited until December 15 to advertise hundreds of teaching positions needed for classes in the academic year that began in September, and in some areas had not advertised any teaching positions by January, according to a humanitarian group, Refugee Support Aegean.

Greek regional authorities are responsible for providing transportation from camps to schools but failed to provide any from many mainland camps for months after the start of the school year in 2020-21 and in previous years, according to the ombudsman and parents and staff of child protection organizations interviewed.

Barriers to education were exacerbated for all children in Greece by restrictions imposed to limit the spread of the virus that causes Covid-19. In-person schooling was halted on March 10, 2020 and partially restarted in mid-May before summer vacation in June. The start of the 2020-21 school year was delayed by one week, until September 14, high schools provided only distance learning until February 2021, and all schools in the country were closed for most of the period from November 2020 to February 2021.

Asylum-seeking children were disproportionately affected. Even when schools were open for Greek children, children in camps across Greece could not attend, said four agency staff and two Education Ministry coordinators who work in different camps on the mainland.

Farhat, 50, has lived with his family in Ritsona camp in the outskirts of Athens for 17 months, and before that in Moria camp on Lesbos island for 7 months. His three school-age children had only been to school in Greece for one month, he said: “For more than a year it’s been quarantine and lockdown, so everything is closed. They don’t go to school, no activity, no anything.”

Beginning in March 2020, officials locked down camps in response to relatively small numbers of Covid-19 cases, and did not allow schoolchildren to leave. Government decisions about Covid measures allowed camp managers to lock down camps but did not address children’s access to education, which is compulsory until age 15, education workers said. “Camp managers generally want kids in schools, but local politicians don’t,” and some officials had arbitrarily refused to allow children in camps to enroll, an education coordinator said.

About 480 children in Malakasa camp were unable to enroll last year because local officials said there were “not enough classroom spaces,” the ombudsman reported. Local officials refused to let children from Ritsona camp enroll in schools nearby because “they claim they don’t have the money for [school] heating, or that they would need more janitors,” a worker with a humanitarian group said. An education coordinator in Ritsona camp wrote in a newspaper opinion piece that from January to September 2020, about 850 children were left “waiting for school, like Godot is awaited in Beckett’s play.”

Shamsiya, 28, said that his 8-year-old son waited six months to be able to attend school after they arrived in Oinofyta camp, until “He was going with a bus to the school. They were good teachers, my son had no complaints, he was happy. But for the last 10 months, with the quarantine, he never went to school. He was crying when they closed the school for the quarantine. He wanted to keep going. He learned fast.”

When schools were physically closed, children in camps had almost no access to distance learning due to the lack of Wi-Fi and devices, families said. A father of four school-age children in the Malakasa camps near Athens said that when schools closed in March 2020, camp officials “told us that the kids would be able to study online, but they never came back to tell us how.”

“There are supposed to be Wi-Fi hotspots in camps, but none of them is working,” a refugee education coordinator said, based on discussions with coordinators in other camps. The Education Ministry gave some Greek schools and students laptops and tablets for distance learning, but to his knowledge, it “did not give even one laptop to refugees,” he said.

The EU says it has allocated €3.45 billion (US$4.12 billion) in “migration management” funding to Greece since 2015, including education projects, as well as €625 million in support to inter-cultural schools. Separately, in 2020 the EU helped finance an additional €816 million (US$975 million) of Greece’s national education budget, including for refugee children. The EU has shifted funding from nongovernmental groups and UN agencies to the Greek government directly, but Greece has failed to spend substantial amounts of the EU support it received for refugee integration, a coalition of humanitarian groups found.

In a positive move, UNICEF and Greece in June agreed on a plan to provide all school-age refugee children with formal and nonformal education over three years, beginning in the new school year in September. The plan, based on a proposal by Theirworld, a global education charity, is contingent on €34 million ($40.3 million) in funding, or roughly €1 per child per day. The European Commission should provide full support for this plan, Human Rights Watch said.

Some local officials have proposed opening schools in camps instead of allowing children to attend public schools, which would deny the children an opportunity to integrate or to have a regular respite from the grim conditions of the camps. Greece should welcome children into the national education system, as EU and Greek law require and consistent with the best-interests-of-the-child principle, Human Rights Watch said. The European Commission should reconsider its support to other projects in Greece that could limit children’s access to quality education, such as the construction of new, closed camps in remote locations on the islands, building concrete walls around camps, and plans to build walls and fences around 24 more mainland camps.

“The future of tens of thousands of children who fled to Europe for safety depends on the decisions taken now by Greek and European Commission officials,” Van Esveld said. “The Greek government has repeatedly promised to provide education for all children without discrimination, and its actions before the start of the new school year will be the test.”