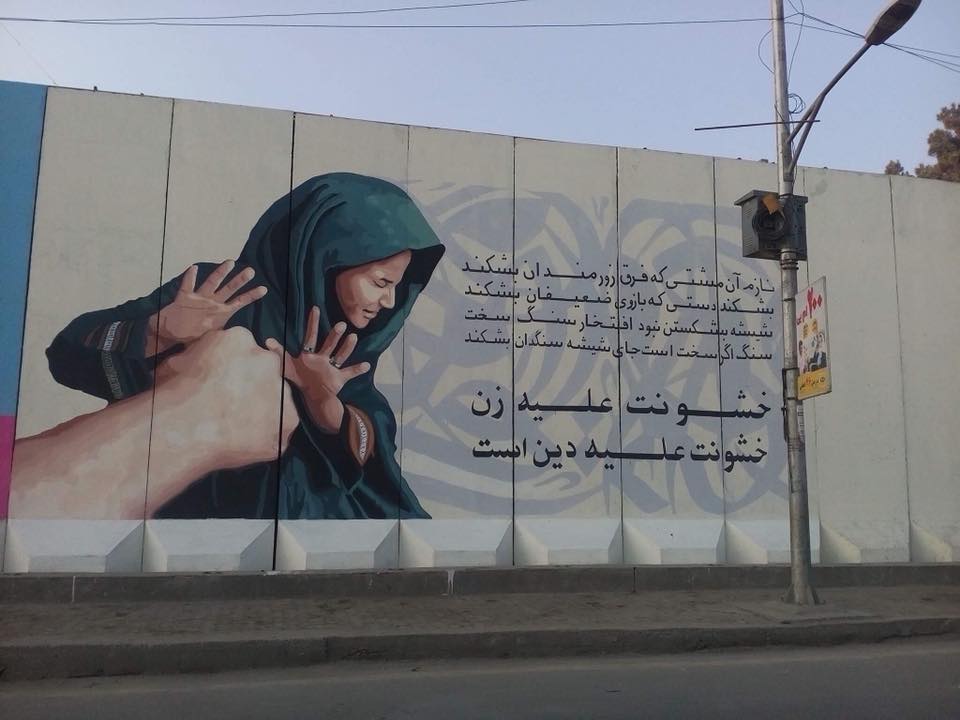 The 32-page report, “‘I Thought Our Life Might Get Better’: Implementing Afghanistan’s Elimination of Violence against Women Law,” focuses on the experiences of Afghan women in their attempts to pursue justice against family members and others responsible for violence. Human Rights Watch found that limited enforcement of the landmark Elimination of Violence against Women (EVAW) law has left many women and girls with no path to key protections and justice. With the Taliban making sweeping territorial gains, the prospect of a Taliban-dominated government also threatens constitutional and international law protections for Afghan women’s fundamental rights.

With donor funding and global interest in Afghanistan declining alongside the withdrawal of foreign troops from Afghanistan, women’s rights organizations and other civil society groups have raised concerns that there will be less international support for the advocacy and training needed to protect and strengthen implementation of the law. Such support has been critically important in protecting women and girls, Human Rights Watch said.

The report is based on 61 interviews with women and girls who had reported crimes, prosecutors, judges, lawyers, legal aid providers, and advocacy groups.

Since 2001, legal reforms in Afghanistan, along with expanded educational and employment opportunities, have been heralded as significant advances for Afghan women and girls. Improvements in legal protections emerged through the training of a cadre of women lawyers, prosecutors, and judges, and the adoption of new laws. Among the most important of these was the EVAW law.

The EVAW law, decreed by the president in 2009 and reconfirmed in 2018, makes 22 acts of abuse toward women criminal offenses, including rape, battery, forced marriage, preventing women from acquiring property, and prohibiting a woman or girl from going to school or work. Despite considerable resistance from conservatives inside the Afghan judiciary and parliament, the law has contributed to some genuine progress, facilitating a rise in both reporting and investigations of violent crimes against women and girls.

However, full implementation of the law remains elusive, with police, prosecutors, and judges often deterring women from filing complaints and pressing them to seek mediation within their family instead. For women who experience abuse, family pressure, financial dependence, stigma associated with filing a complaint, and fear of reprisals, including losing their children, have also created formidable obstacles to registering cases.

From the moment an Afghan woman or girl decides to file a complaint under the EVAW law, she faces resistance. In many cases involving violence from a male family member – often the husband – police discourage women from filing a case and pressure her to go home and reconcile. A woman in Herat whose husband frequently beat her said that when she complained, his parents told her that “a husband has such rights.”

Even if a woman manages to file a case, pressure from relatives frequently compels her to withdraw it. A woman who had been beaten repeatedly by both her father and her husband said that the prosecutor and her attorney told her to return home and “sacrifice herself for her children.” In most cases, women do not have access to lawyers.

Women are also pressured to accept mediation to resolve complaints and are put at risk by being coerced to reconcile with their abuser. Although the law prohibits mediation in cases of particularly egregious harm, some officials refer women and their relatives to mediation even for violent crimes, bypassing the justice system altogether and reinforcing impunity for the most serious crimes.

Police failure to arrest suspects is one of the most common reasons that cases do not progress. Police are particularly reluctant to arrest husbands accused of violence against their wives. While the revised 2018 penal code stipulates that “honor” is not a defense in a murder case, “honor killings” remain widespread. Particularly in rural areas, judicial authorities often condone them.

Many women and girls who report violent crimes against them, including but not limited to sexual assault, describe being subjected to invasive and abusive vaginal examinations, or “virginity tests,” a widely discredited practice with no scientific basis. Reported “findings” are often accepted as evidence in court, sometimes contributing to long prison sentences for the women and girls. Although the World Health Organization (WHO) issued guidelines in 2014 saying that such tests have no scientific validity, they remain widespread.

Despite its limitations and weak enforcement, the EVAW law is a critical legislative tool for combatting discriminatory and violent offenses against women and girls in Afghanistan. Among some jurists, the law has given other rights-promoting laws, like the anti-harassment law, a foothold, and has begun to change perceptions about addressing violence in the home and in larger Afghan society.

Growing Taliban influence and control, and the possibility of a future coalition government with conservative politicians, has heightened fears among Afghan women’s rights advocates that legislation like the EVAW law will be in danger.

“It’s vital for Afghanistan’s international partners to continue to provide substantial financial and political support to preserve the legal reforms that ensure protections for women facing violence inside and outside the home,” Gossman said.