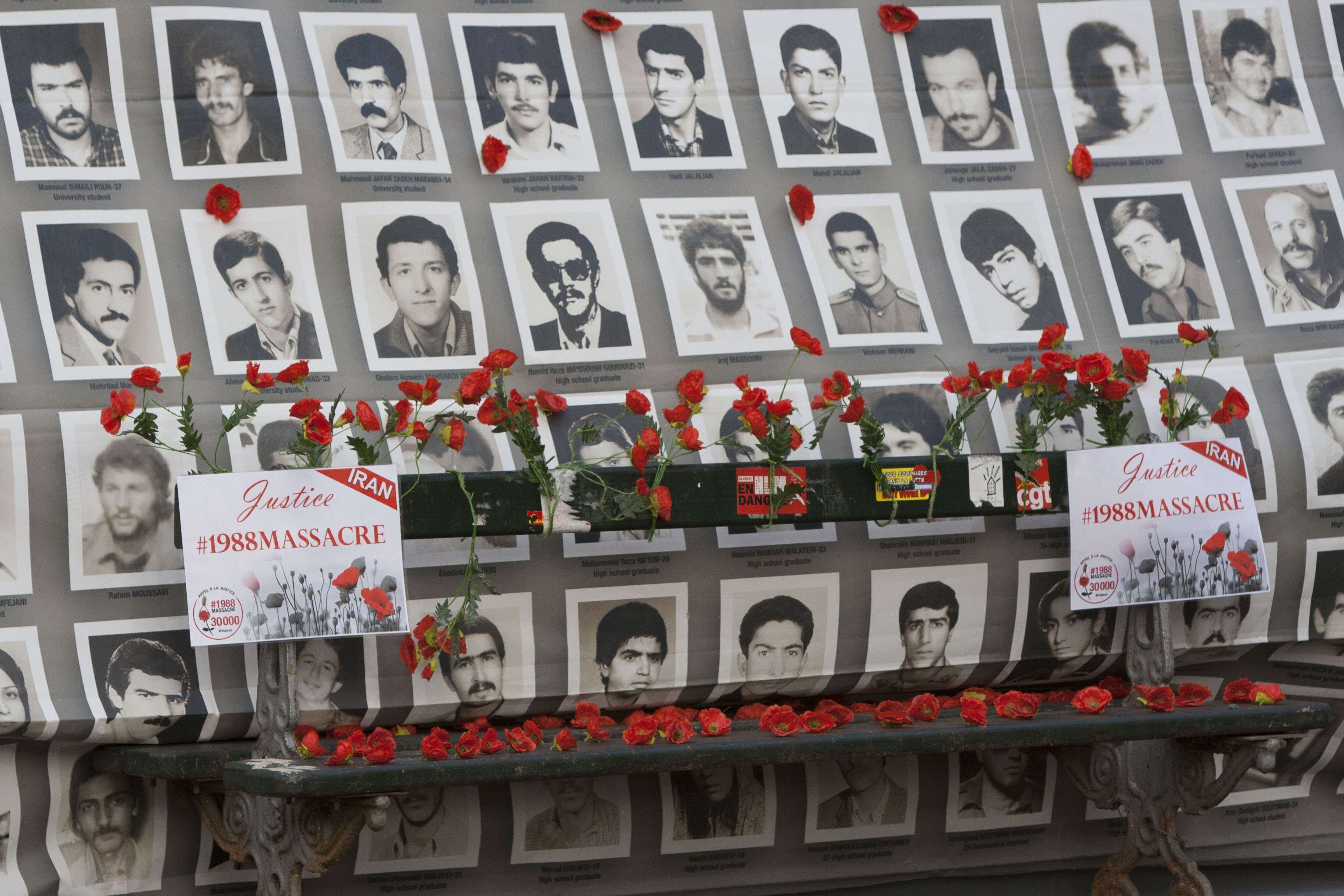 (Stockholm) – The opening of a landmark trial in Sweden on August 10, 2021 of an Iranian citizen accused of participating in the mass execution of political prisoners is an important moment for victims long denied recognition and justice.

On July 27, Swedish prosecutors announced their decision to prosecute an Iranian citizen for “committing grave war crimes and murder in Iran during 1988.” Prosecutors did not reveal the identity of the suspect, who has been detained in Sweden since November 2019.

“This milestone trial in Sweden comes after decades of persistence by Iranian families and victims of the 1988 mass executions,” said Balkees Jarrah, associate International Justice director at Human Rights Watch. “This case moves victims closer to justice for the crimes committed more than 30 years ago.”

The trial in Sweden is possible because the country’s laws recognize universal jurisdiction over certain serious crimes under international law. This allows for the investigation and prosecution of these crimes no matter where they were committed and regardless of the nationality of the suspects or victims. Sweden has elements in place to allow for the successful prosecution of serious crimes, including comprehensive laws, well-functioning specialized war crimes units, and previous experience with such cases.

Swedish prosecutors clarified that “Swedish domestic legislation does not include crimes against humanity committed before 1 July 2014 and could not be relied on in this indictment as the alleged criminal acts took place before that date. Therefore, the indictment involves crimes against the international law i.e. war crimes as well as murder.”

On July 18, 1988, Iran accepted United Nations Security Council Resolution 598, calling for a ceasefire in the eight-year war between Iran and Iraq. On July 24, 1988 the largest armed Iranian opposition group, the Mojahedin-e Khalq Organization (MKO or MEK), which had been based in Iraq since 1986, opened an incursion into Iran.

The group’s armed force in Iraq, which was called the National Liberation Army, attempted to topple Iran’s government. Iranian forces repelled the offensive, and Iranian authorities subsequently executed many political opponents then in prison, including many MKO members who had been arrested and sentenced years earlier.

Following a religious edict by Ayatollah Khomeini establishing a committee to review the cases of thousands of political prisoners, the Iranian authorities in 1988 executed thousands of political prisoners held in Iranian jails. Iranian authorities have never officially provided any information about the number of prisoners executed. However, the late Ayatollah Hussein-Ali Montazeri, the former deputy supreme leader, estimated the number of victims to be between 2,800 and 3,800. Amnesty International has reported that the “Iranian Committee for the Defence of Human Rights in Iran, a human rights group outside Iran … has recorded the names of 4,672 individuals killed during the mass prisoner killings in 1988 who were affiliated with the... [MKO] or leftist or other political opposition groups.”

In August 2016, Montazeri’s family published an audio file, originally recorded in August 1988, in which he harshly criticized the executions in a conversation with the committee, calling it “the biggest crime in the Islamic Republic, for which history will condemn us.”

Iranian authorities have long sought to silence and prosecute those seeking justice for crimes committed in 1988. Following the release of the audio file, Iran’s Special Court of the Clergy sentenced Ahmad Montazeri, Ayatollah Montazeri’s son, to 21 years in prison in November 2016 on charges including “spreading propaganda against the system” and “revealing plans, secrets or decisions regarding the state’s domestic or foreign policies … in a manner amounting to espionage.” The sentence was later suspended.

Human Rights Watch, Amnesty International, and a group of UN human rights experts have all previously described the 1988 mass executions as a crime that constitutes or “may amount to” crimes against humanity, which are among the most odious crimes in international law. Those credibly implicated should be investigated and prosecuted for these crimes, Human Rights Watch said.

Iranian officials Morteza Eshraghi, Hossein Ali Nayeri, and Mustafa Pour-Mohammadi served as the members of the committee that decided the fate of the detainees in Iran. According to survivors, President Ibrahim Raeesi, then Tehran deputy prosecutor, also participated in the meetings. All four were sent letters from Ayatollah Montazeri discussing the mass executions, as well as a released audio file with their voices discussing the issue. Allegations of President Raeesi’s involvement in the 1988 mass executions do not appear to be part of this Swedish trial.

Universal jurisdiction cases are an increasingly important part of international efforts to hold those responsible for atrocities accountable, provide justice to victims who have nowhere else to turn, deter future crimes, and help ensure that countries do not become safe havens for human rights abusers, Human Rights Watch said.

“Universal jurisdiction laws are a key tool against impunity for heinous crimes, especially when no other viable justice option exists,” Jarrah said.