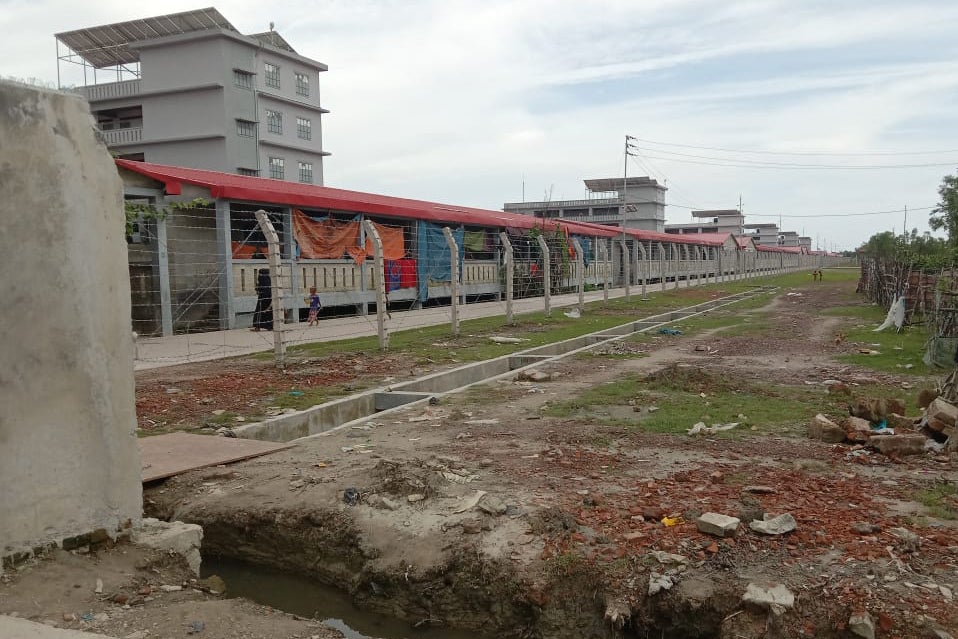 The Bangladesh government should permit Rohingya refugees to leave Bhasan Char so they can safely reunite with their families at the refugee settlement in Cox’s Bazar. The government, which is reportedly finalizing plans with the United Nations to start operations on the island, should make the safety and protection of the refugees a priority, including by allowing them freedom of movement to return to Cox’s Bazar.

“The arrests of Rohingya refugees trying to escape what has been described as a ‘prison island’ shows that assurances from Bangladesh authorities of voluntary relocation and freedom of movement were a hoax,” said Meenakshi Ganguly, South Asia director at Human Rights Watch. “The government needs to demonstrate that Bhasan Char is safe and habitable, including by allowing refugees to come and go freely.”

Only 15 people are known to have survived the August 14 capsize; 11 bodies were recovered and 16 people remain missing. At least 200 refugees attempting to escape dire conditions on Bhasan Char have been arrested since May, although aid workers suspect the actual number is much higher, and the arrests continue.

Human Rights Watch spoke with four Rohingya refugees who survived the capsize, and seven relatives of refugees who were arrested on August 18 for trying to flee the island.

A 36-year-old man who survived the capsize along with his wife but lost all three of their children said he paid 30,000 taka (US$350) to Bangladeshi middlemen who assured safe passage for his family to the port city of Chattagram by fishing boat. After the boat capsized, a Bangladesh rescue team brought them back to Bhasan Char, where the authorities later interrogated them. “The police official was shouting at us saying it would be better if we had also drowned like our children,” his wife said. “That officer is right. Why am I alive? We failed to go back to Cox’s Bazar, and I lost all my children.”

Another survivor said that she and her husband had risked fleeing because of their desperate lives on Bhasan Char: “My husband is not allowed to work or earn anything. Now he sits idle all day. We are falling ill but have no access to proper medical treatment.”

Following a meeting in July with a UN delegation, Bangladesh authorities announced that they would relocate an additional 80,000 refugees from Cox’s Bazar to the island starting in October. It is unclear how Bhasan Char will sustain a population of over 100,000 given that the 20,000 people currently living on the island already face inadequate health care, a lack of education and livelihood opportunities, food shortages, and abuses by security forces. A recent diarrhea outbreak on the island claimed lives because of a lack of medical supplies during the monsoon season.

Media reports suggest that the UN is planning to commence operations providing aid on Bhasan Char in the coming months. The UN should press Bangladesh authorities to respect refugees’ freedom of movement and to allow the UN unfettered access to the island, including to speak with refugees without Bangladesh authorities present, Human Rights Watch said.

Refugees who manage to cross safely to the mainland are at risk of arrest. Local residents detained some and then handed them over to the police.

On August 18, Bangladesh police allegedly arrested nine Rohingya refugees who had fled from Bhasan Char. Abu Zafar said his son was among them. “He is not even an adult,” Zafar said. “He was forced to go to Bhasan Char, but when I asked for my son to be safely returned, the CIC [Camp in Charge] said that the only way I could meet my son is for me to relocate to Bhasan Char.”

Refugees said that after the recent capsize and arrests, the authorities ordered camp leaders to guard the island at night to prevent people from escaping. Camp leaders allegedly issued a warning that anyone caught trying to escape would be falsely accused of smuggling recreational drugs, which can lead to indefinite detention without bail.

The Rohingya refugees in Bangladesh have fled crimes against humanity and acts of genocide by the Myanmar military. On August 25, it will be four years since the military began a massive campaign of ethnic cleansing that forced over 730,000 people to cross the border. Bangladesh, which is now hosting over a million Rohingya refugees, wants them to safely and voluntarily return to Myanmar.

Since staging a coup on February 1, the Myanmar military has carried out a crackdown throughout Myanmar resulting in several hundred killings, arbitrary detention, enforced disappearances, and torture that amount to crimes against humanity. The 600,000 Rohingya remaining in Rakhine State also face the ongoing crimes against humanity of apartheid, persecution, and severe deprivation of liberty.

The Myanmar military has not been held to account for past or ongoing human rights violations, making the safe return of refugees impossible, Human Rights Watch said.

“Despite facing decades of atrocities in Myanmar, the Rohingya desperately want to go back to their homes,” Ganguly said. “But until it is safe for them to do so, the UN, humanitarian agencies, and international donors should press the Bangladesh government to uphold its obligations to protect refugees instead of forcing them onto an unstable island.”