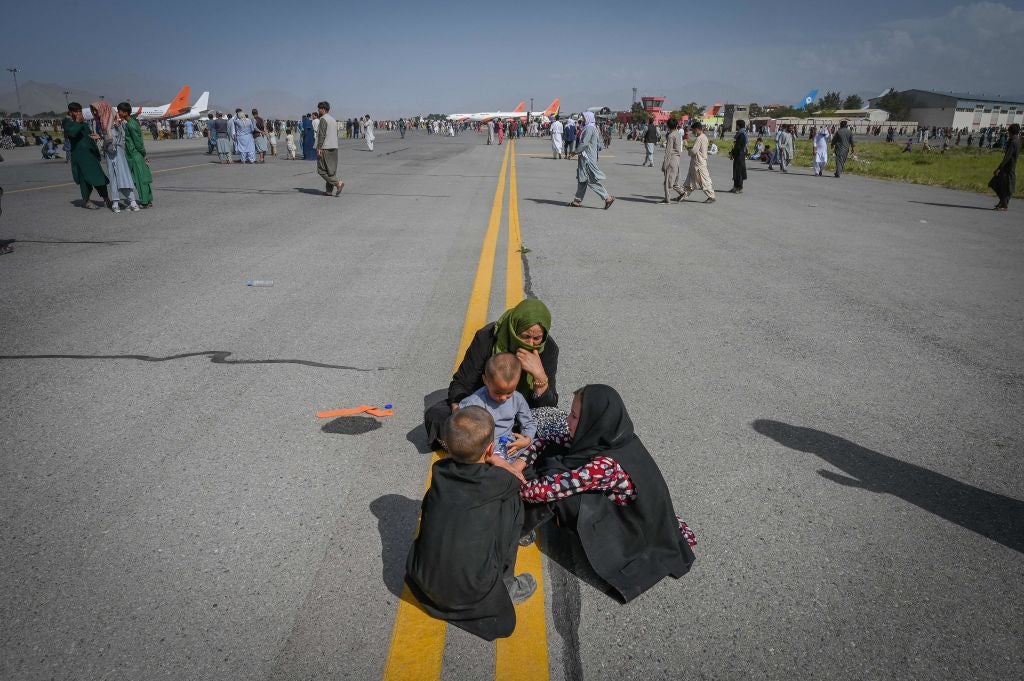 The G7 is holding a virtual summit on August 24, 2021. European Commission President Ursula Von der Leyen is expected to call at the meeting for a global refugee resettlement plan for Afghans. G7 members France, Germany, the UK, and Italy should support this and take the lead to set an example for other governments, Human Rights Watch said. The G7 also includes Canada, Japan, and the United States.

“People in Afghanistan who are facing serious risks of persecution from the Taliban present a landmark test of shared humanity and responsibility,” said Hugh Williamson, Europe and Central Asia director at Human Rights Watch. “Right now, Europe’s G7 members should do all they can to evacuate as many at-risk Afghans as possible and to ensure that these countries have policies in place to facilitate resettlement and other safe pathways for many more Afghans in the coming weeks and months.”

The US is currently heading what has been a chaotic evacuation at Kabul’s airport of foreign citizens and at-risk Afghans.

European states with a presence at the airport are working to evacuate their own citizens and Afghan staff with their families, as well as Afghans at risk. Spain has set up a reception camp in Madrid with a capacity of 800 for Afghans who worked with European institutions and projects. Afghans evacuated there are supposed to remain a maximum of 72 hours before either applying for asylum in Spain or being relocated to another EU country. Only a few EU member states have pledged to take in an unspecified number of people from the camp. A few western Balkan states have agreed to take a small number of evacuated Afghans to process for onward resettlement.

Most European governments have not outlined concrete plans to facilitate access to their territory via humanitarian visas or family reunification, among other possible safe and legal pathways. Austrian Chancellor Sebastian Kurz ruled out admitting any Afghans to Austria, citing his county’s “disproportionately large contribution” to hosting Afghan refugees. Similarly, Greek ministers have said they will block Afghans from entering the EU via Greece, and announced the completion of a 40 kilometer (25 mile) wall along its border with Turkey.

In a positive move, Germany’s Interior Minister Horst Seehofer has said that Afghans “especially deserving of protection” will have access to a three-year residency permit without having to apply for asylum.

So far, no EU country has pledged concrete numbers for resettlement of Afghans from countries of first arrival or transit. European Commissioner on Migration Ylva Johansson has called for countries to increase resettlement quotas as well as “offer complementary legal pathways,” and the Commission has promised increased funding for EU countries to support resettlement. The United Kingdom has pledged to resettle 5,000 Afghans in the first year, and another 15,000 at a later point. Canada has pledged to admit an additional 20,000 Afghan refugees.

While European leaders and the EU should increase their support to countries hosting large numbers of Afghans, they should also help minimize recourse to dangerous irregular journeys by expanding safe and legal migration channels. At the same time, it is vital for European states to guarantee that Afghans arriving at their external borders can apply for asylum, and not simply through resettlement schemes. Pushbacks, collective expulsions, refusing entry, or otherwise denying Afghan refugees access to apply for asylum is a serious breach of EU asylum directives and international refugee law.

“European leaders should take responsibility and communicate compassion, not fear, toward Afghan refugees,” Williamson said. “Europe’s long involvement in Afghanistan, and its leadership role as a humanitarian donor, underscores its continuing responsibility to help Afghans now fleeing for their lives.”