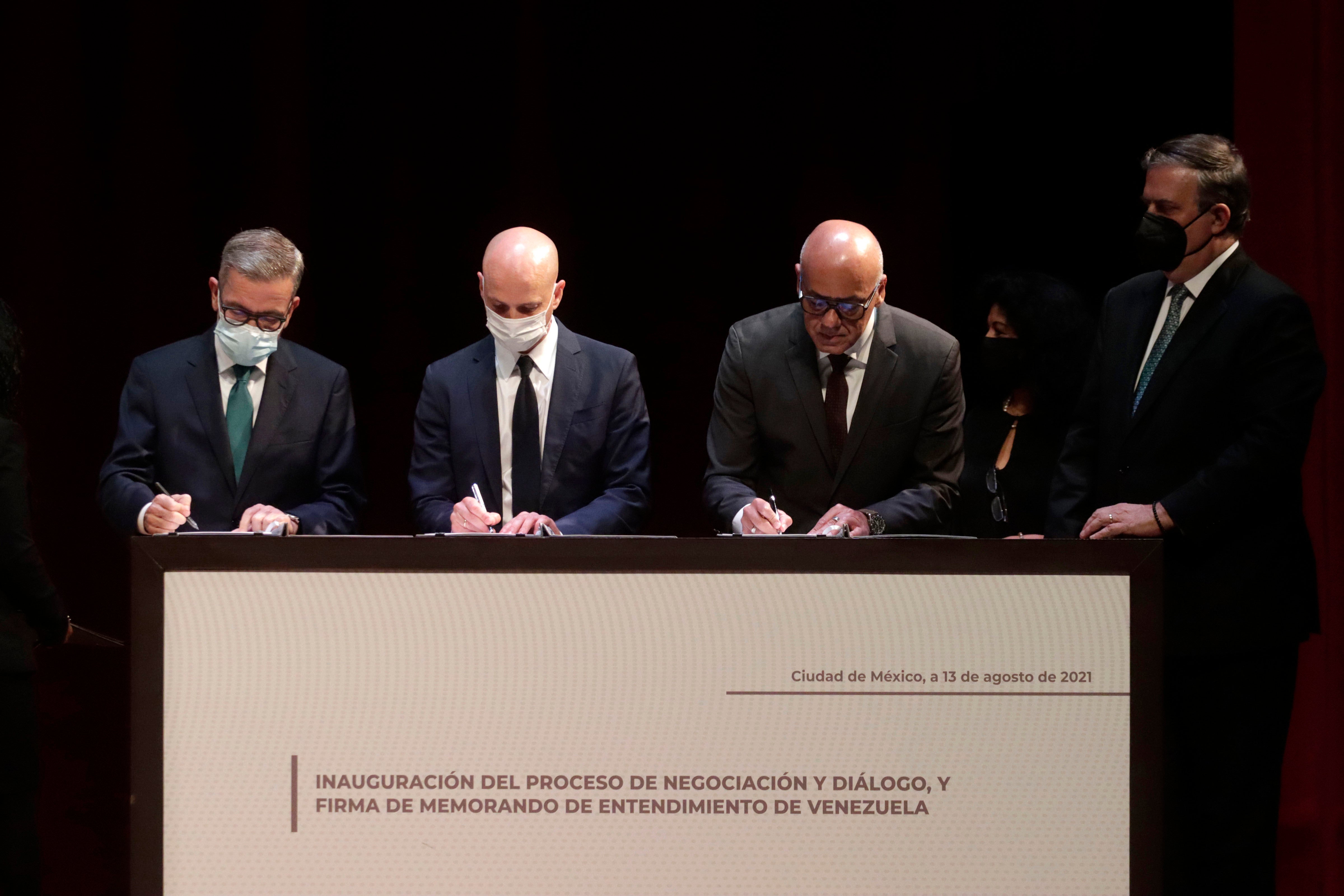 (New York) – Nicolás Maduro’s representatives should commit to taking basic steps to restore respect for human rights and to holding free and fair elections when they sit down at the negotiating table with the Venezuelan opposition in September 2021, Human Rights Watch said today.

On August 13, government and opposition representatives met in Mexico, with Norway mediating, to determine the agenda that would guide negotiations. The Netherlands and Russia will participate as well, and several other countries have supported the process. They held follow-up meetings on August 14 and 15, and are scheduled to meet again from September 3 to 6.

“Venezuela is facing a devastating human rights and humanitarian emergency that should be front and center in any political negotiation,” said José Miguel Vivanco, Americas director at Human Rights Watch. “For this type of negotiation to be a success, it needs to include tangible results that will restore the rule of law and the exercise of fundamental rights in Venezuela, including ending censorship and repression, freeing political prisoners, and allowing apolitical humanitarian aid into the country. It also needs to ensure rigorous follow-up and international monitoring of the agreements’ implementation.”

Prior negotiation attempts, most recently in Barbados in 2019, failed. For the 2021 talks, government and opposition representatives negotiated to address, in the agreement’s words, “political rights for everyone,” “electoral guarantees for everyone,” an “electoral calendar to carry out observable elections,” “lifting sanctions,” “respecting the constitutional rule of law,” “political and social coexistence, renouncing violence, reparations for victims of violence,” “protection of the national economy and measures for social protection for the Venezuelan people,” and “guarantees to implement, follow-up and verify the agreements.”

On August 15, following the initial negotiations, the authorities released Freddy Guevara, an opposition politician arbitrarily detained a month ago.

In July, Human Rights Watch presented a summary of conditions in Venezuela and recommendations to restore the rule of law and human rights to the United Nations Human Rights Council in Geneva, to inform the review of Venezuela under its Universal Periodic Review procedure in early 2022. Under the UPR process, each country’s human rights record is subject to a peer review by other countries every four years.

Human Rights Watch reported that the Maduro government’s brutal repression continues, with security forces and armed pro-government groups committing egregious abuses, including extrajudicial killings, short-term enforced disappearances, arbitrary arrests, and torture. The United Nations Independent International Fact-Finding Mission on Venezuela and the Office of the Prosecutor at the International Criminal Court (ICC) concluded that there was a reasonable basis to believe that crimes against humanity had been committed in Venezuela.

Venezuelan authorities are harassing and prosecuting independent journalists and civil society organizations that work to address the country’s ongoing human rights and humanitarian emergency, which has left millions of Venezuelans unable to access basic health care and adequate nutrition and rendered the country ill-prepared to deal with the Covid-19 pandemic. More than 5.6 million Venezuelans have fled the country, generating the largest migration crisis in Latin America.

The Maduro government representatives should also commit to ensuring that the Attorney General’s Office:

The situation in Venezuela, an ICC member country, has been under preliminary examination by the court’s Office of the Prosecutor since February 2018. At the end of her mandate in mid-June 2021, then-ICC prosecutor Fatou Bensouda announced that her office had concluded its preliminary examination. She did not make these conclusions public, given then-pending litigation before the court by Venezuelan authorities asking for ICC oversight of the prosecutor’s examination. The ICC pretrial chamber dismissed Venezuela’s request.

The new ICC prosecutor, Karim Khan, must now determine whether to move ahead with a formal investigation. In reaching such determinations in accordance with criteria set out in the Rome Statute, the ICC treaty, the Office of the Prosecutor examines whether relevant and genuine national proceedings already exist in relation to potential cases that could be included in an ICC investigation, making ICC proceedings unnecessary.

“Unless there are robust and independent investigations in Venezuela into those most responsible for egregious abuses, which would require an overhaul of the country’s dysfunctional and politized justice system, the ICC will have a critical role to play as a court of last resort,” Vivanco said.