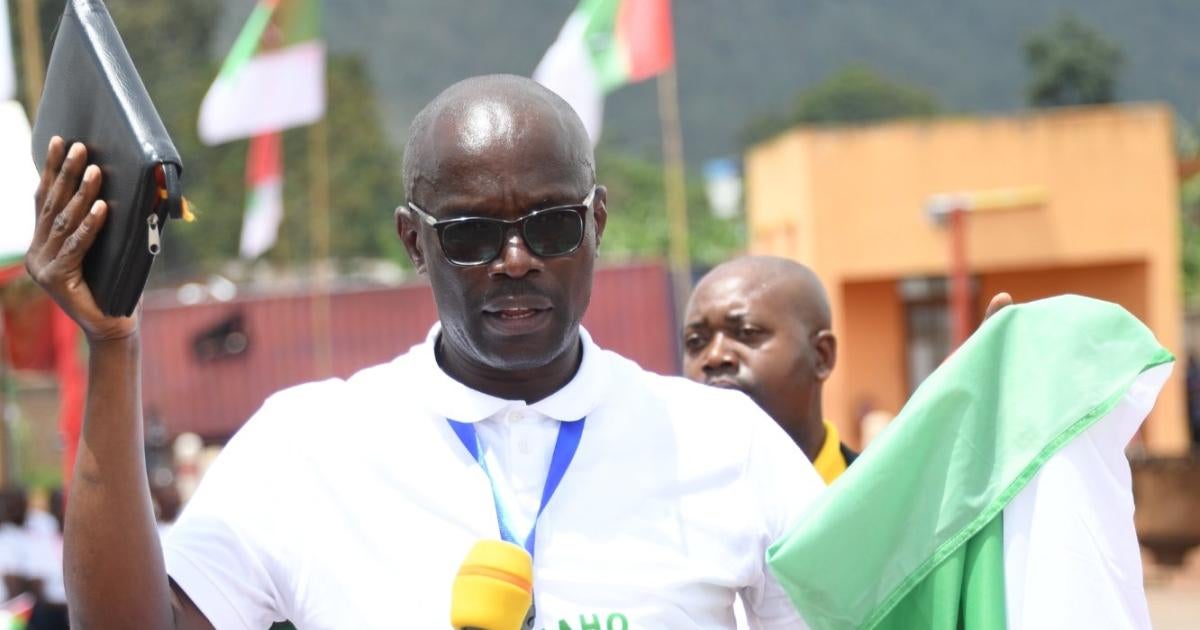 The head of Burundi’s ruling political party gave an appalling speech at a public event this week commemorating Lt. Gen. Adolphe Nshimirimina, who, before he was killed seven years ago, oversaw human rights violations including the killing, torture, and arbitrary arrest of suspected political opponents.

The speech was given by Révérien Ndikuriyo, the secretary general of the Burundi’s ruling party, to which Nshimirimina also belonged, the National Council for the Defense of Democracy – Forces for the Defense of Democracy (Conseil national pour la défense de la démocratie-Forces pour la défense de la démocratie, CNDD-FDD). Ndikuriyo’s words were a slap in the face for Nshimirimana’s victims.

Ndikuriyo then launched a shocking attack on international human rights organizations documenting abuse in Burundi today, including by members of the ruling party’s notorious youth league, the Imbonerakure. Ndikuriyo boasted about the party’s strategy to militarize the youth league, whose members commit abuses across the country.

That a known human rights violator continues to be idolized is bad enough, but it is compounded by the diplomatic community’s failure to take a public stance against these developments. On the same day that Ndikuriyo was attacking international human rights groups, the European Union ambassador to Burundi held a meeting with President Évariste Ndayishimiye.

Seven years ago, on August 2, 2015, Nshimirimana, the former head of the intelligence service and a close ally of then-President Pierre Nkurunziza, was killed when unidentified men opened fire on his vehicle in Bujumbura, Burundi. One of the country’s most powerful and brutal figures, he was seen as untouchable.

Nshimirimana’s assassination took place as the country descended into a protracted human rights crisis, triggered by Nkurunziza’s decision to run for a controversial third term. Protesters were killed, tortured, and jailed. Civil society organizations and independent media were decimated, with almost all of their leaders forced into exile. The day after Nshimirimana’s death, a leading Burundian human rights defender, Pierre Claver Mbonimpa, was shot and injured.

At the time, the international community reacted forcefully to the unfolding human rights crisis, by imposing targeted sanctions, restrictions on funding, and establishing a United Nations commission of inquiry on Burundi to investigate grave human rights violations.